By Richard Evans
(For Henrymakow.com)


In 1947: a young officer of the Soviet Military Administration (SVAG) in occupied East Germany defected to the West.  Gregory Klimov (left) didn't have any Soviet weapons secrets but he brought something far more valuable to the CIA.  He understood the hidden workings of Soviet system.

Klimov discovered that the Soviet system was dominated by a secret society of sociopaths bonded by a common pathology termed 'the power complex'. "This complex is usually associated with suppressed sadism, which in turn is result of latent homosexuality. Anybody who has knowledge of this forbidden area can influence and promote these leaders-to-be to position of power".

Klimov observed that admission up the ladder of the power structure required membership in the usual secret societies - "Masons, Shriners, Illuminates,  Theosophy, etc. - are clubs, where degenerates observe behavior of possible candidates and upon verifying real homo-sadistic inclination of the person - promote him into the real world of power.  Of couse there will be some normal curious bystanders, who always be in the background crowd as decoration. The real purpose of this clubs is to select active sado-homosexual maniacs who will not stop at committing any crime in order to be recognized and promoted to the position of power."

Klimov uses the term ''degenerates" to identify this secret brotherhood. Degenerates can't produce or invent or perform necessary tasks. They control and delegate.  Through a system of fear and envy.

They rely upon a social structure of hierarchy based upon fear and covetous envy - the essence of sado-masochism.  It's the 'dog eat dog' rat race culture.  As a translator and communications expert, Klimov saw normal productive individuals like himself were essentially prisoners in the system serving these degenerate 'superiors' out of fear. 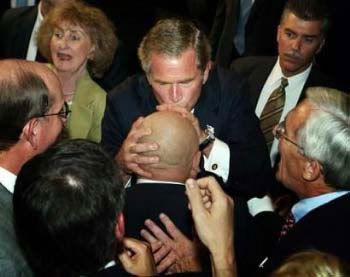 These degenerates come about as result of inbreeding.

"When close relatives marry each other - children will be degenerates. This is an old, well-known fact. If a group of religious leaders forbid marrying outside of sect  - this sect in 4-5 generations will be full of degenerates. Do you know any sect, which forbids marriages to outsiders and has been doing that for the last 5,000 years? [Jews? or Sabatean Jews? ed.] Many degenerates have some unusual qualities like incredible desire to dominate, ABNORMAL wish to rule, ABNORMAL thirst for power."

In his book Soviet Defectors: the KGB List, Vladislav Krason wrote of Klimov, "Having come to the conclusion ... that the hard-won victory over the Nazis was stolen by Stalin and his henchmen in the Party and KGB, Klimov decided he had no future in his fatherland."

Klimov himself wrote, "were it not for a secret agreement between the Americans and Soviet command to hand over deserters, the West would have been flooded with Soviet Army deserters."

Uncertain that the US Military governor of West Berlin wouldn't hand him over as a deserter, Klimov risked his life escaping to the American zone, gambling on having sufficient value to disappear through the black hole of the CIA.

Working inside the top secret level of the CIA it wasn't long before he recognized the same culture of degenerates operates both sides behind the scenes.

Krason writes, "Klimov's own encounter with the American authorities left a bitter taste with him that especially shows in his later writings".

'Homintern' is a play on 'Comintern'.  The Communist International.  But Klimov's Homintern  pre-dates the Soviet system by at least 5,000 years.

Klimov's discovery of a sado-homo-cidal mafia at the top levels of power whether East or West coincides with Jim Garrison's 1967 independent investigation into the Kennedy Assassination. Garrison was told of the Washington DC 'homosexual elite' which constitutes the secret government.  Garrison concluded that a primary reason Kennedy was so blatantly and brutally murdered before the American public was their contempt for Kennedy's heterosexuality.

Some of Klimov's later books are rumored to contain anti Semitic statements.
As those books aren't available in English this reviewer has found no such statements to quote.

A web search of sites in English does indicate some anti Semtic websites have latched onto his 'theory' of "degenerate-ocracy" in support of their own paradigm, but the following quote of Klimov seems inconsistent with the spirit antisemitism.

Q. 9: What do you think about "pure blood" nations?

A.: Good God hates racism in any form. Good God hates any concepts of "chosen" nations.
ANYBODY who tries to keep pure blood by forbidding marriages to the other normal people risks the danger of increasing degeneration process of his own nation. Especially if it is small nation. Keep in mind, that we are talking here about normal marriages between residents of community of normal people.

NEXT:  Protocols of the Soviet Wise Men: The nature and culture of the Beast.
---

This interview of a high-ranking American military man's wife confirms the above article and will give the viewer a very disturbing perspective on all persons who attain high status in social hierarchies. The world is indeed not how the media present it to us.

Another good article (Klimov), and if I may, I would like to suggest that the elite structure is even more lost than their behavior indicates. Their sordid practices are the result of empty houses. They are places where life has gone over to a covenant of death. Their ultimate sacrifice is the shedding of their souls to accommodate
birds of prey that have no love for man. Sad yes, but never underestimate the limits of their evil.

I wish you a belated happy birthday and I salute you for being in the worldwide top ten group of people who are making a difference. Actually I have been reading your articles since forever, but today brings me the pleasure to write to you in person.

The piece about Klimov's research did it for me as I have been privately contemplating the ultimate glue that holds the scum together, and the secret societies did not cut it for me. They are, as I now see, only recruitment agencies.

Is Klimov still alive and is it possible to communicate with him? This needs to be blown wide open, and pronto.

Not long ago I came across two documentaries about psychopaths and that got me going into that direction (they are on the docu hosting site sprword.com). It convinced me that the only way to prevent this in the future, if we have one, is to screen anyone for psychopathy, more so if they want to rise to the top (shit floats).

Very exciting news. Extremely valiant work. You make me a proud member of the species, no less than that.

Your story about Gregory Klimov has interesting implications, some we could perhaps comment more thoroughly on, were any of us actual 'insiders.' (LOL, Perhaps I should have attended Yale, where I could have been recruited into the "we will be videotaping this perverse act," -Skull & Bones Club!)

Keep in mind that Bill Clinton was just as overtly 'hetero' as was Kennedy, and the differences between he and Bush remain quite clear. The differences between Obama and Bush are of course not clear at all. And, regardless of the games they play to get to the top of their invisible pyramid, the game will go on until the infrastructure that enables it to continue, falls apart.

Meanwhile, what becomes of the rich and powerful elite's 'trophy wives?' Can they find true happiness advertising their intimate services via the web? Meanwhile, the bread & circuses will continue to amaze those who cannot discern the clear implications of a simple 'administrative gesture,' like BoyGeorge kissing his buddy, 'Johnny Gosh!' on his bald head.

Again, maybe I missed out in New Haven!

So I guess you are saying that the gays have outsmarted all u straight boys, and that we hold the keys of power.

Deal with it u dumb ass breeder.

Stupid pussy boys. Lolol and I know your to much of a coward to post this cunt boy