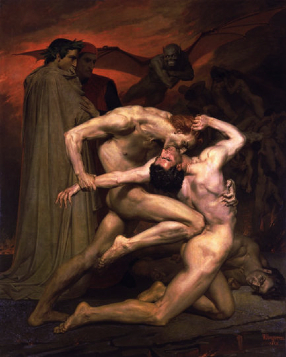 "Most homosexuals don't want to be homosexual, anymore than a schizophrenic wants to hear voices. A highly respected colleague quietly told me that he cures 80% of the homosexuals that come to him."


[Editor's Note: Rather than mental disease, I see homosexuality as a developmental disorder usually caused by identifying with the wrong parent. I believe in live-and-let live. My concern is with the Illuminati (satanist) campaign by corporations, schools and media to spread this disorder to healthy heterosexuals, under the disguise of "tolerance," in order to destabilize society.]

In 1973, the weight of empirical data, coupled with changing social norms and the development of a politically active gay community, led the Board of Directors of the American Psychiatric Association to remove homosexuality from the Diagnostic and Statistical Manual of Mental Disorders (DSM).

Some psychiatrists who fiercely opposed this action subsequently circulated a petition calling for a vote on the issue by the Association's membership. That vote was held in 1974, and the Board's decision was ratified. (http://psychology.ucdavis.edu/rainbow/html/facts_mental_health.html)

1973 is the date that Satanists have gained control over the field of psychology. Today there is little protest over taking the diagnosis of homosexuality out of the DSM. I believe from speaking with colleagues that many professionals do not openly express their dismay with the removal of homosexuality from the DSM out of fear of ridicule or even reprisal.

My personal experience standing up for the truth likewise has brought  ridicule from both Satanists and Christian fundamentalists.

I believe homosexuality is a mental illness and a difficult illness to bear. Growing up homosexual is traumatizing even to the strongest. They suffer through constant harassment from schoolmates, families and even strangers. Depression is often a major issue with homosexuals. Most homosexuals in addition suffer from a broad spectrum of psychosis and serious emotional disturbances.

Police and prison guards tell me that homosexuals cause more trouble than 20 normal inmates combined. They place the homosexuals in the same cell blocks for their own safety and to concentrate the dramas they instigate in an area isolated from the general prison population.

The Satanic line is that homosexuality is normal, not a disease. Therefore they give the homosexuals no hope of a cure because you don't need to cure the normal. They give the green light to activities that threaten public health and safety. Humanity is threatened with extinction in sub-Saharan Africa because of promiscuous hetero- and homosexual behavior. Sadly we see this green light given daily for these amoral activities in our Satanic-controlled media.

There is a cure for homosexuality, but well meaning but ignorant therapists (especially Christian fundamentalists) have had dismal results treating it successfully. Most homosexuals don't want to be homosexual, anymore than a schizophrenic wants to hear voices. A highly respected colleague quietly told me that he cures 80% of the homosexuals that come to him. He says that the other 20% don't want a cure.

Be assured however, the Satanists do not want a cure to be known. Its part of their plan to destroy humanity. Therapists that insinuate that it can be cured are persecuted, humiliated and could find themselves embroiled with legal problems. Therefore therapists skilled in this field don't advertise and try to remain under the radar.

There is another aspect that I have never seen addressed. Homosexuality and promiscuous heterosexual sex has a spiritual price. Participants will take on the spiritual negativity of their illicit partner's family tree or epigenetics into their own lives and that of their descendants (as if the promiscuous don't already have enough problems).

Promiscuous sex is a heavy burden upon society. Aside from the socially transmitted diseases, the cost of abortions and fatherless children is much higher than most realize. Fatherless children are much more likely to become drug users, drop out of school and end up in prison. This increases the tax burden on all of us. I always think it odd that there is so much antagonism against illegal immigrants, but there is virtually nothing said of the burden caused by promiscuous sex.

Promiscuous sex, whether homo- or heterosexual is destroying the very fabric of our civilization. It is destroying the integrity of the family and turning the world into a patch work of broken families and broken nations.

I believe that pedophilia is also a mental illness. Pedophiles are stuck in a stage of arrested emotional development. I also have seen it cured. Many pedophiles don't want this condition either. I once saw a pedophile in tears begging authorities to castrate him as a solution to his misery.

Nevertheless, most pedophiles don't realize that their behavior is devastating to children, leaving them with Post Traumatic Stress Disorder and untold life long relationship issues. These issues are also curable; victims of child molestation no longer need to live with the pain.

But the law has made child molestation worse. All licensed therapists, clergy and professionals that work with children are required to report suspected cases of molestation. This stops all pedophiles from seeking treatment. It also stops victims from reporting because they don't want to face the humiliation of testifying in court. Several victims I have worked with have found that their ordeal with law enforcement was more traumatizing than the actual molestation. One said, "the police destroy families to save a victim".

To those of you out there who are promiscuous: whether homo- heterosexual or pedophile you can control yourself. There is hope for you, but only if you make the effort.

If you refuse, you will be weeded out like the tares among the wheat. You are a menace and threat to civilization and keeping you around will not be worth the cost.

Anthony Carpenter is the pen name of a therapist in California.

"Live-and-let-live" Henry! Men sodomizing men (even if it's
consensual and behind closed doors) are extremely sick, perverted and in need of help. "Live-and-let live" acceptance???
I've never heard a man not feel total disgust when talking about men having sex with men, and anything less must be a result of societal brainwashing, and everything you're against.

An 80% success rate of a cure sounds high considering all the
temptations and acceptance.

I agree they should be given an opportunity for a cure, then campaign against men with men.

I hope you are well. My heart went out to my brother in Christ, Shawn after reading his reply [below] to your post, 'Therapy Calls Homosexuality Mental Illness'. I would be grateful if you could please pass on to him this link to Ellel Ministries (http://www.ellelministries.org/). Ellel has been raised up by God to do what the Church is unable to do in these end times- to heal the hurting and broken hearted. Ellel has centres all over world that hold healing retreats free of charge for all types of illness and sickness- be it mental, physical and as you'll find is the root with most things, spiritual. I myself will be attending a retreat in three weeks and I cannot wait to be healed. If Shawn is unable to visit one of the centres they have online resources as well as books and CDs.

I pray Shawn will receive the healing he desperately wants. Healing is one of God's promises to His children. It is written in Matthew 16:17-18, 'And these signs will accompany those who believe: in my name they will cast out demons; they will speak in new tongues; they will pick up serpents with their hands; and if they drink any deadly poison, it will not hurt them; they will lay their hands on the sick, and they will recover'.

Reverting to normal sexuality is possible, but certainly not easy. This is in part due to the fact that (especially male) homosexual practices activate energy centers associated with Kundalini. This is what makes homosexual sensations "more intense" and addictive. The awakening of Kundalini is a standard element in both true initiation and counter-initiation (left path). Once these energies are released inappropriately, the person may feel empowered in some respects but will eventually experience an exacerbation of vices and negative, selfish behaviors. The intellectual horizon will henceforth be limited to the psychological/cultural/psychic domain. True spirituality and transcendence will no longer be possible. A helplessly inflated ego and an obsession with sex becomes the center of the person´s existence.

Make no mistake of it: Homosexuality is not an innocent "sexual orientation", but a foolhardy play with dangerous psychic energies. Advocates of homosexual practices are playing into the hands of Luciferian practioners. There is nothing "mystical" about this statement. In fact, sorcery is one of the most straightforward and practical things of this world.

Other psychologists have found out what our ancestors have always thought: homosexuality is indeed some type of mental illness.

It is easy to see the kind of hysterical, psychopathical trouble makers they are.

A Brazilian psychologist, Rozangela Justino, once gave an interview on that matter ("homosexuals can change", in Portuguese):

She was fiercely persecuted by her psychology comrades (many of whom are homosexuals themselves) and the official board of psychology in Brazil.

I was very happy to read your article, "Therapist calls Homosexuality Mental Illness". I am a 37 year old Christian, raised by a single mom and absent father. I have struggled with homosexuality my whole life, and I am to the point of tears TIRED OF IT. I've been given an incredible faith in Christ by the Father, and am desperate to be a man and move on from this debilitating, depressing lifestyle. I've never even been into the whole effeminate gay scene. I'm RIGHTEOUSLY SICK OF IT ALL. I've never felt it was right, or that God approved of it. I yearn to know a woman, and produce God-given children. It highly excites, and intrigues me that you mentioned this therapist has a 80% success rate Can you please pass my e-mail or phone number to this person? Or do you know of some truly credible sources that I can look into? Thank you for any help you can offer me.

The following quotation is from your April 2007 essay "Tolerance" is a Guise for Social Engineering http://www.henrymakow.com/002004.html:

The APA is lobbying to have homosexuals declared "a protected minority." It engages in intimidation and propaganda. It threatened with boycotts "states whose citizens passed APA disapproved laws regarding homosexuality. It has supported efforts to introduce programs into the public schools to "reduce prejudice" aimed at so-called "gay, lesbian
and bisexual youth" or "pre-homosexual" children."

Does this sound like "tolerance" to you? The APA is vehemently against "conversion therapy" because they can't have homosexuals reverting to heterosexuality. That implies something is wrong with homosexuality!

In 1979 the noted sex therapists Masters and Johnson published their findings that 72% of dissatisfied homosexuals who entered their program converted to satisfied heterosexuals, based on follow-up five years later. Immediately the APA attack hounds condemned their methodology and claimed the men weren't really homosexuals. The careers of the sex therapists went into eclipse.

Only in a Masonic Communist system like our own is science determined by politics."

SO MANY Great ones lately, it's hard to keep up.
We Sure THANK YOU, Henry !!!!

Praying no Harm comes to this brave shrink. When I forwarded it on, I made Sure that everybody knew it was "Dr." Robert Spitzer who had a BIG hand in taking them off the List because he Said he felt sorrrrry for them. I talked to the wife of one of the few "religious" doctors around, who had Been to that Convention. He gave a talk similar to This doctor's ...and was laughed at and nearly boooed off the stage. The dye was cast and they were all going with Spitzer .