My UK School Almost Destroyed Me 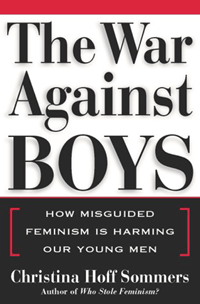 Comments for "My UK School Almost Destroyed Me "

Hats off to the young man for his concise and candid account of schooling for boys in Merry England--absolutely sickening but not surprising. Meanwhile the fatherless sons who join the gangs get free money, health care, housing, weapons, and crime education via their leaders--older boys
and men who in turn answer to other hierarchies of decay and corruption.

Masculinity is not totally unappreciated in the NWO--they're also the ones behind pro wrestling, violent video games, 'youth' gangs, rap--yada,yada, the list goes on. The temptation to head to the hills with your boy and a shotgun and tell the Babylon harpies to shove it is understandable, but not every man is in touch with his inner 'Rifleman' to that extent. It does hearten me to read the responses by some of the more intelligent women out there-- gives me hope.

Regardless, this can't go on much longer--besides it's all mere window dressing for the real goal
which is of course to turn this orb into a slave planet--a fate worse than a thousand blood-
thirsty Khans and Caesars combined. Save the males? Save the MEN.

The deterioration of education in the Western world has been going on since the late 19th century, and longer than that in some places (Massachusetts has had compulsory public education since 1854). The impulse for this originally seems to come from European aristocrats being jealous of the power over the lower classes enjoyed by Chinese mandarins and Indian brahmins, during the time when contact between Europe and the old Asiatic civilizations became significant.

I could go on regarding this topic for pages, but won't. John Taylor Gatto has written a number of excellent books on how the education system was designed as a psychological conditioning mechanism.

Thanks for this article. There was a famous interview with Bezmenov on demoralization in America http://www.youtube.com/watch?v=qlpODYhnPEo It is obvious that the KGB has been pretty busy in the UK, too.

Nevertheless, your writer did not answer the obvious question: now that we are totally demoralized, how can we reverse this trend? The answer is to pray the rosary. Austrians drove the Communists out of their country by reciting the rosary privately and in processions. Let us drive the Reds out of the US, Canada, and the UK by doing the same thing.

I am a British mum, living in New Zealand, now educating our two sons at home after experiencing the misery of the current western school system through my sons - in both the UK and NZ.

What I witnessed during the 8 years of my oldest son's primary education, was miserable, depressing and appalling - I struggled to believe how any healthy adult of sound mind could believe this system would nourish our children - but of course they know it doesn't. My pleasant, sociable little boy started school at age 4, spent a year with a middle-aged female teacher (no children), who complained that my son was doing ok but 'fidgeted a lot'. By 6 he was in special classes because his handwriting wasn't very 'good'. I don't know about anyone else but show me a 4-6 year old boy who doesn't squirm much and has legible handwriting.

These creative, dynamic balls of energy aren't supposed to be confined in a small space, barely leaving their seat for 6 hours a day with a spinster reading them 'Little Women'. Having moved to NZ the experience was no better. It is no exaggeration to say that my younger son was the victim of two successive women who systematically destroyed his 'spark' and many others too. (I witnessed this first hand during parent help sessions).

The only day he enjoyed school was the last day of term, a pile of cardboard was thrown on the floor and the children were allowed to make anything they wanted - lots of happy faces. When I suggested this should happen more often the teacher retorted that there wasn't time and it wasn't education!

Lady, we're talking 6 year olds here. During the 1970's we played in sand, painted, traced, cut out and still managed to learn to read, write and do our sums (properly!) during primary. We eventually discovered our son has dyslexia and Asperger's Syndrome, enough to push us over the edge and get our kids out, the current school system was demanding for a 'neurotypical' boy let alone one with a couple of extra challenges thrown in. By 8 'they'd' have had him drugged to the eyeballs.

Three years on, all is right with the world again, we have all regained control over our own lives, no-one is being brain-washed in the current politically correct fad and believe it or not there are no 'social problems' either! The boys know how to do chores round the home and garden, spend time learning how to turn wood at a club with some retired gents, get some golf in with dad, tinker in the garage and can even manage the three 'Rs' -something that apparently an increasing number of school-leavers are struggling with. Healthy, happy boys, who know how to use both sides of the brain and hopefully good old fashioned common sense to guide them through life to manhood - SELF ESTEEM intact!!

We're not radicals or extremists in any way, very 'mainstream' really but it amazes us how many of our friends do nothing but complain about so many aspects of modern schooling - along with everything else there is to moan about these days - and take no action. A small, quiet step in managing your own life again does wonders, amazing how simple everything suddenly becomes; no social issues, health problems, mutant food, bad tv or dodgy pharmaceuticals and then you're off the rat-wheel for good. Wake up people, take control back of your lives for the sake of your much loved children and theirs.

This kind of story makes me angry due to the injustice this young man has experienced. How many times during the 'Women's Lib' halcyon years of the 60's and 70's were we informed that this was not 'women's liberation', this was 'people's liberation'? Now, after 30 more years we seem to have simply reversed the situation and it is now men who are experiencing prejudice and deprivation due to their sex. Not much of an improvement.