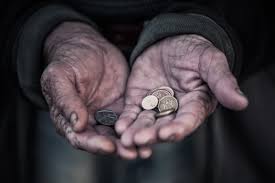 These days people are more needy and externalized than ever. We manipulate others to make us "feel good."  If someone doesn't "like" us on Facebook, or reply to a message, we are devastated. If we pick up a piece of trash, and no one saw us, the good deed was wasted.
Makow's "Four Laws of Socio-Dynamics" provides a template for unraveling the mystery of human interaction.
by Henry Makow Ph.D.
(from Oct 31, 2009 - Improved Feb 8, 2013)

This being the weekend, I am reflecting on the timeless question of human happiness. What do people want?

If you make other people feel good, they'll love you.
But how many of us bother? We are too busy trying to make them, make us feel good.

We are feel good addicts, hoping to wring our happiness from the world. Food, drink, drugs, sex, money, power, love. 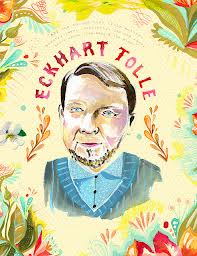 (left. Not everyone Oprah likes is evil)
In The Power of Now, Eckhard Tolle speaks of a beggar who asks a stranger for money. The stranger tells the beggar to look under his seat. Turns out there was a nugget of gold there all along.

The message is "the kingdom of heaven lies within" i.e. in the soul. Tolle's theory, based on Raja Yoga, is that we are souls, not minds. But we falsely identify with the mind (ego), which is the voice of a beggar in our head,  constantly saying, "I want."

"I want corrupt politicians to be punished. I want the world to be just. I want my stocks to go up. I want to be noticed. I want my boss to praise me. I want to make a big sale. I want my spouse to be sweet. I want people to write on my Facebook wall. I want someone to put something in my cup."

Tolle's theory is that the ego has no permanent existence. After all, we die. But throughout our lives, our ego-beggar tries in vain to assert its existence.
In order to feel good, everyday it needs a cocktail of money, love, sex, recognition and power, or you name it.

This is why many rich people are so stingy. They are their money. If they give it away, they are diminished. This is also why people cling to discredited ideas. They are their opinions.

The ego can never be satisfied. No matter how much is stuffed into its cup, it wants more. "Enough is a little more than what one has," Samuel Butler said.
So Tolle's message is: we should identify with what is eternal and permanent, i.e. our souls, and not our ego-beggars-thoughts.

According to the mystics, we can access this spiritual dimension, where truth and love are self-evident, by meditation and prayer. By switching our identity to the observer, which witnesses beggar-thought as something foreign to our real spiritual identity, eventually we can experience our soul. If we don't identify with our thoughts, and learn detachment instead, we will never go crazy.
The ego-mind becomes a calculator at best, a boorish intruder at worst.

Tolle teaches his followers to be still and live in the present; to empty their minds and unwrap the lollipop within.

I favor a balance between ego (mind) and spirit.
Mystics speak of acedia , a spiritual dryness or boredom that comes from detaching from the world but not being able to connect to God. Stuck in limbo.
The ego has legitimate needs and often it is easier to satisfy them than deny them and hope they will go away. Love, sex, respect, money are examples.

The ego also has legitimate satisfactions. For example, a job well done. A well deserved promotion. Figuring out a difficult problem. Cleaning out the garage. Making someone else's day. A good run or work out.
Back in the day, Ram das visited my city and asked him how to train the ego. "Treat it like a baby," he said. "Teach it."
TEACHING THE INNER BEGGAR
The first step is to renounce pleasure that comes from outside yourSelf.
Don't try to be happy from making money or getting positive feedback from a woman, or man.
Usually, the quest to feel good ultimately is what makes us feel bad. Don't seek happiness from outside.
The philosopher Kant said, "We are rich according to the number of things we can leave alone."
Normally we use money to keep score. What if we kept score by the number of things we can leave alone?  The stock market for example? Porn? What can you leave alone?
Fortunate is the person who can enjoy himSelf;  the person who has many private pleasures: Jazz, Victorian literature, bird watching, knitting, sports ....

THE GOOD, THE BAD AND THE NEEDY

I've said to my wife, "Nobody ever calls unless they want something."

Recently, I was having a nap on a lazy Saturday afternoon when my fax line rang. No fax came in but every few minutes ... a nagging ring. Finally my phone line rang. I answered it.

It was a politician I had supported financially 20 years ago. Hadn't spoken to him since. Haven't been involved in mainstream politics either. Well, it seems that he had incurred a large campaign debt in the interim. The lender was going to forgive it but had died first. Now his estate was suing the politician for his house.

At this time, the politician somehow remembered a large cheque I had written in 1988, when I was flush with Scruples money. Could I find it in my heart?

The audacity!  I would have told him to go to hell but I felt sorry for him. His judgment was impaired. So I let him down gently.


THE FOUR LAWS OF SOCIO DYNAMICS


I am the "Father of Socio Dynamics." These four laws, based on years of observation and thought, explain all social interaction:

1. We are attracted to people who have something we want.
2. We are repelled by people who want something from us, especially if they have nothing we want.
3. We are largely indifferent to people from whom we want nothing and vice-versa.
The fourth law of socio dynamics is known throughout the world as the "Conditional Law." It states:
4. Sometimes, we are nice to people we don't want anything from now, but who might offer a benefit in the future.
As you can see, human beings are extremely complex and difficult to decipher.
EXAMPLES OF SOCIO DYNAMICS
I have a friend who is on cordial terms with his ex-wife. She had the audacity to ask him to co-sign a mortgage for $250,000 on an condo investment she had made. She was going to lose her down payment.  "Could he find it in his heart?"

Like the politician, she was desperate. She didn't consult my friend when making this investment, or offer to cut him in. But she expected him to bail her out.

Chutzpah- you don't have to be Jewish. Panhandlers for example -- they appeal to our human compassion but they don't give a damn about us. Usually, they can't even remember our faces.

To end on a less cynical note, it's a blessing to find someone who is genuinely good and deserving. These are the people I like to support.
Sometimes we meet people we just like, and they like us. That's a blessing.
----

PS. I wanted to be the Father of Hygiene but Louis Pasteur beat me to it. And, my son refused to change his name to Hygiene.

Comments for "How's Your Inner Beggar? "

I just like helping people. I think we all do. I think its God inside of us. The key is being aware of the thought, and then turning the thought into an action, for good thoughts are meaningless without action. Listening to that inner voice, and then doing it.

I'm also aware of what motivates my actions. I try to let love/truth be my motivator, and then put energy into whatever work I do, whether its fixing, shoveling, reading, or just plain old life (riding my bike, really appreciating my dog/cats, cooking, etc.) And I'm the one who reaps the rewards with an awesome life. Energy in is energy out. Make a great meal and it tastes great. Do a good job, and it will look good at the end.

I also know my place in life, which is helping others, and so I call myself God's little helper. I don't work for money, I work to help people - some people pay me to do it, that's all.

Helping others is when I feel my best. So I try to help everyone I meet, if they let me, in whatever way they need helping (fundraising for goal equip or shoveling a step, or enlighting someone about the NWO).

Those that are typically only motivated by money, live a lazy life because no one pays them to do the stuff for themselves. They often become depressed, because they are not giving energy to themselves.

And they can't figure it out, because they don't put the energy into figuring it out. They won't read a book or do research on the net, because no one pays them to do it. Satan motivates people with money. Nuff said.

As I have gotten older I have become content with my station in life. It has taken some work but I have come to realized that I don't need things or people to make me happy. Sure I need people to interact with and things that are essential for life but they aren't the source of my happiness.

Everything, (family, friends, things) can be gone tomorrow so there has to be something more to live for...and I think you clearly expressed what that is.

When Gandhi was in South Africa in the late 19th century
many Christians proffered him "Christian literature"
that he might not spend all Eternity in Hell.

In time, someone gave him Tolstoy's "The Kingdom of God Is Within You".

The two began to correspond. Tolstoy shared with Gandhi
Christ's "non-resistance to evil" which Tolstoy had picked up
from American abolitionist Wm Lloyd Garrison.
Non-resistance morphed into Satyagraha...
the rest is history.

Again, thank you for a very good article â€˜Howâ€™s Your Inner Beggar?â€™.

And Henri you will come to know that you answer indeed to Asclepis, the Father of Hygieia as He is your true identity...., He heals you from your â€˜four Laws of Socio Dynamicsâ€™ in order that you are being brought forth as a Son â€˜Hygieneâ€™, and this word Hygiene comes from the PIE eyu-gwie-es- which means, "having a vigorous life". This Life, which He will bring forth as a Son within you, is based upon the One Law of â€˜Loveâ€™, the Shema, which rules our Fatherâ€™s economy of ....Giving.

Excellent article. For many years I have read books and heard many 'gurus-of-happiness' explain ways of finding happiness but this one article more completely and concisely explains the subject better than anything I've read before.
Thank you! I shall reference this article often.