Jim Stone is the Real Deal 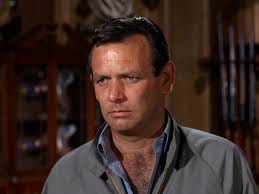 (left. David Janssen in "The Fugitive." We do not have Jim Stone's real name and pic. He is on the run.)

Why is the so-called "alternative"  media shunning this courageous man and his groundbreaking work?

You shall know them by their fruits. Do men gather grapes of thorns, or figs of thistles? - Matthew 7:16

In two previous articles, I summarized Jim Stone's argument that Israel destroyed the Fukushima Daiichi reactors. Since that time, many in the "truth" community have voiced discomfort with his former NSA affiliation.

Granted, the NSA is a spook organization. But evil is highly compartmentalized. If the NSA gets hold of a real brainiac, and he happens to be a patriot, a man with morals and principles, they are likely to harness his brainpower while keeping him in the dark about goings on that might trouble his sleep at night.

How can we assess Jim Stone? Let's examine what he has done.

Long before Stone undertook the task of indicting Israel for Fukushima, he began his journalistic career in stunning fashion by defending the world's children from poison swine flu vaccines.

Yes, you read that right. He and his wife, Sarah Stone (D-Pharm), co-authored the article "Tainted Nightmare", a devastating expose of the swine flu vaccine industry. The article went viral. It forced governments to change public health policies and to demand vaccine producers issue a non-toxic jab.

He and Sarah were rewarded with a failed attempt on their lives. Today, hardly anyone remembers them for their sacrifice.

Is that the work of a spook? Is that how a psy-op program begins?

In addition to taking on Israel and vaccine producers, Jim Stone has written the following hard-hitting reports.

Digital Stepping in the Aurora Borealis: An analysis of HAARP and the chemtrail phenomenon. Stone surmises that the metal particles in the trails "dope" the sky, turning it into a vast semiconductor so that HAARP technology can be deployed to  trigger earthquakes, volcanic eruptions, floods, droughts, and other destructive freak weather.

Power Grid Tampering Will End an Era: Remember a few months ago, when the authorities casually announced they would be conducting a year-long "experiment" on the U.S. power grid? Remember them telling us in lighthearted fashion that our electric clocks would either slow down or speed up, depending on what region they're in? This Stone article explains how their "experiment" on the power grid amounts to nothing less than an act of war.

Busted!: In which Stone reveals that hazardous nuclear waste is an unnecessary evil, as the technology to utterly deplete fuel was developed by GE engineers in the 70s, and kiboshed by President Carter days after he entered the Oval Office.

Stone has also posted an assortment of ancillary material supporting or relating to his Fukushima thesis, including an open letter to Mossad, letters from Japanese readers, advice on "safe" radiation levels to the people in Japan, and "Nuclear Blackmail". This is an addendum to the Fukushima report, in which he hypothesizes that Israel has infiltrated the nuclear industry in every major country, and thereby is holding the world  "nuclear hostage".

In 2008, Jim Stone hacked into the corporate computers of GlaxoSmithKline Pharmaceuticals. From them he extracted over 20,000 pages of classified information relating to Prozac, Paxil, and various other antidepressants.

Antidepressant manufacturers claim that antidepressants cause neurogenesis. But they fail to say that new brain cells are created. These new cells are subsequently overworked by the antidepressant until they die, with the process repeating until all divisions have run their course and the brain can no longer repair itself.

Instead of helping people overcome their despair, the drugs essentially lobotomize them, destroying their spirituality and higher emotions while leaving the lower order emotions (fear, anger, hate,) intact.

The antidepressant report is a work-in-progress. He has already posted Part One on his index page, but has been alternating it with the Fukushima report. You can read his summary of the forthcoming article here.

SO WHO IS THE REAL JIM STONE?

The alternative media have met Stone's work with resounding silence. According to Stone himself, only Makow, Natural News, What Really Happened, Degaray, and a handful of others have been truly responsive. David Icke posted information from the Fukushima report in his Sunday newsletter. He presented the information as if it was his own,  and dropped Stone's name in passing. In Stone's opinion, Alex Jones is honest, but kept in the dark by handlers. He now feels the same way about Jeff Rense. I think he is mistaken about Jones and Rense, but we can't agree on everything.

I don't know his real name, but I do know that he has taken a stand against Evil.

I also know that despite eluding authorities who are trying to arrest him on completely trumped-up charges (and yes, he has proved they are trumped-up), and despite sleeping outside in the woods, and despite the stress of being harassed electronically, and having to find outlets in public spaces where he can recharge his laptop without being detected, and despite being cashless, cold, hungry, and miserable, and despite a thousand other discomforts I can scarcely imagine, he has continued his work as a whistleblower.

These are the fruits by which I know Jim Stone.

James Farganne can be reached at [email protected]

Comments for "Jim Stone is the Real Deal"

I want you to know that I just posted a lengthy critique of Jim Stone and James Farganne.

Jim Stone: The 'Groundbreaking' Fukushima Whistleblower is Now "The Fugitive," Running for His Life by Ken Adachi (March 3, 2012)

Maybe you could post a link to my article in the reader comments of Farganne's latest Real Deal article (but it's OK if you rather not).

I expect the government to sabotage some nuclear power plants in this country in order to create "crisis" conditions and I believe that they will use Jim's writings in some capacity to snooker the public. Of course, I could be wrong, but I don't think I am.

Ultimately you have been proved to have acted conscionably.

Have read everything including the fallout from the synagogue and and well aware of the relevance in all to the Pharma etc.
rackets.Everything rings true surrounding all hat has occurred for his 'sins'.

I knew from start that Stone had a really plausible explanation.
Subsequent events confirm that this story was mega-big and that our masters would never allow to further circulate. How we here sadly miss the superlative petro-geologist expertise Joe Vaills. Spring-cleaning is no bad thing ---clears out not only the cobwebs.

I'm glad you are still keeping attention on Jim Stone. I thought maybe you had taken your eye off the ball.

Having watched alot of the tsunami films i was impressed with Jim's observation that though there was supposed to have been a 9 category earthquake, there was no sign of earthquake damage in the films. I don't doubt that the massicve tidal wave was caused either by HAARP or by an undersea atomic explosion.