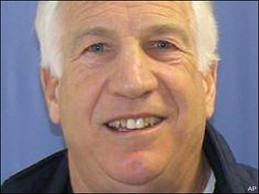 
Pedophiles claim they were "born that way" too. So we have to sacrifice our children to them. It's all part of society's induction into the Illuminati cult.

The first time I had heard about pedophiles trying to solidify their "right to love" was through Dr. Judith Reisman.

She spoke about the B4U-ACT Symposium that took place in Baltimore in August 2011. Pedophiles and mental-health professionals, including the American Psychiatric Association (APA), tried to create a bridge of understanding between pedophiles and society, and give pedophiles a forum to talk about their desires for our children.

They hope the APA will redefine the clinical definition of pedophilia as a natural condition, something people are born into, and not a result of prior abuse or lack of parental connection.

We are about to witness a repeat of what the APA had done for homosexuality, back in the 70s, resulting in the bullying of people who dare speak up against it.

Judith Reisman attended that symposium to keep abreast of what the sickos were up to this time, so that she could warn the world. I am so grateful to her. 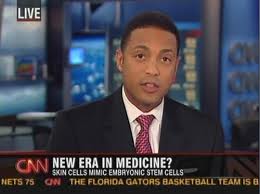 Yesterday, in the wake of the recent Jerry Sandusky child molestation case, CNN's gay anchor, Don Lemon (who was molested by a pedophile, as a boy), asked his viewers if "pedophiles deserved sympathy."

According to a recent study, pedophiles' brains are built differently and having been born so, are unable to help themselves from being attracted to children, he said.

He also mentioned there was no available therapy or cure for their "condition"."

I could not believe my eyes and ears and the hair stood up on my skin!

Thanks to Dr. Reisman, I saw this coming a mile away, but I just did not expect it to be so soon...

I know pedophilia is a result of having been molested or abused or not having emotional bonding with one's parents (which, surprise, surprise, is also what can contribute to someone becoming a homosexual), and NOT because one was born as a pedophile!

Friends, I warn you to hold on tight to your children. Be extra vigilant over them, like never before. Times are changing for the worst.

Home-school them if you can before that, too, becomes against the law... I am planning on it.

Link to Dr. Judith Reisman on the B4U-ACT symposium: http://www.drjudithreisman.com/archives/2012/06/b4u-acts_2011_s.html
Link to the Daily Caller's article of the B4U-ACT conference:  http://dailycaller.com/2011/08/15/conference-aims-to-normalize-pedophilia/
Link to CNN's segment on Sympathy for Pedophiles: http://www.cnn.com/2012/06/21/opinion/cantor-pedophila-sandusky/index.html
Link to video of CNN's Don Lemon, saying he feels SORRY for a pedophile! : http://www.huffingtonpost.com/2012/06/25/don-lemon-jerry-sandusky-sorry_n_1625697.html?utm_hp_ref=media (unfortunately, judging from the comments, people are already buying into the lies).
--

Note: The APA did not hold the B4U-ACT Symposium, they merely were in attendance. Also see:

What makes anyone think that "gays" are accepted?  While government types may think so, they are still widely despised because they are sexual perverts.  Just because government and psychiatric psychos think that these perversions are "diseases" of some kind, he fact is that there is no such thing as someone being born a homo or a cho-mo (prison term for child molester).  Homos and cho-mos don't want to change their deviate behavior and so acceptance is the only way they can try to get along in life. In prison, I actually had a convicted cho-mo get offended by the term.  However, even prison inmates can't stand them and they usually run them out of the dorm.  Inmates don't want any part of them. Rather than obeying God's commandments, they twist themselves into some form of justification.

I think society has a problem connecting the dots.  This is what I do to make a judgment.  Is something evil or is it good.  If it is good, or not evil then I am free to do it.  However, if it is evil, then it breaks a commandment somewhere, and I'm not free to do it.  So, evil comes from Satan.  Fornication comes from Satan which begets homosexuality, which begets other perversions i.e. sexual bondage, begets child abuse.  The innocent child in this case will be completely twisted for the rest of his or her life.  This is a pathetic way to treat children, and this is why government and the medical practice in general sucks.  The people in government--all of them--are perverts.  I already knew that most psychiatrists were that already; and this just proves it.  Their whole moral structure is inside out, and I think it's time to stop paying attention to them.

Decent people shouldn't even talk to a government molester.  When you think about how the medical practice is trying to somehow justify child abuse, to me, it is a worst case scenario.   So let's do a "Connect the Dots" again on government.  Government is established upon the oath.
The oath is forbidden by God for a man to take.  Government founded upon oaths commit idolatry, which promotes murder and wars.  Government lies, steals, cheats, and abuses the people who fall victim by it. Government and most religions promote child abuse.   It started with the oath, and the feces rolls downhill.  There is no argument against what I'm saying because all one has to do is to observe what I am pointing out.  Making the right choices from the beginning would avoid all this nonsense and drama.  That could and should be done for the children.  The ultimate evil and failure of mankind is child abuse, and the wrath of God is upon anyone who promotes it or attempts to justify it in any way.

And of course the perverts at HBO (Homo Box Office) showed children drinking from little cups from plastic penises.
http://verydumbgovernment.blogspot.com/2012/04/hbo-shows-graphic-pornography.html
Yep, they are now mainstreaming kiddie porn.
People who do this are complete assholes as are the rest of government and religious groups.  No major network that I know about even reported it.  Homo Box Office should have been shut down for doing this, but just like the chemtrails, no one even sees their own survival that is at stake.  If the government is willing to do that to children, just think what they will be willing to do with us!  Think about it.  The evil can be stopped if everyone can get a brain and keep God's commandments.

The Psychology establishment has brought homosexuality into respectability. All you need is to see the voting results in California's prop #8 to see that slightly less than 1/2 of the people see little wrong with it. http://en.wikipedia.org/wiki/California_Proposition_8

Lulu's article shows the same steps are being followed to bring pedophilia into respectability. This is no laughing matter for neither parents, children or for pedophiles.

I have to agree with Lulu's article. The APA is an evil entity which actively promotes bad and "unnatural" behaviors but has also labeled normal human emotions (such as grief) as mental illnesses. I remember a number of years ago the APA tried normalizing adult/child sexual relations in their Diagnostic Manual. Dr. Laura Schlesinger raised the alarm on her radio program which prompted the US Congress to condemn the APA's actions. The APA immediately withdrew their proposal but unfortunately it appears that they are back at it again.

Your latest article on acceptance of child abuse sadly resonates with reality.

It is no wonder that the quasi-science of "psychiatry" is possibly getting on board with this agenda. When you consider that, in the UK, over 70% of these "specialists" are atheists, is it any wonder ( Aliens and Alienists: Ethnic Minorities and Psychiatry - Littlewood and Lipsedge)?

This could indicate that their is little or no moral anchor amongst this "cohort" (to use the vulgar terminology they use against us).

When one considers the foundations of "psychiatry" and, particularly, Sigismund Schlomo Fraud's (whoops a slip!!) connection to the B'nai B'rith satanic secret society, one can start to join the dots. Like any of the Illuminati constructs, the "psychiatric" illusion will ultimately fall apart like a house of tarot cards.

Might want to add this video to the Pedophile Acceptance article:
http://vimeo.com/33793616

It is a video presentation of the studies that suggest it is innate. Ironically, the presenter (who did the study and wrote CNN's article on it) appears to be a homosexual. (at least my gay-dar tells me so).