Country Boy in the Big City 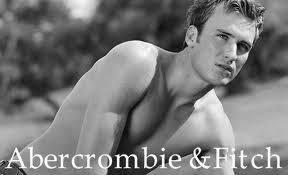 A Male Model's Memoirs of Mixing With "Elite" (I)


The real goal of the homosexual movement is depopulation and trans-humanism.
This is bioengineering the human race to serve the elite.
Nathaniel looks at this emerging reality from street-level Los Angeles.

Comments for "Country Boy in the Big City "

If you do the research, nearly ALL luciferian and satanist philosophies and cults push homosexual lust,
incest, and child-pornography. Homosexual lust {"love"} is not only a perversion of the natural order, it is
ungodly and leads to a searing of the conscience in men and women. Along with that: women tend to be
"like men" and men tend toward acting "like women." It's a sickness. and the origin of it is absolutely satanic.
The Apostle Paul, a man who truly had the Mind of Christ, put it this way:

21 because, although they knew God, they did not glorify Him as God, nor were thankful, but became futile in their thoughts, and their foolish hearts were darkened.

22 Professing to be wise, they became fools,

23 and changed the glory of the incorruptible God into an image made like corruptible man—and birds and four-footed animals and creeping things.

24 Therefore God also gave them up to uncleanness, in the lusts of their hearts, to dishonor their bodies among themselves,

25 who exchanged the truth of God for the lie, and worshiped and served the creature rather than the Creator, who is blessed forever. Amen.

26 For this reason God gave them up to vile passions. For even their women exchanged the natural use for what is against nature.

27 Likewise also the men, leaving the natural use of the woman, burned in their lust for one another, men with men committing what is shameful, and receiving in themselves the penalty of their error which was due to their sin.

28 And even as they did not like to retain God in their knowledge, God gave them over to a debased mind, to do those things which are not fitting; 29 being filled with all unrighteousness, sexual immorality, wickedness, covetousness, maliciousness; full of envy, murder, strife, deceit, evil-mindedness; they are whisperers, 30 backbiters, haters of God, violent, proud, boasters, inventors of evil things, disobedient to parents, 31 undiscerning, untrustworthy, unloving, unforgiving,[b] unmerciful;

Herewith is a link to ESPN “Body Issue. [owned by Illuminati ABC-TV.] Judging from the landing page, this is the fourth time this magazine has had such an issue. This issue has to be the most disgusting; if fact, in my opinion it is the most disgusting magazine of our times. Essentially, what it does is debauch society further by championing homosexuality.

This magazine and what it portends should be written about. I think an article by you would be read widely and greatly appreciated. See http://espn.go.com/espn/bodyissue.

Only two things need to be done to ruin a civilization and efforts are in full swing to make it happen. These two things are debasing the money system (actually this has been going on forever) and to debauch the morality of society, a la the ancient Grecian and Roman empires.

I really enjoyed the article by Nathaniel on his experiences as a male model.

In the 70's and 80's I was a model. I dated several extremely handsome str8 male models and photographers. Homosexuals were around of course, but it was not as blatant and seemingly "normal" as it is today. It wasn't considered super "cool" to engage in homosexual acts or the lifestyle back then.

I can attest to the fact of what Nathaniel said on homosexuals preferring str8 men, it's absolutely true. They try to "convert" them all the time. Often times by getting their intended target very drunk or stoned.

There is something very devious and distasteful about that.

I'm glad Nathaniel was able to hold onto his true values and true self while being immersed and doused in the sickness that exists in the industry and especially in New York.

I found it very sad to hear about all of the suicides, no doubt from lonely women who feel there are no men for them anymore.

Your article on male modeling is a good warning on the negative side of physical culture. Thanks

I would call this psycho engineering. The spirit of evil resides in homosexuality and sexual depravity. These homos are worthless to God, their families, and their friends. When you think about what a man has to put himself through in order to be a homo is simply outrageous. The homosexual looses all the good things of life. There is absolutely no profit for a man who engages in such things.

Having been on the receiving end of unwanted advances by homosexuals when I was a young man, I never met one that I liked nor one that I had any respect. Homos are very aggressive and quite frankly were just extremely annoying. They act like whiny little bitches. It is very stupid to get involved with this kind of activity. The compassion should be for those who were homosexuals and then repented to normal. I will reserve my compassion and respect for those who do that successfully. It can be done; and it should be done.
http://verydumbgovernment.blogspot.com/2012/05/downside-of-homosexuality.html