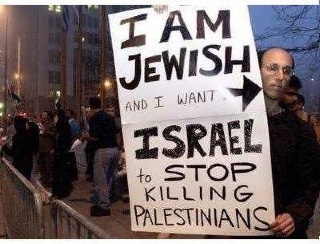 [Note: Michael Korn sent this letter to every Israeli Consulate in the US, and to every Member of the Knesset.]

To the Israeli Consulate in Atlanta,

I am writing to explain why I want to renounce Israeli citizenship.

When I originally moved to Israel in 1982, I told my mother that I would either live as a Jew in a Jewish land or return to America and convert to Christianity.

I moved to Israel and joined the Chozer b'Tshuva movement and lived as an Charedi Orthodox Jew from 1983-1999. In 1985 I officially made aliyah and obtained Israeli citizenship.

In the year 2000 I was converted to Christianity through the help of South African missionaries I met in Israel. I was baptized in a natural spring outside of Tzfat on June 20, 2000.

Since that time, my sense of identification with Israel has diminished. Even prior to my baptism, following a period of hospitalization in Jerusalem during which time I became friendly with some of the male Palestinian nurses who worked there, I had begun to doubt many aspects of Zionist ideology. As I learned about the many similarities between Jewish and Islamic religious law, I recognized the tragic nature of the confrontation between these two cultures promoted by Zionism.

This process of disillusionment accelerated in 2005, when I worked as a security guard for Mikud Security in Jerusalem and saw on a daily basis how Arabs were mistreated by Israeli authorities. I also perceived the impoverishment of the average Israeli citizen and recognized that s/he has much in common with the Palestinian population, both of whom are oppressed and manipulated by their respective power elites who profit by perpetuating conflict, war, and misery.

I tried to join various Messianic organizations in Jerusalem, such as King of Kings and Shemen Sasson, in 2005, but I found that virtually all of them identify with the racist and militaristic policies of the Israeli Government that I believe totally contradict the teachings of Jesus Christ, by perpetuating a climate of aggressive enmity against Arabs, both Moslem and Christian.

Not only are Arabs persecuted by Israeli Zionists, but so are Messianic Jewish believers in Jesus. I have followed closely the plight of the Jewish missionaries in Arad, Eddie and Lura Beckford, and I am horrified at the nonchalance of the authorities in Arad about their abuse at the hands of the fanatics from the Gerrer Chassidic movement: http://roshpinaproject.wordpress.com/tag/arad/

I also personally suffered discrimination in Israel when I was fired from my security job in 2005 for expressing Christian beliefs to my employer. I had not even tried to proselytize to him, but merely protested when he told a distasteful anti-Christian joke. That was enough to see my position terminated.

When I flew back to the USA on December 23, 2005, I told the security guard at Ben Gurion airport: "You may laugh and scoff at Christians, but were it not for the generosity of Christian nations like the USA and Germany, Israel would be just a piece of rotten wood floating in the Mediterranean."

The writings of Christopher Bollyn (www.bollyn.com/index.php) and other intrepid journalists and researchers about the complicity of Israeli and American Jewish Zionist fanatics (i.e. "Neocons") in the September 11, 2001 terror attacks against the United States reveal the ruthless depravity of the Israeli State and confirm my worst fears about its essential anti-Christian and anti-humanitarian character, which indeed is the spirit of the anti-Christ.

Now the latest outrageous Israeli attack against the humanitarian aid workers in the Gaza Flotilla has catalyzed my final decision to renounce Israeli citizenship. I realize that I no longer can identify with the values of Zionism. Instead I embrace the gentle and hopeful vision of Jesus Christ, who created One New Man in Christ, encompassing both Jew and Gentile, including people of every race, creed, and tongue in what He taught is the New Israel of God.

I believe that the Zionist State of Israel not only contradicts this Messianic Vision of Jesus Christ, the Jewish Messiah known in Hebrew as Yeshua Hamoshiach - ×™×©×•×¢ ×”×ž×©×™×—, but it represents an sinister step backward in the general struggle of all humanity to rise above petty tribalism and primitive savagery to more humane and godly ways of both belief and behavior.

I also have been inspired by the examples of Gilad Atzmon, whose article below is a searing indictment of all that is wrong with contemporary Israeli society, Reuven Schossen, whose writings about the depredations of Israel are shocking, and Avigail Abarbanel, who renounced Israeli citizenship in 2001.

For all these reasons I wish to renounce Israeli citizenship immediately.

PS The name that appears on Israeli documents is "Menachem" Korn

Here's the basic problem at its very root: Israel became a nation by way of a secular, agnostic, atheistic ZIONIST MOVEMENT that completely disregarded the prophecies THAT MESSIAH [YESHUA} would re-establish the Jewish State of natural and spiritual Israel UNDER HIS Governmental dominion. - and it would be A RIGHTEOUS and PEACEFUL nation that ALL nations would recognize because first and foremost THE ETERNAL RESURRECTED CHRIST would be at the helm of such a nation. And ever since the establishment of The Zionist State, all the major nations have been trying to "play Prince of Peace" and solve the Gordian Knot of impossible "Middle East Peace" in our time. ... it won't happen. NOT until The True Prince of Peace arrives on the scene [NOT the false one about to make his faked appearance] and establishes The Millennial Reign of GOD upon the earth.

The greatest trick the devil pulled was convincing everyone he does not exist.

Jim down there calls it a "group consciousness". By its very definition a group consciousness must have a common source and if Jesus didn't exist someone would have to have invented him. I suspect back then (Jesus' time) it was time for a new mentality 'cause the old one was killing them.

What is it that they say God's name is..'He who is' and is to be shouted from the rooftops?

And the devil's name: 'he who is not' (not to be shouted from any rooftop).

When the horse gives you a tip will you waste too much time trying to confirm it? When Michael Korn, Henry Makow, Ro'i Tov, Michael Hoffman and others who lived the experience translate it for you, should you not be grateful?

Thank God for angels with courage.

Dear Jim,
It is certainly your right to shun Christ, God gives you free will. You
will have much time to
explain your thesis to Satan face to face; in fact, you will have
eternity. Chrys

Again, you are publishing articles from "I believe in Jesus now" freaks. This is as low as anyone can go. This is worse than an acid head reading the Bible for answers, because they had a really bad trip recently.

There is no Satan, Lucifer is the group consciousness of some radical Jews at best, and Jesus clearly never existed and is a silly damned myth. If you are a repentant Jew, or better yet a repentant Christian, then what should divert your troubled mind into the insanity of believing in Jesus? Is traveling from a troubled mind into straight hard core madness a good thing?

How about, all of this s#*t was invented by humans who had an ulterior motive. Instead of buying into even more convoluted crap, maybe it is time to follow thy Pantheistic heart. They (who tax, regulate, and punish me) tell me that Pantheism is evil and wrong, but why?

Am seriously considering inventing an expandable item that becomes a full portrait of what people think Jesus looks like, so they could put it into their toilet five minutes before taking a massive dump. Why visit a NYC museum, to see some wanna be Jew Virgin momma covered in stinky brown stuff, when you can defecate upon this absurd myth in the privacy of your own home? Anyone who believes in the idiocy of modern Christianity is truly insane and should not be allowed to breed.