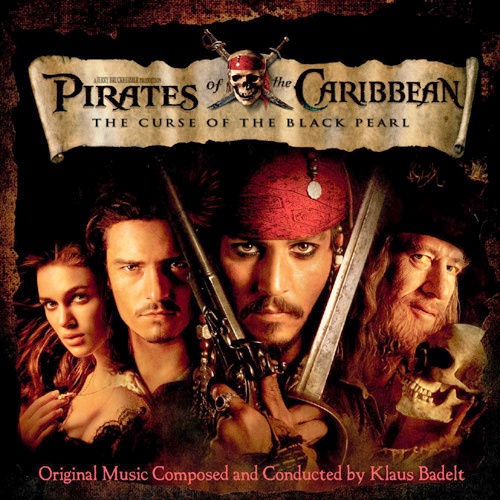 Media theme saturation gets millions -- sometimes billions ( as with 'Avatar', and especially 'Pirates') -- of people thinking the same thoughts, memorizing the same imagery, asking the same questions, and ingesting new ideas at the same time. See, even though the precise neural arrangement of each individual brain is unique, and each mind is unique, neural firing patterns are predictable.


[Editor's Note: This seems farfetched, but I present it for comment.]

The Illuminati have the means to introduce thoughts, to influence night time dreams, and to produce visual projections seemingly in real time space.

They have sponsored brain-pattern science because the ability to produce a controlling mental signal is the final key.

The operating principle of this mind-control technology is that there does exist a 'sixth sense' -- the electromagnetic brain field. The scientific assessment is that this field is responsive -- therefore, control is possible.

Illuminati mind-control technology is capable not only of reading thoughts of all types with absolute precision, but of using predictable neuron-firing patterns ('resonance') as a point of delivery. In other words, thoughts can be inserted into the weak-minded.

SCANNING: Targeted individuals' minds are monitored in order to establish a schedule of attention patterns. That is, habits. Everyone thinks about a few things often.

This is the entry point. Once a mental and emotional map of repetitive thought has been drawn, the initial stage of influence can begin. The electromagnetic mind-delivery system interrupts an habitual neuron-firing pattern with an extremely brief 'blank' state, immediately followed by a new, and brief, Illuminati-designed pattern.

As the targeted subject becomes accustomed to the briefly imposed pattern, that pattern can be lengthened over time into an entirely new and controlled series of thought patterns.

This method is called 'emotional acclimation'. It has been derived from the most basic principles of human learning, and it differs from home and classroom education only in that the delivery of information is both concealed from the 'learner', and originates from a remote location via advanced technology.

CONCEALMENT: Intrusive thought control must be hidden. The introduction of ideas, the presentation of influential imagery, and emotional influence of behavioral choices, must all be concealed.

There are numerous means of concealment, but I will present the most obvious.

It is especially important to the Illuminati that pornography is consumed. The more extreme the pornography, the better. The more often the better. Habitual sexual fantasizing provides a smooth entry point for the insertion of thoughts, not only because sexual fantasy tends to be repetitive and to self-amplify over time. Sexual taboos provide external thought intrusions with an ideal place to hide.

A man holding taboo sexual desires is in no hurry to exhibit his hidden self to the world. Thoughts inserted, or else any deeper influential control mechanisms installed during a person's time in this dark space, are by practical definition destined to dwell within and operate from a deep internal space.

The Illuminati appreciate that, because it makes their work easier. Habitual fantasizing provides the perfect framework for mapping the behavior/reward structure of any given psyche.

RATIONALIZATION: It is not sufficient only to introduce new thoughts, notions, and impulses which enable deep control. The receiver must eventually become willing to accept them and follow them at the conscious level.

Individuals being influenced by mind control themselves perform the psychological choices which foist their awareness of external control. This is kit and key to the success of the process. Rebellion against the process would be a risk.

CULTURE-WIDE BOMBARDMENT: Have you ever wondered why Hollywood tends to produce more than one film of the same theme, the same exact subject material, within close periods of time?

Most would put this down to mere film studio competition (but you might note that no other film studios have been producing pirate films). The actual reasons are more sinister. Media theme saturation gets millions -- sometimes billions ( as with 'Avatar', and especially 'Pirates') -- of people thinking the same thoughts, memorizing the same imagery, asking the same questions, and ingesting new ideas...all together, at the same time.

See, even though the precise neural arrangement of each individual brain is unique, and each mind is unique, neural firing patterns are predictable. Each action of the mind moves through the human brain in a pattern that is statistically knowable.

The Illuminati use their select base of test subjects as a survey to establish templates for general (broad wave) delivery to the media-devouring public.

Once a template is established, and the delivery point has been chosen, the process of introducing subliminal messages may commence.

This procedure is successful because most members of the public happily embrace repetitive -- and therefore increasingly predictable -- thoughts and behaviors.

Media presentations presenting strong sexual and violent content are particularly effective, because these themes reduce internal reflective activity to a minimum. That gives the broadwave broadcast some space, to get in and influence minds without interrupting real-time conscious thinking.

Here is a list of the media categories targeted as vehicles for mass thought synchronization and habituation:

"Aspen" claims he is what the Illuminati call a "Signal and Context Tester."
They select individuals of superior intelligence and subject them to intrusive signals, via multiple means. This has been happening to him since he was a child.

If you want confirmation of the basic methods -- if not a description of the actual extant technology in play (they would never reveal that) -- please review this article, posted in the Daily Mail yesterday. Keep in mind that this is a sort of "child's play" version of how the actual, extant technology is applied:
http://www.dailymail.co.uk/sciencetech/article-2054065/Alien-abductions-just-dreams-Researchers-train-people-meet-ETs-sleep.html
The Illuminati encourage mental exercises which make the introduction of illusory events all too easy. As I tried to convey in my article, mind control recipients themselves do most of the work necessary to create susceptibility, and to fortify the blindness which hides external interference from their conscious awareness.
Please also review this article, concerning dream-mapping technology:
http://www.telegraph.co.uk/news/worldnews/asia/japan/3705790/Scientists-develop-software-that-can-map-dreams.html
I didn't include any such material or references in my article, because I do not want to be questioned over technical details. I do know of a "suppressor / compressor field" delivery system. Describing it would have been a distraction from the main point, which is that people are well advised to abstain from certain mental and behavioral routines which make them susceptible to the application of the technology. I'm sure you understand that.

While I do agree with some of the general ideas â€œAspenâ€ seems to be trying to convey, I fail to see the connection with the Pirates of the Caribbean film. The filmâ€™s actual message was essentially that greed is a curse and to be careful what you wish for; hardly an Illuminati theme.

The story was also somewhat a love story in some aspects, however I can see some of the modern feminist propaganda peppered in with the â€œElizabethâ€ character played by Keira Knightly; her character seems to compete with the other men as a fellow pirate and warrior-like â€œtoughâ€ girl. This is common with Keira as she has played similar roles in movies like â€œDominoâ€ which is based off a â€œtrueâ€ story about a lesbian bounty hunter tough girl.

Overall there may be some Illuminati, kabalistic, and paganistic symbols peppered throughout the movie, which is common with most Disney movies, but hardly enough solid evidence to back the claims of â€œdeep mind controlâ€

The repetitiveness of the Hollywoodâ€™s resulting product I think is due to the lack of imagination and talented writers; hence all of the DC and Marvel regurgitations for example.

Technological means can only do so much. 'Emotional acclimation' can be carried out by technological barrage of psychic driving, but currently the targets have to subscribe to satellite and cable television and cell phone contracts. Even when people are chipped at birth -- consent of the victim is ultimately required.

Read Arthur Koestler's 1967 book 'Ghost in the Machine', and contrast with Norbert Wiener's
Cybernetics and Society, and God & Golem, Inc.: A Comment on Certain Points Where Cybernetics Impinges on Religion.

Ultimately free will exists in every sentient being..