Multiculturalism: The Agenda of Organized Jewry 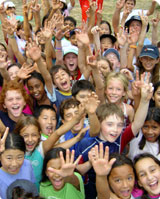 "For over 100 years now, Jews in America have been promoting multiculturalism as a strategy for weakening the dominant culture and thereby enhancing Jewish power."

Obviously, multiculturalism is also the agenda of the Illuminati and their puppets who govern us. This is the agenda of world government.  "We will undermine every collective force except our own," say the Protocols. ("Collective force" includes race, religion, nation and family.) While the following is not new, E. Michael Jones presents Kevin MacDonald's ground breaking research in a provocative and concise form.

(edited and abridged by Henry Makow )

In his essay, "Jewish Involvement in Shaping American Immigration policy, 1881-1965: A Historical Review," University of California at Long Beach Professor Kevin MacDonald shows in exhaustive detail how Jewish organizations supported multiculturalism almost from the moment when eastern European Jews arrived in significant numbers on these shores.

According to MacDonald, the "historical record supports the proposition that making the US into a multicultural society has been a major goal of organized Jewry beginning in the 19th century."

The main way in which Jews promoted multiculturalism is by changing this nation's immigration laws.

"Jews," according to MacDonald, "have been 'the single most persistent pressure group favoring a liberal immigration policy' in the US in the entire immigration debate beginning in 1881."

MacDonald goes on to cite one Jewish authority after another to back up his case. According to [Sheldon M] Neuringer: "Immigration had constituted a prime object of concern for practically every major Jewish defense and community relations organization. Over the years their spokesmen had assiduously attended congressional hearings and the Jewish effort was of the utmost importance in establishing and financing such nonsectarian groups as the National Liberal Immigration League and the Citizens Committee for Displaced Persons."

According to Nathan C. Belth: "In Congress, through all the years when the immigration battles were being fought, the names of Jewish legislators were in the forefront of the liberal forces: from Adolph Sabath to Samuel Dickstein and Emanuel Celler in the House and from Herbert H. Lehman to Jacob Javits in the Senate. Each in this time was leader of the ADL and of major organizations concerned with democratic development."

The Jewish promotion of multiculturalism in America had two main goals:

1) "maximizing the number of Jewish immigrants" and

2) "opening up the US to immigration from all of the peoples of the world." Both goals paradoxically used "diversity" as a stalking horse to advance Jewish ethnocentrism. The whole point of multiculturalism is not so much the promotion of diversity as it is the demographic dilution of homogeneity.

Representative Leavitt saw through the diversity ploy when he complained that the Jews were "the one great historic people who have maintained the identity of their race throughout centuries because they believe sincerely that they are a chosen people, with certain ideals to maintain, and knowing that the loss of racial identity means a change of ideals."

The purpose of multiculturalism has always been to subvert coherent cultures, weaken the majority, and thereby enhance the Jews' power.

Or, as MacDonald puts it,

"Ethnic and religious pluralism serves external Jewish interest because Jews become just one of many ethnic groups. This results in the diffusion of political and cultural influence among the various ethnic and religious groups, and it becomes difficult or impossible to develop unified, cohesive groups of gentiles united in their opposition to Judaism. Historically, major anti-Semitic movements have tended to erupt in societies that have been, apart from the Jews, religiously and/or ethnically homogeneous."

The early opponents of multiculturalism also feared Jews as agents of cultural subversion: "Our whole system of amusements has been taken over by men who came here on the crest of the south and east European immigration. They produce our horrible film stories; they compose and dish out to us our jazz music, they write many of the books we read, and edit our magazines and newspapers."

Jewish immigrants were also "widely perceived to be ... disproportionately involved in radical political movements," a fact often acknowledged by the Jewish press. In one of its editorials, The American Hebrew pointed out that "we must not forget the immigrants form Russia and Austria will becoming from countries infested with Bolshevism, and it will require more than a superficial effort to make good citizens out of them."

The fact that Jewish immigrants form Eastern Europe were viewed as "infected with Bolshevism. . . unpatriotic, alien, unassimilable" resulted in a wave of anti-Semitism in the 1920s and contributed to the restrictive immigration legislation of the period. Almost a decade after the immigration debate ended with the triumph of the restrictionists in 1924, Jewish immigration was still having consequences for American identity. As MacDonald points out, "In Philadelphia in the 1930s, fully 72.2 percent of the Communist Party members were the children of Jewish immigrants who came to the US in the late 19th and early 20th century."

Comments for "Multiculturalism: The Agenda of Organized Jewry "

Multiculturalism is part of satan's agenda biblically speaking. The tower of Babel concept reenacted to usher in the nwo and antichrist as the leader. Counties, like people have been blessed with unique gifts/talents and are/were erased by the globalism bulldozer. How else can they make people conform to the satanic world order if not by first erasing their family life,clear thinking, will power, culture, history, religion, self worth, dignity, nationality -even having their own currency helped with national identity etc Read somewhere that the Jews will be the first ones who will fall for believing that Antichrist is the awaited Messiah and it might be true. The whole world needs prayers, deliverance prayers and fasting to bind legions at this point :)