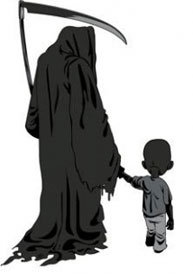 In a 1934 letter, Margaret Sanger, founder of Planned Parenthood, wrote to her financial sponsor, Clarence Gamble (the Proctor & Gamble heir) :

"We should hire three or four colored ministers, preferably with social-service backgrounds, and with engaging personalities. The most successful educational approach to the Negro is through a religious appeal. We don't want the word to go out that we want to exterminate the Negro population and the minister is the man who can straighten out that idea if it ever occurs to any of their more rebellious members."

Speaking before Rockefeller sponsored Planned Parenthood's 'Action fund' banquet  July 17th 2007, candidate Barack Obama made his public announcement that his 'first act as President' would be signing FOCA ("Freedom of Choice Act") It was.

The "Freedom of Choice" act amounts to de-regulation of the abortion industry and provides free federally funded abortions on demand. Obama is that 'colored minister with social-service background and engaging personality' Sanger envisioned.

Planned Parenthood's slogan last year -- "why should I be punished with a baby?"-- was featured in television commercial campaigns.

Obama mouthed this very slogan at a campaign speech in Johnstown PA:"I have two daughters.  If they make a mistake, I don't want them punished with a baby".

PLANNED PARENTHOOD operates the largest chain of abortion clinics in the US. It has more than 850 "Health Centers" (abortion centers), 80% are in minority neighborhoods. The organization performed 22 percent of all abortions in 2005 (260,000 out of 1.2 million abortions.)

According to a Fox TV story, "Blacks do, indeed, have much higher rates of abortions than whites or other minority groups. In 2000, while blacks made up 17 percent of live births, they made up more than twice that share of abortions (36 percent). If those aborted children had been born, the number of blacks born would have been slightly over 50 percent greater than it was.

According to "Klan Parenthood," A black baby is three times more likely to be
murdered in the womb than a white baby. Since 1973, abortion has reduced the black population by over 25 percent. Twice as many African-Americans have died from abortion than have died from AIDS, accidents, violent crimes, cancer, and heart disease combined. Every three days, more African-Americans are killed by abortion than have been killed by the Ku Klux Klan in its entire history. About 13 percent of American women are black, but they submit to over 35 percent of the abortions." 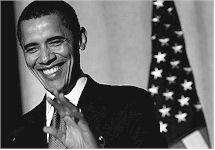 Bernard Nathanson, M.D., co-founder of pro-abortion "National Association for the Repeal of Abortion Laws" recalled creating the slogans for 'pro-choice' public relations with Betty Friedan back in 1968.  Such slogans included, "Women must have control over their own bodies." , and "Freedom of choice - a basic American right."

"I remember laughing when we made those slogans up. We were looking for some sexy, catchy slogans to capture public opinion. They were very cynical slogans then, just as all of these slogans today are very, very cynical."

It was a racket. Promote the breakdown of marriage while simultaneously promoting promiscuous sex behavior, with abortion as handy backup birth control.  The only thing better would be if the federal government covered the abortion cost for impoverished teens - the very demographic targeted by Sanger's eugenics agenda.

Nathanson and other former abortionists and clinic personnel have come clean after  becoming revulsed by the rampant profiteering of abortion providers.  Nathanson says all abortion doctors and staff are well aware they're in the business of terminating live human beings. After performing thousands of procedures, literally butchering the unborn, all rationalizations break down.

Thousands of young women die annually from botched legal abortions performed at a rate of 120 procedures per urban clinic per day, 8 am to midnight shifts, seven days a week. Nathanson himself estimates he's performed 75,000 abortions during his career as an abortionist.  The average cost to the patient for an abortion is around $480.00.

Doctors and staff who do the dirty work are expendable and replaceable.  Abortion clinics now are operated as large franchises with profits going to their boards and shareholders.  Only so much profit can be had from the abortion market alone, which with Obama's signing of FOCA will reach saturation shortly.  Tax payer funded abortion will increase the numbers to the maximum, but the corporate owners and investors of this industry want more profit.

Human baby corpses --stem cells and tissue-- are worth money.   What's left of the ban on wholesale harvesting of aborted human cell tissue has cost investors billions of dollars a year.

Abortion and Black Genocide (Barack Obama and the Negro Project)

Thanks for the Obama's Elite story. It is odd to see a man of mixed descent back abortion, since he is clearly a target for it.

As for Mrs. Sanger, I am reminded of a quote of hers from the Woman Rebel "Birth control appeals to the advanced radical because it is calculated to undermine the Christian churches. I look forward to seeing humanity free someday of the tyranny of Christianity, no less capitalism."

It is said that the Rockefellers backed Mrs. Sanger's efforts to corrupt society into accepting contraception and abortion. Indeed, she was told to tone down her pro-abortion rhetoric in her early years because it was felt that contraception had to come before abortion.

Unfortunately, the Devil's little helpers were right. Nowadays, women use abortion as a form of contraception. Neither men nor women save themselves for marriage. If and when they do marry, they put their faith in contraception rather than in God's Divine Providence where it belongs.

And then they wonder why they are miserable and their lives, finances, and marriages are in tatters. As one man observed, if a person could laugh in Hell, Mrs. Sanger would surely laugh at us.

I just wanted to mention that,after reading the link you have recently posted on "joining the masons"

the references made in the article to "riding the goat" are on two levels... the author who is about to be initiated has probably hit it on the head with the spiritual aspect, the communion with baphomet, etc, however, I have it from several ex-masons whom I know that the initiation, called "riding the goat" is actually much more literal... when initiated the initiate either commits an act of bestiality with a goat or is sodomized by the "worshipful master" or "WM", who is a high level mason in the "red house" or upper satanic levels of the masons, I think they said above 13 but I can't remember exactly... the WM always sits in the east of every lodge, this is according to a scottish rite member who was in the "blue house" (lower not-as-satanic levels, you probably already know this, anyway) and later accepted Islam and now lives in the middle east...

It may also be interesting for you to know that here in the middle east practicioners of sorcerery, called "siHr" here, often have to commit vile acts or combinations of vile acts such as sodomy, bestiality, incest, cannibalism, and desecration of sacred Islamic objects such as the Qur'an in order to have the assistance of what are called "shayateen" the plural of "shaytaan" which you can probably tell is the Arabic pronunciation of "satan"...

anyway, just thought you may benefit from these tidbits, if you like I'm sure you could find documentaion or more solid corraberation from other sources...

It is great young men are targeting how young sisters are targeted to kill
the race. However we need to focus on why our young women are having the
abortions, and once she brings forth the life, no one is there to give her
any emotional, mental or physical positive support. Today sister are
constantly in a war of hate against them by brothers, if brothers hate
their sisters so much, why should sister continue to produce brothers. It
is a forgotten fact women make women and women make men. The life of all
men are interrelated upon the condition of the emotional and mental state
of the collective of women who produce them.. If brothers really want to
stop the genocide of the race. Stop tearing down the sisters, let
motherhood be something a woman is valued for. And sisters will give life
to you again. Blaming women for the problem is not going to stop the
problem that caused the result.
RaDine Amen-ra Harrison
P.S. Fiaah gives retreats for healing the nature in women and men, go to
www.fiaah.org for more info

Thanks for posting another insight. Another day, another bad thing I hear about Obama. Seems the world is starting to take note that perhaps he isn't the "perfect" president they expected. Of course I already knew that was going to be the case from day 1. Anyone who gets into that position of power must have been compromised somewhere down the line.

I think people need to look at the facts. Here's just a few that stand out for me.
Obama talks of wanting to help the middle east, and at the same time promises $30 billion to Israel over the next decade. Although not surprising to us, perhaps the regular tabloid reader should take note.
AIPAC, the Israeli lobby group has a say over who goes into his administration and has managed to get people fired, even though Obama talks about getting rid of lobbyists. It seems he's still in AIPAC's pocket anyway.
The heroin coming out of Afghanistan has increased more than 30 percent since America went in? How come the president of Afghanistan is an ex CIA operative? I think that speaks volumes.
There are hundreds of examples of why it's obvious he is duping us all, and regardless of who won the election I'm sure all the same things would be said right now of McCain.
I think it's a sad state of affairs that we have put our faith in a man simply because of the color of his skin, when it's clear to see he is just as bad as the rest of them.

Once again, great article and thanks for posting, it would be nice if the public would wake up to this and if they were desperate for an abortion, to find somewhere to have it done that wouldn't give their baby away for stem cell research. Unfortunately I'm sure any information they need to realize this will all be in smallprint somewhere practically unreadable.

Thank you for your courage in printing this.

Dr. Bernard Nathanson is another Jewish American who belongs on the American Roll of Honour.

In John Powell's work Abortion: The Silent Holocaust, he is quoted extensively as a doctor and person of integrity who changed his mind on abortion and dedicated his life to helping turn the tide of abortion in America. These are valuable quotes because Dr Nathanson's book: Aborting America is completely suppressed.

Aborting America by Dr Nathanson and Richard Ostling is an expose of the pro-abortion movement by insiders . Dr Nathanson, has charged the Abortion Industry with a "systematic suppression of the this book." Quoted in John Powell SJ. Abortion: The Silent Holocaust. Argus Communications, 1981 (p. 88)

"Why did I change my mind? Well, to begin with, it was not from religious conviction, because, as I have stated on many occasions in front of many of you, as I have stated in this book (Aborting America), which is public record, I am an atheist, quite frankly...In any case, the change of mind began with the realization, the inescapable reality tha the fetus, that the embryo, is a person, is a protectable human life." Powell. Abortion: The Silent Holocaust (p. 86)

Reminds me of one of my favourite quotes from Pope St Pius X. "All the strength of Satan's reign is due to easy going..." Dr Nathanson, is definitely not one of those.