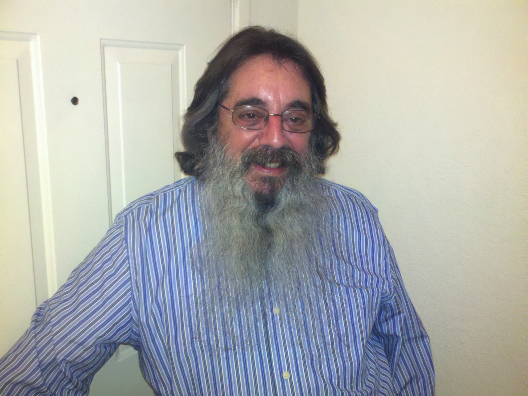 
Whether it is controlled opposition or idiocy, the fact is that the "Truthers" get no results. No problem ever gets fixed; it always gets worse.  Even a blind squirrel  gets a nut every once in awhile.

"I am sorry that many people do not have the patience or wit to appreciate the important issue at stake. Jeff Rense has enormous influence in the "truth movement" but is a psychopath. I do not consider psychopath to be an acceptable norm."

Truth is not a very interesting subject to people who are stupid, ignorant, or just plain evil.  Whether it is controlled opposition or idiocy, the fact is that the "Truthers" get no results.

No problem ever gets fixed; it always gets worse.  Even a blind squirrel  gets a nut every once and awhile.  Because the evil has been allowed to keep going for so long, we always get confused when we try to secure truth for ourselves to use in our daily lives.

I've been watching how the press has ignored Sherrif Joe Arpaio on Obama's birth certificate issue.  The so-called pay-triot movement used people like me and Dick Simkanin to put forward the issue of income tax, but when the going got rough, they cut and ran like a bunch of little pussies.

Simkanin and I were battling for our lives as we knew it, and the chicken-shit pay-triot movement had no cojones.   The people who convinced us that this was a problem that needed attention were nowhere to be found.  They stabbed us in the back and ran off with any money they could find.  I can't prove it but I'd say at least half of them are government weenies and the other half are just cowards.

Dick Simkanin (left) died in prison because he took a stand against the income tax but he was hoping that some people on the outside would support him and get him out.  If Simkanin was a one-legged homosexual with AIDS he would have had that support.  But as a patriot, he had little to no standing and they just let them "twist in the wind."  The pay-triot movement let him rot in prison.

My case was different but it had the same problem.  My case involved Joe Banister who prepared the returns in question.  I was "convicted" in Jan. of 2005 and acquitted of the conspiracy. Then, in June of 2005 Banister was acquitted of all charges which included filling out of my returns which the government thought were fraudulent.

When Banister was acquitted of everything, I should have been released because of the inconsistent verdicts.   Again, I was left to rot in prison, like Dick Simkanin, twisting in the wind.  I was not allowed to handle my own appeal and so I just sat in prison rather than get screwed by an attorney.

I can't say anything about Banister because I've never seen him do anything unseemly, but those so-called pay-triots around him are not the kind of people you would want to trust with anything, especially your mind.  I wouldn't listen to any of them. I've mentioned this to Joe but he keeps appearing with these people who can do no good for anyone. Their world is like a demented asylum. A continual imbroglio that runs night and day with no end.

Dick Simkanin was one of the nicest men I've ever known.  He was always well-mannered, respectful, thoughtful, and he had a great sense of humor.  He owned a 5 million dollar company.  Read what he said to the judge before going to prison for another seven years based upon some flawed legal process:

"Well, yes. I would -- I would ask the Court not to, not to do that, and to give me a chance to
prove that I can go through with the supervised release as I was given wrong advice, I acted on the wrong advice, and I'm telling you right now that I would not do that I'm tired of listening to all of these theories, and I don't think that I want to do that anymore. I want to get down and just get settled in my life and be a grandfather to my kids. I don't want to go back to prison."

A little later he continues:

"I would ask the Court for compassion and a chance to do the right thing, if what I did was not right. to start my supervised release if the Court would show mercy and not send me back to prison.  Prison has taken a toll on my life, my health. I have three grandchildren, two of which I still have not seen, and I [don't] want to be a grandfather from a prison cell, so I'm willing to go on supervised release if the Court would show some mercy. I don't want to write them. That's all I have to say."

So the federal judge showed him some federal mercy; he gave Dick another 79 months in prison plus an additional 33-months supervised release.  Asking a judge for mercy is like asking Satan in hell for a glass of water.  This is serious stuff and the evil runs amok. Dick passed away on December 28th, 2010.  He was one of the nicest men I've ever known and I was honored to be called his friend.

No one is truly prepared to battle the government because it is just too evil. The pay-triots come up with very expensive phoney solutions  The people who might agree with me are just too scared and don't want to do anything to jeopardize their lot in life.  That's understandable.

But the government is in gross violation of God's commandments and ultimately, governments like that will fail.  Since I don't want to fail; I just try to stay away from it to the extent that I can because it is just too stupid to be given serious consideration.

Since I'm bashing "Pay-triots" I would also like to point out that the conservative talk radio has the same problem: all show and no go.  They sure know how to talk trash but if you notice nothing really gets solved.

While I was being vilified by the New York Times and the case was all over the wire services, no one in conservative talk radio mentioned it. That's controlled opposition. The same problem continues over and over and over again.

So then, the problem you have with Rense is not really new to me, but it has the same symptoms as my experience. I was actually surprised that you were surprised. This is just standard operating procedure with the pay--triots who are really just another form of Nazis or communists. They are chronic back-stabbers.  You have to ask yourself, why would you trust any writer who has the bad judgment to even write on Rense's website?

The problem with violence is that a person would have to act exactly like the idiots they are trying to overthrow. It is quite a paradox. Most reasonable people do not advocate violence because they have respect for God's commandments. Even a Nazi or a communist deserves a chance to repent.

I don't join any groups as they are too easily compromised. I try to stay to myself as I cannot ever have any notion that these problems can be fixed by any political system.

Without a complete moral structure within the natural law, nothing will ever be right. It it "unsustainable." In my view, politics and religion are the two most vile things that I cannot endure any longer.

Oh, I believe in God, and I believe that God isn't that stupid to come up with religious and government systems as evil as the ones we have been exposed to.

Do we continue to write about the truth? I say yes. Telling the truth will always be honored by God.  At the very least, a man can at least function with the truth; without it, nothing is going to work.

If a man can use that truth for himself, I suppose that's all that can do and maybe all that should be expected.  If other people want to be evil and believe lies; then that's their problem, but there's nothing like the truth that will give a man a straight path to enjoyable living.

Walter Allen Thompson blogs HERE.
He is the author of
The Grace of Repentance: Keeping God's Commandments


Related - Memoirs of a Tax Resistor