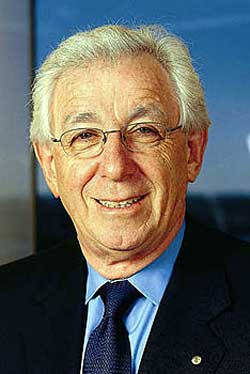 (This was a private communication. Full details will emerge at their proper time.)

There seems to have been a lot of people dying in the U.K lately so there was a long delay with my Father's funeral. It took two weeks and one day to get him cremated; that happened today. I haven't prepared an article but here's an update on what I'm looking at now:

I found my feeders! [The people who feed him info are Freemasons.] A private security company called Hakluyt & Co LTD of London. I first encountered them in spring last year. They sent a helicopter to buzz a TV station here while one of their Operatives was being interviewed live. The interview was about his book which was about how MI5 and/or MI6 were responsible for Diana's murder. Not the Royals He says! 'It wasn't the Royals' was the point of his book. The Whole country knows [Prince] Phil the Greek did it!

Hakluyt work direct for the Royals and United Grand Lodge England and a wider group called "The Pilgrim Society"! The buzzing of the studio while live on air was to give credibility to his "it wasn't the Royals" story, but I posted on their discussion page what the helicopter scam was, in real time, and the TV company then fluffed a scheduled repeat broadcast of the interview when they realized they were being used for disinfo/propaganda. Hakluyt have upped their surveillance of me since then. They'll be reading this.

They also cut a radio broadcast dead while live on air to imply MI5/MI6 interference, as the book says! So here we have a private security firm who work for the Royals and Masons, trying to frame our National security agencies for the murder of Diana to get Phil off the hook!

[Yes MI5 and 6 would gladly take the blame and share it amongst their virtually faceless organisations, hide things under secrecy acts, blame people that are already dead, leave doubt as to which MI did it and leave it all tangled up and that sort of thing! Anything to get the heat off Phil. They absolutely must be willing in this blame transfer or they would have investigated it and exposed it themselves, instead of Me and You having to do it!]

They send me a lot of emails in different names for discussions; they teach me about their ways! They also like jokes: like sending emails about things they hear me talking to my wife about in the car and in my home. They've been character profiling me from my e mails contents and from what they've learned from bugging me.

Frank Lowy [owner of Westfield Group] 'was' a member of a Zionist terrorist organization called Haganah. They operated in Israel to end the British mandate of Palestine after WWII. Haganah were the people that blew up the King David Hotel in Jerusalem. Westfield is a front for Zionist terror activities! Churchill fronted Zions hidden political wing in GB parliament; Haganah with Lowy, and Churchill in parliament, got Israel/Palestine its independence from GB to build a base for Zionist world takeover.

Hakluyt is a front for Zionist espionage in GB and further afield today. MI5, MI6, Mossad etc all come under government scrutiny to some degree, so they do their worst through Hakluyt, which is made up of ex-government SIS agency employees and hired guns that have the right attitude for that kind of work.

I sent an email to number ten Downing Street asking for all the names of New Labour Ministers, MP's and employees that helped with the sale of GB property to Lowy. These sites have shopping centres or Hotels on them now. They haven't replied to my request so I'm changing to paper communications and recorded mail delivery to start a paper trail with Browns office soon.

They are not comfortable with me doing this, if I can get enough publicity it means they can't use those locations any more for ff attacks, so will have to choose new locations on which they control security to get their explosives inside somehow, and they will make mistakes doing this, as they only work well when they follow systems; although their systems are all busted now anyway!

They are also uncomfortable because they don't know who else already knows about their plans and who's looking at them! They hoped to remain anonymous, ride the storm they create, then emerge as saviors and we all love them and thank them!

I'm going to do the next article about Lowy and Haganah and about GB governments knowledge of Lowy's terrorist past, and their assistance in securing chosen locations here. I'll try for early next week.
---
PS 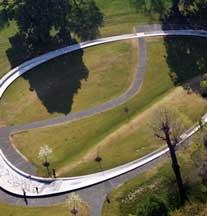 Have a look for aerial photos of Hyde Park London. The Diana memorial is a gaping vagina in ongoing female ejaculation! It gets turned off once a year for "maintenance" and while they trim nearby bushes! This is Isis cult activity; The Isis girls of old would abstain from sex and shave their pubic hair once a year, they returned to sexual activity when the hair had grow back! Did MI5 or MI6 build this monument in a Royal Park ? Who chose to encourage the public to "refresh their feet" (show the souls of their feet) to Diana's vagina ? Killing Her just wasn't enough, She'd been a little too loving and with the enemy of old, Islam!

Glenn's Last Article--Insurance Pays off for Companies With Occult Logos

I’ve just had the confirmation I was waiting for before telling You this. Frank Lowy has a ‘Security’ company of His own called “Protect”. It’s run from Israel by managers and trainers. They recruit all around the world, flying recruits in on subsidized flights; it’s only £50 from UK to Israel. The pay is very high!

Recruits are trained in a modern, quick to learn, but very deadly martial art. Those thought suitable after assessment are weapons trained and placed as protection with leading Zionists. Apparently business is very good!

I did some small scale freelance protection work organised by a friend of mine some years ago. My friend organised things and built security teams for events. He approached me recently to see if I was interested in this high paid protection work with training in Israel “, for the man that owns Westfield”. I nearly split my sides; I don’t really think Fun Time Franky wants me on his security team! I should have just turned up with a big smile!

One British trainee reported being shown small arms weapons dumps that were “ready” for whatever may occur. His estimate was perhaps a hundred guns per dump, but doesn’t know how many dumps exactly or where they all are! The two He saw are in Israel but the company is Global. Looks like Franky is expecting trouble!

Just read most of the "Illuminati", but could not finish it, because its a bit silly. This is not to say the author`s account is not correct, but he is too emotive to be objective. The intelligence community use all sorts of front companies, or trusted contractors. MI6/MI5 were behind Diana`s murder, because it happened....by that fact alone, they are guilty. In fact, just by following MI6/5`s basic brief, "to protect the national interest", they had many reasons to get shot of her, which I won`t go into right now as they are self evident.

By following the line that someone is trying to frame the intelligence services, so the illuminati can get away with it, is just silly! Articles like this don`t do us truth seekers any favors.

I am aware that MI-5-6 are instruments of Illuminati like the Royals. The point is they always try to shunt the blame off on their agents. I thought this letter contains interesting information and was written with intensity.