Masons Sank the Titanic as Metaphor for Mankind 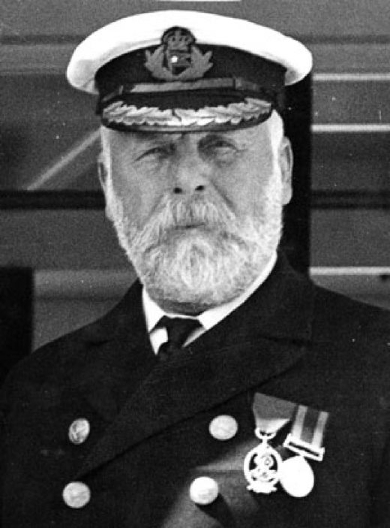 (Capt. John Smith. You can bet he was a Mason.)
This is part two of "Was Sinking of Titanic an Insurance Scam?"
I re-post this excellent article by John Hamer because it just hit me that our position is similar to passengers on the Titanic. Freemasons deliberately sunk it and covered it up as an occult message to society: The "unsinkable ship" has been sunk. This is your fate. 27 months later, the first Judeo Masonic world war began.
"The surviving crew were detained overnight and forced to sign a pledge under the  'Official Secrets Act', promising to keep secret forever, the actual events of the night of 14th / 15th April, 1912"
from July 28, 2011
by John Hamer
(henrymakow.com)

The Captain of Titanic, Edward Smith had been traversing the North Atlantic waters for more than a quarter of a century.  He was regarded as the 'world's most experienced master' in the North Atlantic but Smith knew all along that his ship would be made to sink on its 'first' voyage.

He also had complete knowledge of where the icebergs were.  Under his boss J.P. Morgan's secret orders, he propelled Titanic full speed at 22 knots on a moonless night and through a ice field 80 square miles in size.

Captain Smith's actions were totally out of character.  Significantly and conveniently, Smith in the age-old tradition, as Captain, went down with the ship.  Could Smith have even been 'allowed' to survive, knowing as he did, the real truth about the incident?

As is well known, there were not enough lifeboats for all passengers and crew. Some boats left the ship as little as only one quarter full.  The Captain strangely ordered white flares knowing full well that the international standard for distress flares was red.  Other ships passing within sight of these flares were intentionally confused and thought the Titanic was having a fireworks party. 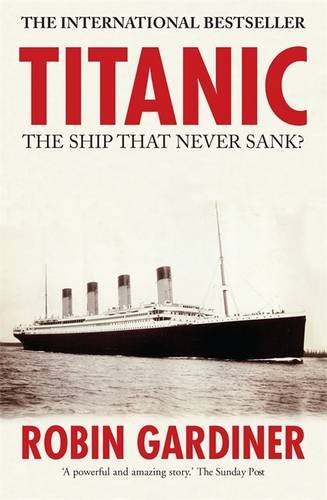 In his book, "Titanic, the Ship that Didn't Sink," Robin Gardner states, "As I delved deeper into the story, more and more inconsistencies became apparent.  Inconsistencies that individually meant little but collectively pointed to a grimmer reality than that usually depicted in the heroic legend".

He continues, "Officers who were later acclaimed as heroes were exposed as anything but.  One in particular removed a little boy from a lifeboat at gunpoint, before escaping in that same boat himself".

"Descriptions of the collision and damage supposedly sustained by Titanic do not agree.  The 'slight scrape' with the ice that was hardly noticed by most aboard contradicts solid evidence of structural damage at least 5½ feet (1.6 meters) within the outer hull of the vessel".

"Then came evidence to show that the ice the ship encountered was seen first not 500 yards (480 meters) ahead but more like 11 miles (17km).  I began to wonder if perhaps the sinking of the Titanic might not have been an accident after all".

Indeed, did Titanic actually strike an iceberg at all?  We only have the testimony of four people believe it or not with which to confirm or deny this fact.  First Officer Murdoch would have been the fifth witness but he did not live to tell his story.

The Titanic was not the only ship at that precise location that night.  For example, there is a photograph of a drifting lifeboat sporting the colors of a different ship than the Titanic.

Then there is the gouge in the side of the ship itself - 1.6 meters deep through the outer steel plates and into the inner skin!  Compacted ice is known to be very strong, but it is not capable of doing such damage to steel.

Both the American and British official inquiries were considered 'whitewashes', with much evidence ignored and eye-witness testimonies being twisted or indeed fabricated to fit the 'official' story.

(Zionist leader Max Nordau in 1903. Organized Jewry plots world wars decades in advance.)
Of the 102 witnesses called to the British Inquiry, only two were passengers. None of the witnesses (crew or passengers) were allowed to offer first-hand evidence of any kind and were strictly restricted to the simple answering of questions without elaboration.  By any standards at all, this sounds very much like a 'whitewash' to me.
A 'yellow-funnelled steamer' observed in the proximity of Titanic by the officers and crew of the Californian at around the time of the incident. This ship has never been identified.

"...I saw another steamer approaching, and asked [the wireless operator] what vessels he had within reach; he replied: 'The Titanic', whereupon I replied, 'That is not the Titanic; she is too small and hasn't enough lights.'
Shortly afterwards this steamer stopped and was bearing S.S.E. about five or six miles from our position.  ...the chief officer was sweeping the southern horizon with his glasses, and finally reported he saw a four-mast steamer with a yellow funnel to the southward of us, and asked if we should try to get down to have a look at her."  Captain Lord of the Californian in an interview with an American newspaper reporter in 1914.

The crew of this ship (whatever she was) must have been aware that they were close to the Titanic, so why did no-one volunteer any information?

Could this mysterious yellow-funneled vessel have been responsible for the devastating damage to Titanic?  The 'iceberg collision' is just a cover story concocted to protect the guilty.

Furthermore, upon arriving back in England, from New York aboard the steamer Lapland, two weeks after the disaster, 173 of the surviving crew me denied their right to speak with their trade union representatives.

They were also detained and forced to sign a pledge under the  'Official Secrets Act', promising to keep secret forever, the actual events of the night of 14th / 15th April.

Otherwise, they would be prosecuted and 'never work again', not just for White Star but for any other employer.  In those now far-off days, the inability to procure gainful employment could be almost a death sentence to the crews and their families.

Did Captain Smith deliberately steer Titanic into a huge ice-field without reducing speed to create a cover-story for the Titanic to be rammed by the yellow-funneled mystery ship?

Along with the officer on duty on the Bridge at that time, First Officer William Murdoch and Quartermaster Hitchens plus Quartermaster George Rowe on the after-bridge, lookouts Frederick Fleet and Reginald Lee were the only other ones known to have personally witnessed the appalling events.

Of these five witnesses, four survived, significantly all of them 'lower-class' people. Forcing four working-class people to keep quiet over a century ago, would have been a relatively simple task.

First Officer Murdoch is said to have 'committed suicide' in the aftermath of the collision whilst the ship was being abandoned. He has also been accused of shooting passengers before turning a gun on himself, something that his family and descendants have disputed. Could there be a more sinister explanation for his demise along with that of Captain Smith?

Down the years, suicide has always been a very convenient cover-story for many a silencing murder. How easy would it have been under the circumstances for a paid assassin to dispose of Messrs Smith, Murdoch, as well as the financiers Guggenheim, Strauss and Astor?

Thus, these wealthy men, who may have opposed the formation of the Federal Reserve System (granted, due to their own conflicting financial interests and not out of any great concern for the plight of the masses), were disposed of, along with the 'collateral damage' of 1517 other innocents.

------
John Hamer  has a horse-racing business in Yorkshire. This is an excerpt from his book, 'The Falsification of History - Our Distorted Reality' which was published in 2012.  John can be contacted at john@pegasusracingclub.com

Comments for "Masons Sank the Titanic as Metaphor for Mankind"

This is another take on what happened to the Titanic. Trying to find the truth is certainly a challenge with all the deception we are in. Do appreciate your efforts in revealing all the lies.

hey henry, i have heard that this guy was a jesuit out to do his mission. to get that ship sunk. cruising along at twice the speed [25] knots. that early in the season. the chances of hitting an iceberg was very high. the jesuit agents are sold to their order & will give their lives for it. there were many men on board that ship that were opposed to the new world order so it was a way to get rid of them.

Another aspect of the Titanic story is how many bankers were on board who died and the fact that almost all of those bankers were against the idea of a Federal reserve. One of my relatives, a banker, died on the Titanic. He was against a central bank.

I do think, if these pieces on the Titanic come into view as true bills, that John Hamer and you have done a really earth shattering good deed in exposing this 1912 floating version of 911.