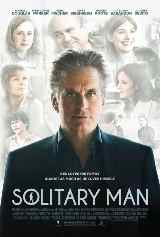 "If already now we have contrived to possess ourselves of the minds of the GOY communities to such an extent the they all come near looking upon the events of the world through the colored glasses of those spectacles we are setting astride their noses..." (Protocols of Zion, 12, v)

Michael Douglas' latest movie "The Solitary Man" is about a Jew but the "J" word isn't mentioned once. The writer, directors and almost everyone in the movie are Jewish but this fact is passed over too.

Why is this? So the audience can better identify?

The assumption is that, doing good or bad, everyone behaves like Jews.  Thus the audience can learn the dominant cultural assumptions and norms  without being aware of it.

The movies portray life through the lens of Illuminati Jewish and homosexual concerns which have supplanted our authentic ones.  Like education, entertainment is really indoctrination.

Few movies depict life as the majority of Americans experience it. For example, the Credit Crash and its aftermath was the dominant event of the last two years, but I can't think of one feature film devoted to it. Nor one about Hurricane Katrina either.

Nor are there any movies about courageous Americans (Henry Ford, Louis McFadden, Charles Lindbergh, Joseph McCarthy, James Forrestal or Whitaker Chambers) who fought the international bankers and their Communist Jewish agents. These patriots had dramatic lives and some were killed, but they have been stigmatized and marginalized by the colonial elite.

They have brainwashed the masses to see any resistance to this elite as "anti-Semitism," something even Jews admit is a cheap psychological trick.

The universe of "Solitary Man" consists of  super rich New York Jews who run the world's corporations and universities, ooze self righteous unction and chase after money and status. One aging Jew, Ben Kalman, (Michael Douglas) has tripped and fallen in this forced march to earthly nirvana.

When his doctor prescribed a heart test, he panicked at the prospect of death. Instead of just taking the test, Kalman cheats on his wife and customers at his lucrative car dealerships, and suffers a public humiliation. (Implausible plot point # One.)

When we meet him, Michael Douglas is long in the tooth and down on his luck. But he is still dapper enough to date a uber wealthy Jewish divorcee who happens to have the Board of BMW in her pocket.

In spite of this, she needs Kalman to take her daughter to Vassar, where he was a big donor, and sweet talk the Dean into admitting her. (Implausible plot point #Two.)

This rich divorcee is arranging for Kalman to get a prized BMW location. Nevertheless, he jeopardizes his comeback by betraying the woman's trust and sleeping with her 18-year-old daughter. (Implausible plot point #Three.)

He seems to think sex with a young slut who cares nothing for him is worth throwing away his life.

For course, the girl gets rid of him by telling mom. The dealership falls through. Kalman is left begging for crumbs from his daughter, ex-wife and an old friend.

But this doesn't stop him from sniffing around for more 18-year-olds, which is excruciating to watch. Michael Douglas is 66 and looks it.

So there's your Jewish morality tale. Forget that democracy is going down the drain; Congress has been bought; the President is an impostor; 9-11 was an inside job. Forget we have been fighting needless wars for decades.

Ben Kalman is acting out. That's what's important. He's a bad Jew. The good Jews--his daughter, wife, private banker and BMW representative-- tell him to be a mensch and put wife and family first. Danny Devito, the token Gentile, says the same thing. At the end, it looks like he'll go back to his wife.

After all, he has no options left.

Apparently, when it comes to defining the world, neither do we.

"The Solitary Man" is about a Jew but the "J" word isn't mentioned once. The writer, directors and almost everyone in the movie are Jewish but this fact is passed over too.

And it most usually has been. The recent movie "The Hangover" was once again a movie for and about Jews although it is never mentioned. For this very reason I no longer allow myself the luxury of viewing Hollywood produced rubbish, Im not anti Jewish, I just don't identify.

As I go back through my video catalog I find many movies about Jews where it is never mentioned that the movie is actually about them. Or at the very least most movies are about Jews portraying non Jews from a Jewish perspective and thus implying that history is different from what is generally accepted.

Kelly's Heroes, Starring Clint Eastwood and no less than a dozen Jews, Telly Savalas, Don Rickles, etc where the Jews have a joyous time mass murdering Germans throughout the whole movie. It makes Quintan's "Basterds" movie look tame in comparison.

How about Butch Cassidy and the Sundance Kid. Paul Newman is a Jewish cowboy in this one. Wheres Mel Brooks did I hear someone say?

For a later film, Transformers, where a little Jewish twerp runs around the whole movie exclaiming "Jesus Christ" every five minutes while he tries to swoon the cute gentile girl with his oh so wonderful personality.

And it goes on, in fact its kind of fun going back and seeing the pattern emerge.

But your line here was so utterly brilliant I am stupefied by its powerful message:

"Few movies depict life as the majority of Americans experience it. For example, the Credit Crash and its aftermath was the dominant event of the last two years, but I can't think of one feature film devoted to it. Nor one about Hurricane Katrina either."

Just simply, "WOW". That's heavy. Ill be meditating on this for some time.

I've been reading your columns for many years now and enjoy each one. Your recent review of Solitary Man w/Michael Douglas (http://www.henrymakow.com/solitary_man_-_jewish_morality.html) reminded me of another earlier film in which he played the star roll; Falling Down. As with these other films you mentioned, FD had a stronger message to deliver than the one of a man angry over the price of soda in a convenience store. Yes...the message of Falling Down was to accentuate the supposed racism and anti-semitism found in a loose-nut pawn broker who menaces Douglas with a canister of Zyklon B and exclaims, "They actually USED this stuff!"

The audience loved the star, Douglas, and his angst against the system...but the audience was also sold a ton of propaganda in hopes they'd love that too. Eg. anything packaged with a strong enough 'star' will be easily digested by the viewer.

Thank you for sharing your thoughts and those of others to educate the public into issues that that shapes our culture. As I see it,
individuals are being gobbled up in a sea of greed (ever expanding control over our lives to dictate how one's income is spent). How
do you undo a poor public education? It's taken me many decades to remove those rose colored glasses. And college is hardly any better
- real questions are not asked. Even among family, they don't want to know what's going on. Better to die unknowing? I like simple
phrases that are easy to remember. George Orwell was a master of them. For example, Jesus of Nazareth must be considered an anti-
semitic phrase in today's culture!

thought the article on 'Solitary Man' was interesting (as is most of what you write). I'm pretty much to the point that I don't watch a movie without a clip board in my hand.

Michael Douglas' next movie will be the sequel to the 1987 movie, 'Wall Street', where he will be reprising his role as Gordon Gekko. To anyone capable of checking their belief systems at the door, there is clearly an occult element to the movies that get made in Hollywood.

The 1987 movie was released in December right after the market crash. While most are unaware of this connection, or even believe that they are somehow related, even fewer are aware that Hollywood released a movie called 'Wall Street' in December of 1929, right after the crash. What a coincidence, RIGHT?

These movies were acts of occult ritualism and the crashing markets were essentially blood sacrifices.

The next incarnation of 'Wall Street', starring Michael Douglas comes out September 24th.
My guess is that the 'coincidence theorists' are about to get their financial heads handed to them.