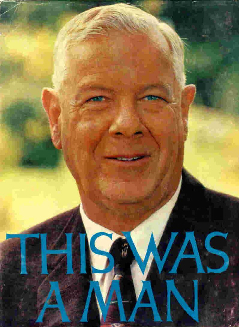 
As with Germany, the globalists have used "guilt"
to dispossess South African whites and render them impotent.
(In the West, only Jews are allowed to have a race-based nation.)

In 1994 the covert communist ANC took over the reins of South Africa.

Without firing a single shot, the country that brave men gave their lives for began its final descent. It was done mainly through the lies and guilt trips that the secret societies forced down the white South Africans throats. We all believed the lie that this was done to give equal rights to the poor black people.

The moral implications of Apartheid can be debated but the fact of the matter is this: The current black government of South Africa was handed a rising super power and ran it into the ground. How did this happen?

On the 6th of September 1966 the Prime Minister of South Africa, Dr H.F. Verwoerd was assassinated by the NWO.  The puppet leaders that followed him gradually sold out their people to the Rothschild communists.

Dr Hendrik Verwoerd wanted freedom for all people in South Africa. But he could not do that by just handing everything over. He knew exactly what would happen if the country was handed to the black people who had no skill to govern it. Let's just be honest for a moment. Saying this will enrage many but the proof is in the pudding.

After the death of Verwoerd, the wolves were left to run rampant in their sheep clothes. The conscience of the SA whites was attacked from many fronts to make them feel all the more guilty about their racial policy. The worst of these attacks came from our own treasonous church. The white people gave up their country under mostly religious pressure from the church not knowing that it had completely been infiltrated by the Masonic orders.

SOUTH AFRICA IS A MODEL FOR THE NWO

What was the purpose of destroying the South African government and replacing it with a corrupt puppet government other than being able to completely plunder and ransack its economy and natural resources?

South Africa was the blueprint for the USA, and the coming world order. We were the experiment. Compare the two countries:

â€¢  Illegal immigrants are slowly getting more rights than American Citizens. The reason Obama does not want to throw out the immigrants is not because he is so sympathetic of them. He wants them to take your job! Remember, they want destruction and collapse, but they want it gradual, exactly like they did to South Africa.

â€¢ Racial intermarriage is pushed by the whore mainstream media. They want to dilute the races so that there can be no patriotism or pride for your roots. A slave with no country and culture is less likely to revolt because he won't know what he is missing.

In South Africa we have become so acclimatized to crime and government
corruption that you just don't care anymore.  White farmers are murdered each week. This is genocide (http://afrikaner-genocide-achives.blogspot.com/).

They are sucking us dry. They are calling our bluffs every day. We become entrapped by our own comfortable inaction. The people that
are running things don't care if there is genocide. They don't even care if their own people have food. All they care about is pushing their communist agenda so they can have more. The insatiable hunger of the Marxist politician!

After the current government has basically taken everything white South Africans had, they have the audacity to cry for more. A few weeks ago, Archbishop Desmond Tutu cried for white "guilt" tax, compensation for our Apartheid era "crimes."

The future for the white people that built this country looks bleak.

The former ANC youth leader sang "Kill the farmer, Kill the Boer" on numerous occasions. His supporters still do.

Many white South Africans immigrate to Australia or New Zealand. It looks to me like the identity of the young Afrikaner man died with Verwoerd. Like lions in the zoo, our eyes faded and our dreams went to sleep. The feeling that I mostly get from other white young people is that we are like ships
without anchor.

We just get pushed around. It is nearly impossible for a white High School graduate to get into med school. If you want to become a doctor your marks have to be above 90%. Otherwise you shouldn't even waste your time applying. The white people in SA still think they where wrong for trying to keep what was bought with the blood of their fathers.

The experiment was successful. There were no revolts in South Africa.
The white people did not rise up. The poor blacks are exactly where they were except for the pig ANC elite, rubbing all our faces in their corruption and waste.

Next objective: USA and the world. Wake up sheeple, there has never been a revolution that was not instigated by the Rothschild parasites.

Comments for "White South Africa Was Conquered by Guilt"

in response to Mohommet (below)

The Southern African region IS THE LAND of the forefathers of the White Afrikaans speaking peoples! The Afrikaans speakers go back 355 years in Southern Africa when the Dutch East India Co. dumped their German / Frisian / Dutch / Danish & French Huguenot ancestors at the Cape as servants for the company before freeing some later. Please do not make the mistake in thinking that the Afrikaans speakers are simply White Colonials because Boer segment BROKE ties to Europe early on as they trekked inland during the late 17th cent. The Boer people have NEVER seen Europe as their homeland as they began referring to themselves as Africans since the late 17th cent. The forfathers of the Afrikaans speakers are buried in AFRICA not Europe! There are relatively few Afrikaans speakers who have even ever been to Europe. The Boer people in particular founded several Boer Republics as testament to their identification & attachment to Africa. The Boers arose on African soil & many never heard of Europe until outsiders told them as the Boers emerged on the Cape frontier in total isolation from the rest of the world. Furthermore Holland has very little to do with the ancestry of the Boer & Afrikaner peoples as most of the people the Dutch East India Company sent to the Cape were not from the Dutch population but were from minorities seeking refuge in Holland from Catholic persecution.

There is nothing more powerful, in the history of the world, then the infiltration of a political system trusted by a populace religious or otherwise. The Rothschilds approach from behind as a proctologist with a soothing and welcome enema. By the time one realizes that the warm water was replaced by hot lead it is too late. No one plays the game of "come from behind" better than the Sabbatean-Frankists.

Think hard before you spread your cheeks for anyone friend or foe. Alas, there is no stopping their game. The only ones informed are the misfits and malcontent. Less than 1% of the populace. All the rest are properly anesthetized or stunned for the coming slaughter.

This article on South Africa is such clueless racist garbage. I am inclined to think it is intentional disinformation. I am South African and I can say with certainty that after Verwoed the Afrikaaners ruled with the same old fist of iron right up until shortly before 1994. It was then that the more practical among their leaders pointed out (behind their closed doors) that it was no longer possible to maintain their privileged lifestyles and that said leaders were not willing to die for the right to swim on an all white beach.

Same leaders pointed out however that it was possible to maintain wealth and privilege by ruling from a base afforded by the various international secret societies which can be grouped under the umbrella title of Luciferian - (occult / money based). The Broederbond secret society (race based) had become a dinosaur but these far more powerful secret societies existed that would assist a new SA elite in exchange for various quid pro quos.

The only necessary adjustment was that wealthy members of other cultures (White English speakers and blacks) would have to be in on the scam. It took them just a few years to achieve this and the mark of their success was creating a black mega rich class overnight (enough English speakers were wealthy enough to pass muster and more have been added).

Indicative of their success was making Mbeki a Knight of the order of St Johns Hospitallers early in his presidency. He succeeded Mandela. SA is now a Luciferian state that operates for the Luciferian elites of all languages whereas before it was a racist state that operated largely for the benefit of whites and especially Afrikaaners.

lets not beat around the bush, the ONLY reason that the apartheid regime in SA was removed from power was
their treatment of non white people- esp blacks.

The Rothschilds & the Oppenheimers very conveniently exploited this to their advantage. The Communist Party in SA is run by zionist jews (its their creation after all.)

The intl banking/finance, media, politics industries are all Zionist controlled so it was not difficult for them to use these avenues to vilify & demonize the regime while Israel itself officially maintained very close ties with the apartheid regime.

After all, both regimes had policies based on discrimination against all races other than their own. Its not that the zionists/communists cared anything about the treatment of
blacks, they just found it a very convenient excuse to use.
actually, the Zionists are the most racist people on earth- their Talmud teaches them that they are superior to everyone else
the same can't be said for the Apartheid regime-but they had a hard time reconciling their policies with the teachings of Christianity-which they professed to follow.

let me also state that many whites were not happy about the apartheid policies of the govt & were good, decent people.
if only the white regime had never implemented the apartheid policy, im sure that South Africa would still be in their control & would have been a very prosperous country.

Of course, we would have to be constantly vigilant against the zionists because the country is one of the top gold, diamond & platinum producers in the world.

The Zionists have long since established themselves firmly in SA through their interest based banking system & the SA Reserve Bank.

As a Muslim, i believe firmly that God is in control of everything & nothing happens without his decree or without a reason.
i also believe God used the zionists to destroy the apartheid regime because of the cries & please of millions of blacks who bore the brunt of their racist policies.

Now, im just waiting to see the day when God will bring about the destruction of the intl. zionist regime & the illegitimate state of Israel.

The author has the audacity to suggest that somehow South Africa is the land of his forefathers.
were not talking of Holland here- its Africa.
it sounds like something Stormfront would love.