The "Comfortable Invisibility" of the Globalist Project 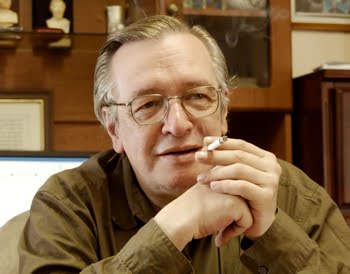 Comments for "The "Comfortable Invisibility" of the Globalist Project "

Thank you Sr Peyo for translating a beautiful, if not pessimistic, piece by Olavo de Carvalho. He masterfully touches on the financial, sociological, lineal and technical facets of creating a global slave plantation.

My only minor quibble would be with his ending note of abject fatalism concerning the ambitions of the competing Globalist Doctrines and our (the sheeple's) collective destiny under such powers. To discuss the Chinese/Russian alliance or supposed existence of a global "Islam" as separate entities from Fabian socialism ignores the very documented cases of Euro-Zionist funding of Bolshevik communism,

the control of Chinese economics via the drug trade by Euro-Zionists,

and the utter fabrication of a unified Islam.

To compare the doctrines as separate entities fails to recognize their intimately intertwined natures.

"It is said that the West had a global policy in regard to Islam. That is stupid. There isn't a global Islam. Look at Islam in a rational manner and without demagoguery or emotion. It is the leading religion of the world with 1.5 billion followers. But what is there in common among Saudi Arabian fundamentalism, moderate Morocco, Pakistan militarism, Egyptian pro-Western or Central Asian secularism? Nothing more than what unites the Christian countries."
-Zbigniew Brzezinski