Globalists Use "Brazil" Strategy in the US 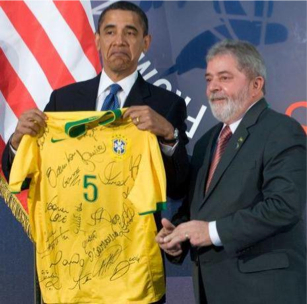 Comments for "Globalists Use "Brazil" Strategy in the US"

I've been reading your website with posts posts about Cultural Marxism (CM) for almost 10 years.

Today's essay by Marcos is one of the best, 'Globalists Use "Brazil" Strategy in the US'.

Marcos has a talent for explaining the essentials of a big topic in just a few paragraphs.

After reading this essay, I better understand the trends and the details of how the CM strategy is being transferred to the USA.
I hope you'll encourage Marcos to write more.