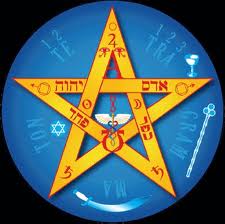 "In Hebrew, the verb meaning "to take up arms" also means "to have sexual intercourse. "

If Arabs feel they're being screwed, this may explain.

According to the 1977 book The Israeli Woman, by Lesley Hazleton, the Hebrew language  sexualizes war:

"Gever" is the Hebrew for man, pronounced with the main accent on the first syllable, giving it an aggressive swing. The word also means a cock, or rooster.

But if heroism is purely masculine in Hebrew, weapons and fighting are even more explicitly so. While the sexual connotations of "gever" derive from the cock of the roost, those of weaponry derive directly from the penis.

The Hebrew for penis is "zayin," which is also the word for a weapon. The phrase for Israel's armed forces can thus translate as "an army equipped with penises,'' and the verb meaning "to take up arms" also means "to have sexual intercourse. '

According to Hazleton -- whose analysis overlaps significantly with that of Jay Gonen, the Israeli-born author of A Psychohistory of Zionism -- Zionism's predominant impulse is an acting out of son-mother incest.

Hazleton documents this by quoting first from the prophet Isaiah's words addressed to the city of Jerusalem: "Thy land shall be espoused/For as a young man espouseth a virgin/So shall thy sons espouse thee." She continues:

The longing for Zion was one of the mainsprings of Jewish solidarity throughout the long centuries of dispersion; to act on that longing, however, was tantamount to an act of incest. As a mystical idea, the return to Zion afforded the bond of a future but "never to be achieved in our lifetime" redemption. It was imagined, as Isaiah indicates, in terms of the return of son to mother in sexual union.

Then, citing the prophet Ezekiel's characterization of "non-Jewish" sovereignty over Jerusalem to acts of "multiple harlotries," Hazleton writes:

The sons were to mount Mount Zion in the role of rescuer and sexual claimant, the young groom returning to claim his bride, the son his mother. The result of the intercourse between son and mother would be the rebirth of the son himself, who would give new life to his mother by saving her from the iniquities of suffering under foreign rule and restore her innocence and light as mother and life giver. It is thus little wonder that the fiercest enemies of Zionism in the early years of this century were the religious leaders of East European Jewry.

Describing the attitudes of the first Zionist "pioneers," Hazleton notes that their "coming to the land to rebuild it and be rebuilt" was

far more than a personal endeavor, this rebuilding signified both a personal and a group homecoming, a return to the womb of history in the form of the "espoused" -- Zion. The charismatic socialist Zionist leader Meir Yaari, guru of the commune of Bittania near the Sea of Galilee, was unafraid to express the sexuality of their zeal. The land they tilled, he said, was their bride, and they themselves "the bridegroom who abandons himself in his bride's bosom ... thus we abandon ourselves to the motherly womb of the sanctifying earth.

Hazleton then quotes Gonen's "interpretation" of this psychopathology:

Mother Zion, after being made love to by her 'homecoming' sons, gave birth to new life. Thus, the children replaced their father, husbanded their mother, and fathered themselves. They therefore experienced a Zionist 'rebirth' in which they played the new and masterful role of the potent life giver.

In his book, Gonen adds this flourish: the Zionist "frame of mind ... implies that once again mother Zion was being fertilized and impregnated by the ascending sons who came to her rescue. Since they found her desolate, they husbanded her and made her bloom again Through the mediation of mother earth of the 'desolate' land of Israel, they were able to fuse the role of the Lord and master with that of newborn babes. In this fusion they tapped the energy source of an early infantile omnipotence which can do magic."

Theodore Herzl, "the father of Zionism," Gonen notes, "captured this timeless actuality" in his novels.

The Zionist enterprise, Gonen claims, could be summed up in the slogan, "We came to the land to build and be rebuilt." Or: "The Zionist endeavor was a magnificent obsession containing the idea that the sons of Israel ought to return and rescue their mother Zion.
-----

MAKOW COMMENT:  Apparently this concept of conquest isn't confined to the land of Israel but refers to mankind in general:

In Studies in Occultism, (Quoted in "Lightbearers of Darkness")  Henri de Guilbert says the Cabalist Jew "looks upon himself as the sun of humanity, the male, opposed to which other peoples are but the female, manifesting and assuring the coming of the Messianic era. In order to realize this sociological manifestation, the Jew organically extends his influence by means of secret societies, created by him in order to spread everywhere his initiating force...(hoping to realize ) the universal republic controlled by the god of humanity, the Jew of the Cabala." (21)