The NWO Uses the SPIN Principle. 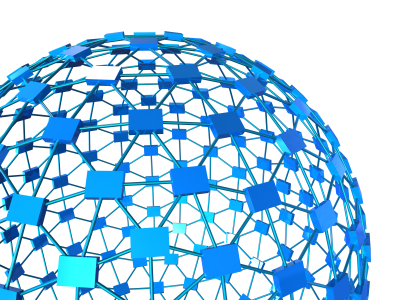 (From "Wise as Serpents, Gentle as Doves")

If one were to diagram a SPIN organizational chart it would not be a conventional box type configuration such as an army company organization chart. Rather, it would resemble a fish-net with interlocking nodes with groups linked to many other groups and cluster around nodes. There is no center to the network. It is like the brain's electrical connections, with an overlap of functions, so that good cells can take over from damaged sections. A network (one of their buzzwords) is many times more greater than the sum of its parts.

The New Age author Marilyn Ferguson does an excellent job in describing how the
Conspiracy's SPIN network functions.

"This is a source of power never before tapped in history: multiple self-sufficient social
movements linked for a whole array of goals whose accomplishment would transform
every aspect of contemporary life.

"Because SPINs are so qualitatively different in organization and impact from
bureaucracies...most people don't see them--or think they are conspiracies. Often
networks take similar action without conferring with each other simply because they share
so many assumptions. It might also be said that the shared assumptions are the
collusion.

Organizationally, the SPIN principle has worked wonders for the llluminati, who are the
Illumined Ones who are directed by an angel of light variously called Venus, Lucifer,
Satan, or Sanat (a scrambling of Satan). Different groups have their own preferred name
for this Master. Almost without fail their literature and art provide enough in each case to
positively identify this Being of Light Lucifer as the Ascended Master of every Illuminated
group. Sources that have been near the top of the hierarchies of these various groups
reveal that the "alliances" are not as loose as the public pictures them. The top leaders
are actually in contact and collusion together. Further, the New Age movement is
producing all kinds of organizational charts, Yellow Pages, coordinating councils between
groups such as the Unity in Diversity Council, etc. The movement is not as leaderless as
the New Age Movement likes to pretend.

Further, while their SPIN network is powerful, it is much more man made and artificial
than people can imagine. Groups that supposedly just materialize out of nothing, are
actually funded and promoted from the start by an outside source.

While the New Agers pride themselves on their SPIN strategy, the followers of Christ
have been configured the same way for centuries.

It must be admitted that several interlocking Secret Cults, the Freemasons, the CIA (the Company), and MI6 (the Firm) control much of the world. Through allied groups such as
the B'ai B'rith (the Order), the Skull and Bones Order (the Order), the KGB, the Triads,
the Mafia, the Order of Jesuits (the Company), and the MOUSSAD their control extends
even further. Finally, there are a plethora of religious groups interwoven into the whole
SPIN network. Some like the Universal Aquarian Church, the Metaphysical Church in
America, Light of Christ Community Church, the Institutes for the Enhancement of Life
Energy and Creativity (IELEC) in NY, Children of God's ashram, and the Church
Universal & Triumphant are openly New Age religious bodies. Unity School of Christianity
in Unity Villiage, MO is a training center for the New Age where Luciferian initiations have
been conducted for years. Lucis Trust functions as part of the brain of the New Age
movement, and the Findhorn Foundation in Scotland is comparable to the Vatican City
of the New Age movement. Today the llluminati are also known by the esoteric (inside)
name of Royal Ipsimus (Ipsimus is Latin for "Master of the Household.")
I

"Segmented Polycentric Integrated Networks" is as good a term as any to explain all 'movements', if that helps somebody see how 'spontaneous' public movements which seem spontaneous expression of public sentiment, with no apparent leadership or organization.

I prefer not to borrow think tank terms to explain these things. SPIN actually came from a British think tank 'hand book' for network organization by two fellows named Gerlach and Palmer in 1981. It's not new. In esoteric Freemasonry it's symbolized by the bee hive. The metaphor is ancient.

But here's all people need to memorize and recognize it. (quoting Fritz's quote of Marylin Ferguson's statement)

"Often networks take similar action without conferring with each other simply because they share so many assumptions. It might also be said that the shared assumptions are the collusion."

Anyone who grasps and understands this will be equipped to recognize this whenever the media shows us video or live feeds of crowds. There's lots of protests going on all over the world since summer. Late last week I watched the MSNBC live feeds of crowds in Pittsburgh near the G-20 summit.
Real protesters are people who generally show up with no plan and basically mill around watching to see what's going to happen. They're spectators.

The main event is when the COINTEL phony protesters show up in red bandanas or all black and start breaking out a window or two and shouting obscenities at baffled cops.

The classic prototypes of the technique of turning peaceful gatherings into media circus setups to label the public as 'radical extremists' is very old. It was used to turn the French Revolution into the Reign of Terror, and violent riots in Europe in 1848. It's a technique of Revolutionary Freemasonry. Variations include the Nazi Brownshirt "spontaneous" Krystalnacht riots were sparked by the Nazi press when a 17 year old Jew shot a staffer of the German Embassy in Paris for deporting his family and 15,000 other Jews in 1938, dumping them at the Polish border. The pogrom had already been planned, Goebbels Ministry of Propaganda was just waiting for the excuse.

The United States has had a long history of such events, most of which are forgotten down the memory hole like the Haymaker's Riot in Chicago and countless street wars from the 1870's through the early 1930's. Americans aren't taught in school Federal Troops facing down citizens is nothing new.

The latest wave of visible public attempt to protest in American cities this summer to last week in Pittsburgh plays right into the hands the combo of COINTEL phony 'extremists' and mainstream media who've been standing by with their well-rehearsed stunts and scripts.

It's all so predictable and BORING. People need to be innovative, do something unexpected for a change.

I like this approach I just found from Germany. This is fresh. The German election for Chancellor is Sunday Sept 27. (Tomorrow as I write).

Chancellor Merkel is expected to win with no real contenders. She's spouting the same NWO globalist buzz terms and lie that the 'recession is over!'.

It must be understood that Germany is months ahead of the United States in unemployment and economic depression from last years deliberate banker crash of the system. German youth of sick of Merkel, the EU, the WTO, IMF, UN and the NWO.

So they've been turning out in huge crowds to confront their NWO politicians like Merkel, just as our people turned out for the so-called 'Town Hall' meetings , but they're not playing into the usual dynamics of "we tell you our grievances, you mock us on media and tear gas us".

Oh no. This is different.

"they didn't seem to espouse any cause -- mingled with a crowd of around 2,000 in Hamburg who had come to hear the Chancellor speak. Merkel started to speak. But at the end of every sentence, the flash mobbers held up pieces of paper and let out a loud and exuberant "Yeah!"

"The group then repeated Merkel's words, saying nonsensical things like "growth!", "back door!" and "five!" after the Chancellor did."

As a kid did you ever have some class clown play the game of repeating everything you said? Annoying wasn't it. This is the new technique -- Cops can't very well start tear gassing and arresting people for cheering 'YAY!'

This approach doesn't carry placards with slogans or stress any 'causes' at all. And why not? Let's be honest, the politicians and media don't care about our concerns. They love placards and slogans and protesters wearing causes on their clothes so they can label us "EXTREMISTS" for saying anything at all. (except "YAY!!")

The riot police can't very well go in clubbing and gassing and audience that's cheering the speaker - albeit nonsensically. The best baffled media shills can do is call them 'flash mobs'. (EU media is already doing it).

Theatre of the Absurd and why not? What these prostitute politicians are giving us with these "World Leader" events last week is bullshit. Obama was introduced to the audience at the UN as "His Excellency". (YAYYY!!)

They don't want us to cheer their announcements, they want to cower if awe and fear - they're school yard bullies. School yard bullies bait kids and dare them to take the first punch and then the whole gang jumps on the kid while the crowd of bystander kids stand by terrified.

The way to handle bullies is to mock them till they blow their cool and look stupid and the bystander kids all laugh at them, seeing how nothing they are.