The Talmud - "An Ocean of Nonsense" 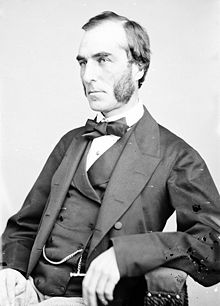 (left. Goldwin Smith, 1823-1920, Regius Professor of Modern History at Oxford University.  Many on the Internet incorrectly identify him as a  living Jewish supremacist for saying 'The Jew alone regards his race as superior to humanity, and looks forward not to its ultimate union with other races, but to its triumph over them all and to its final ascendancy under the leadership of a tribal Messiah.' .)

[Editor's Note: 90% of Jews haven't a clue about the Talmud which, with the Cabala, is the basis of Judaism. Nevertheless, this article may explain why many Jews are alienated from Judaism.]


"It would be impossible to find less wisdom, less eloquence, and less high morality, imbedded in a vaster bulk of what is utterly valueless to mankind -- to say nothing of those parts of it which are indelicate and even obscene -- in any other national literature of the same extent."


--"Three things are said respecting the finger-nails: He who trims his nails and buries the parings is a pious man; he who burns these is a righteous man; but he who throws them away is a wicked man, for mischance might follow, should a female step over them." -- Moed Katan, fol. 18, col 1.

by Goldwin Smith
Excerpt from "New Light on The Jewish Question" 1891
(henrymakow.com)


Of the two works on which, during the Middle Ages, Jewish intellect was chiefly employed, [one] the Cabbala [or Kabbalah]  is allowed to be mystical nonsense.

Of the [other,] the Talmud, Dr. Rev. F. W. Farrar, D.D., F.R.S., assuredly no Jew-baiter, in his introductory Preface to a volume of selections from it (A Talmudic Miscellany. Compiled and translated by Paul Isaac Hershon), says:

...."But yet I venture to say that it would be impossible to find less wisdom, less eloquence, and less high morality, imbedded in a vaster bulk of what is utterly valueless to mankind -- to say nothing of those parts of it which are indelicate and even obscene -- in any other national literature of the same extent. And even of the valuable residuum of true and holy thoughts, I doubt whether there is even one which had not long been anticipated, and which is not found more nobly set forth in the Scriptures of the Old and New Testament."

This judgment is fully borne out by the selections which follow, and which are made by Mr. Hershon, a known Hebrew scholar, on an impartial principle. It is supported by other independent critics, such as Thirlwall, who spoke of the Talmud as an ocean of nonsense. The writer will not presume to speak, though he looks back upon the perusal of a Latin translation of the Mishna as one of the least pleasant labors of a student's life. Dr. Deutsch's counterfeit presentment of the Talmud, to which Dr. Farrar refers, is a standing caution. In every page of Mr. Hershon's Talmudic Miscellany we have such things as this:

--"There were two things which God first thought of creating on the eve of the Sabbath, which, however, were not created till after the Sabbath had closed. The first was fire, which Adam by divine suggestion drew forth by striking together two stones; and the second was the mule, produced by the crossing of two different animals." -- P'sachim, fol. 54, col 1.

--"The Rabbis have taught that there are three reasons why a person should not enter a ruin: 1. Because he may be suspected of evil intent; 2. Because the walls might tumble upon him; 3. And because of evil spirits that frequent such places." -- Berachoth, fol. 3, col 1.

--"The stone which Og, King of Bashan, meant to throw upon Israel is the subject of a tradition delivered on Sinai. 'The camp of Israel I see,' he said, 'extends three miles; I shall therefore go and root up a mountain three miles in extent and throw it upon them.'

So off he went, and finding such a mountain, raised it on his head, but the Holy One -- blessed be He! -- sent an army of ants against him, which so bored the mountain over his head that it slipped down upon his shoulders, from which he could not lift it, because his teeth, protruding, had riveted it upon him." -- Berachoth, fol. 54, col. 2.

Abraham's height, according to the Talmudists, was that of 74 men put together. His food, his dress, and his strength were those of 74 men. He built for the abode of his 17 children by Keturah, an iron city, the walls whereof were so lofty that the sun never penetrated them.

He gave them a bowl full of precious stones, the brilliancy of which supplied them with light in the absence of the sun. He had a precious stone suspended from his neck, upon which every sick person who gazed was healed of his disease, and when he died God hung up the stone on the sphere of the sun.

Before his time there was no such thing as a beard; but as many mistook Abraham and Isaac for each other, Abraham prayed to God for a beard to distinguish him, and it was granted him. Every one has a thousand malignant spirits at his left side, and ten thousand at his right.

The crowding at the schools is caused by their pushing in. If one would discover traces of their presence, he has only to sift some ashes on the floor at his bedside, and next morning he will see the footmarks as of fowls.

The medical and physical apophthegms of the Talmud do not give much evidence of science: "dropsy is a sign of sin, jaundice of hatred without a cause, and quinsy of slander"; "six things possess medicinal virtue: cabbage, lung-wort, beet-root, water, certain parts of the offal of animals, and, in the opinion of some, little fishes."

Mr. Hershon's collection abounds with nonsense on this subject as absurd as anything in medieval quackery. Other features of the work are an Oriental indelicacy, and a pride of Rabbinical learning which treats illiteracy as almost criminal, looking down upon the illiterate as an American would look down upon the Negro.

The most superstitious of Christian writings in the Dark Ages could not be more tainted with demonology and witchcraft, nor in any monkish chronicle do we find fables so gross. Few would set the Talmud, as presented by Mr. Hershon, or the Cabbala, above the works of such writers as Anselm, Aquinas, the author of Imitatio Christi, the authors of hymns and liturgical compositions of the Christian Middle Ages; or, in the department of science, above the works of Roger Bacon.

The charge is constantly brought against Christendom of having by its barbarous bigotry repressed the beneficent action of Jewish intellect, which would otherwise have enlightened and civilized the world. The answer is apparently found in the Cabbala and the Talmud.

By the account of the Jewish historian [Heinrich] Graetz, it would seem that Rabbinical orthodoxy was not less opposed than Papal orthodoxy to science, philosophy, and culture. We are led to believe that, at last, Talmudic bigotry and obscurantism had prevailed, when Judaism was rescued by Moses Mendelssohn, who himself owed his emancipation to Lessing. Nathan the Wise is a philosopher and philanthropist of the eighteenth century, not a Talmudic Jew.

Examples of the seamier side of the TALMUD:

"Yebamoth 63a. States that Adam had sexual intercourse with all the animals in the Garden of Eden." 27.

This would imply that Adam stayed in the Garden and was not expelled after the original sin, or that he was busy committing these acts before the record of events in Genesis that caused his expulsion with Eve.

The Talmud further promotes such uncleanness through obscene teachings regarding bestiality and sex with children!

"Sanhedrin 54b. A Jew may have sex with a child as long as the child is less than nine years old" 30.

Kethuboth 11b. "When a grown-up man has intercourse with a little girl it is nothing." 31.