"The Way Back" to Good Movies 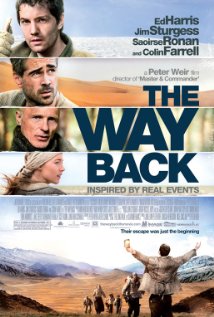 
Australian Director, Peter Weir, 66, has made many of my favorite movies: The Year of Living Dangerously, Witness, Gallipoli, Dead Poet's Society, Green Card, The Truman Show, and Master and Commander. He wrote or co-wrote four of them.

He was nominated for an Oscar six times but has never won, a sure sign of an outsider.

His latest film, The Way Back should not have been made. But I'm glad that it was.

It is the story of the escape of six men from a slave labor camp in the Soviet Gulag in 1941, and their 4000-mile hike from Siberia, across Mongolia, China, Tibet to India. Frankly, the movie is a hard slog (i.e. a bit dull at times.) Although it claims to be "inspired by true events," the sources have been challenged as apocryphal.

Nevertheless, I liked the movie because it affirmed human values. Weir is among the last Hollywood directors to uphold spiritual ideals over our baser instincts. I left the theater feeling more human and more positive about other people.

Movies today generally perform the opposite function. Made by Cabalists, they affirm our meanest instincts while paying lip service to right and wrong. They are full of apocalyptic fear and gloom and generally induct us into the Illuminati's satanic mindset. 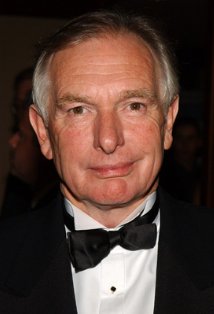 
Peter Weir's The Way Back represents an older more civilized view of life. Right away, it identifies Stalin's Russia as a criminal dictatorship. It doesn't portray Stalin as a kindly uncle, as do many Cabbalist productions.

Secondly, it is about the struggle for survival. The film pares human experience down to bare essentials. Yet, the six escapees share food equitably, make decisions democratically, and basically cooperate.  When someone dies, they bury and honor him despite their dire circumstances. These people are civilized. Although they are forced to tear bloody meat from the jaws of wolves, they are not animals. This is not  Deliverance.

When a beautiful 16-year-old Polish girl joins the journey, there isn't one lewd or even sexual note. They treat her like a sister.

The characters are understated and their interactions low key. Nonetheless, the main characters suggest a depth of experience, suffering and complexity. The main character Janusz is motivated by a desire to be reunited with his wife. She was tortured into betraying his anti-Stalinist views. Janusz wants to live so that he can forgive her.  She is still tortured, by guilt.

A vision of his cottage home keeps him going. His reunion with his wife at the end brought me to tears. I am pretty cynical and thick-skinned but I like to see ideals respected.

The movie-making is not nearly as deft as Weir's breath-taking Master and Commander , 2007, (which effectively affirmed masculine values.)

Fresh Tomatoes critics were generous to The Way Back. They gave it a 75% Fresh rating. Both the positive and negative comments are valid.

As you can guess, this was not an Illuminati Hollywood production. It was made by a dog's breakfast of small companies: National Geographic Films,
Spitfire Pictures. Imagenation Abu Dhabi. It was distributed by Newmarket Films, Exclusive Film Distribution, and Meteor Pictures.

Evidently the Illuminati don't yet have a total stranglehold on film. But their power is evinced by the fact that "The King's Speech" won the 2011 Oscar for Best Picture, Director and Actor.

The King's Speech is a film is about a minor footnote in modern history. It was made by the UK Film Council (i.e. the government) and the Weinstein Company. It is indicative of how historical  reality is trivialized and suppressed. The Illuminati isn't going to let us learn the truth. We are their mental and spiritual prisoners. They want to reduce humanity to an animal-state, better to serve them.

The purpose of cinema, and art in general, is to uplift us. We are not animals. We are something unique. And we are one family.

Comments for ""The Way Back" to Good Movies "

Thank you for this movie review, Henry. I rarely see a film nowadays and so am glad to have your input on this one: I'll look out for it.

One film I did recently see was Des hommes et des dieux (Of Gods and Men) which I wonder if you've seen. If not, you must see it for I think you'll like it. Of course it was much talked about here in France and it seemed to strike a chord in the public consciousness bearing, as it does, a truly Christian attitude to war, fighting, resistance, and peace.

The whole point of the film was more their reasons for staying there than anything else. It did to me what you said about The Way Back -- it made me feel (very) good about people again. I marveled once again at true Christian dedication in the twenty-first century.

The following was sent to me by a Polish-American friend in California this evening:

* Zbigniew Stanczyk
* Mysterious group of Polish escapees in India
* In March 1942, Chief Secretary to the Government of Bombay, Political and Services Departments, H.K. Kirpalani reported to the Consul General of Poland in Bombay about the arrival of a group of four Polish men who claimed to have escaped from the Soviet Gulag. They had crossed thousands of miles and were taken care of by the Government of India External Affairs Department. Four men recuperated for weeks in the local hospitals as per receipts from the Salvation Army and other facilities. Local government submitted expenses for their stay to the Polish diplomatic outpost. These records can be found among the accounting records of the Polish Bombay Consulate General, the only documentation which survived World War 2. We assume that the main body of the Consulate's documentation was destroyed by the Polish diplomats after the British government withdrew recognition of the Polish Government-in-Exile in London in 1945.
* We don't know much about the fate of these men after April 1942, whether they returned to Europe or later joined the Polish Army in the Middle East which jointly left the Soviet territory after the summer of the same year.
* Among the accounting records there are several "Certificates of Posting" from March 1942 about the heavy exchange of mail between the Polish diplomatic outposts in India and the Deputy Commissioner of Police Security Control in Calcutta and the Undersecretary to the Government of India Home Department in New Delhi.
* Escapes of the Polish officers from Soviet Gulag
* State Archives of the Russian Republic, (call number: GARF, f. 9401. op. 2, d. 173, l. 125-126), contain a report from November 1, 1945 by the commander of the 2-nd division of GUPVI NKVD SSSR , Major Bronnikow, who states that out of close to 100,000 Polish Army soldiers handled by the Soviet authorities between 1939 and 1941, approximately 1,082 Polish officers escaped from the camps.
* Camp commanders frequently falsified reports on the circumstances of disappearance of the prisoners and even if the number wasn't this high, we can assume that several hundred must have attempted the escape. A small percentage of them survived the Siberian ordeal. There are numerous reports in the General Anders Papers stored at Stanford University confirming these escapes.
* Anders collected testimonies from Poles who successfully reached the gathering points for the deportees on Soviet territory before he took that remarkable Army to the Middle East in 1942.
* What makes Bronnikov's report look reliable is that it officially admits to killing, by NKVD, 15,131 Polish officers. This fact remained a Soviet state secret until the mid 1990's and the document couldn't be made public until the time of official inquiries about the Katyn Massacre.
* Based on research by Zbigniew Stanczyk, Palo Alto, California

NO surprise, but Hollywood gave almost NO attention to "The Way Back". It was nominated for ONE oscar -- best make-up, but the award went to another film.

Peter Weir, the filmmaker, went out on a limb to make this film. He spent a lot of time at the Hoover Archives. Z. Stanczyk is credited in the film. I met Peter and Keith Clarke at the pre-release film screening in San Rafael. Nice guys. The film bombed at the box office. You can buy it on Amazon, I think. It will screen in Krakow on April 8.

Regarding doubts cast in the Wikipedia link about the story's veracity ... last month we visited friends of my wife in Staten Island, NY. On the wall of this lady's beautiful home was the portrait of her grandfather, who had escaped from a Soviet camp in Siberia and walked all the way back to Poland. Bozena's uncle jumped off a transport and returned (a much shorter distance). Knowing their source, I doubt these stories were invented. Kenneth Koskodan's No Greater Ally: The Untold Story of Poland's Forces in World War II (just reissued as a paperback) includes personal accounts of emaciated Poles who walked thousands of miles from gulag camps to join the reconstituted Polish army under General Anders, before it was evacuated to Iran, and points west. I've read memoirs, and even known several people, who took part in this incredible exodus. I'm sure the basis of the movie's plot -- and its affirmation of deeply human values -- is essentially true.