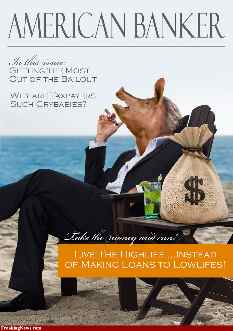 ROUGEMONT, Canada--The Pilgrims of Saint Michael will hold their 71st Social Credit Congress Sept. 4-6 at the Louis Even Institute near Montreal in Rougemont, Quebec--as this Catholic lay group continues to study and implement the sweeping monetary reform known as social credit. The target: the interest-bearing money system that is enslaving mankind.

This congress is among several events, ideas and movements that are taking root to battle the forces of economic and political oppression that have become highly visible to average citizens in recent years. A depression seems upon us.

Not to be confused in any way with socialism, social credit is seen as perhaps the most promising way of returning the creation of money to sovereign hands--independent of private bankers--so money can come into existence without bearing interest. This would effectively end the "curse" of private, central bankers creating money that incurs mountainous, relentless interest charges that comprise the debts of nations.

For the second straight year, AMERICAN FREE PRESS will attend this congress, which also is attended by activists, religious leaders, former and current government officials and others from around the world who are gravely concerned about the extreme global control that central banks and crooked financial institutions exert, which deepens poverty in the U.S., Canada and abroad.

This AFP editor has been studying social credit since September of 2008, learning of it at the American Monetary Institute's annual fall conference in Chicago, Ill. There, Pilgrims Yves Jacques and Alain Pilote shared a profound book, In this Age of Plenty, by the late Louis Even. This founder of the Pilgrims' headquarters was a relentless advocate for dispossessed Canadians who lost their homes and livelihoods. He continued the teachings of social credit founder Clifford Hugh Douglas, a Scottish engineer.

But Even's unshakable activism was in the 1960s; the economic situation is far worse today. So, the social credit movement and others see a golden opportunity to turn the tide by teaching  citizens how money is supposed to work, compared to the dysfunctional money system we have today.

Social credit essentially involves governments reclaiming the sovereign power of creating money interest-free in harmony with the nation's production level. It's designed to pay a national dividend to all citizens by virtue of their citizenship, with the amount based on that production; this dividend is separate from employment earnings and is not tax-funded welfare. Another component, the compensated discount, is a dividend to businesses in the form of a rebate.  It compensates them for price rollbacks to prevent inflation, and to make sure buying power stays in harmony with prices.

Under social credit, money is spent into circulation, rather than borrowed into existence with interest, and directly issued to citizens on a regular basis. Each person can seek employment to supplement their dividend. This foundational dividend income, with a debt-free currency, cannot create debt. Taxes and welfare would become rare or non-existent over time.

Moreover, Stephen Zarlenga, author of The Lost Science of Money, will hold his American Monetary Institute's next fall conference in Chicago, Ill., on Sept. 30 through Oct. 3 at University Center, 525 S. State Street.

"It's evident that true [monetary] reform, not mere regulation, is necessary to move humanity back from the brink of nuclear war; away from a world dominated by fraud, warfare and ugliness and toward . . .  justice and beauty. The conference focuses on minimum initial steps to begin this process and put time on the side of humanity instead of against us . . .  we urge you to avoid discouragement and instead join with us in this adventure to achieve positive results for America and the world," states a posting at the AMI website, www.Monetary.org, about the 6th annual  conference.

The writer is editor of American Free Press. See www.AmericanFreePress.net