The Left - "Useful Idiots" of the Rich 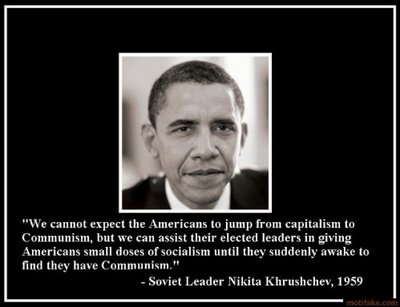 The Left, including the communists have generally served as the useful idiots of international capital ... The Left, whether in its Fabian, communist or New Left  varieties has been appropriated by the system it is supposedly exposing.

A self-appointed elite that Huxley called the 'World Controllers' and Caroll Quiqley described as 'an international network' has for generations been intent on establishing a 'World State' (Huxley) or what David Rockefeller calls a 'World Order' and and what President George W. Bush and others ...call the 'New World Order.'

In more common parlance it is called 'globalization' but it is seldom understood in its wider ramifications, as set forth here, especially by the Left, whose activists support  aspects of the same globalization process: multiculturalism, feminism, marijuana liberalization, abortion rights, open borders, and feel-good causes in the name of democracy and 'human rights,'  the results of which are further control by the global plutocracy.

The Left, including the communists have generally served as the useful idiots of international capital ... The Left, whether in its Fabian, communist or New Left  varieties has been appropriated by the system it is supposedly exposing. A post- New Left has emerged since the dissolution of the Soviet Bloc, and takes the form of the so-called 'color revolutions' under the patronage of the Soros network, and others.

The strategy  used by the international oligarchy is the same as that more generally recognized as being a major element in Marxist doctrine; namely dialectics, the conflict of opposing forces that generates a synthesis. This dialecto method is something that Sutton realized when he was trying to understand why the oligarchy so often seems to be backing opposing ideologies, governments, and policies.

The Marxist dialecticians stated that history is engaged in a process towards world communism that would arise out of the conflict of capitalism and socialism. The oligarchs, on the other hand, apparently operate on the dialectical premise that what will result from their "controlled conflict" will be a socialist-capitalist synthesis which we might call the "World Collectivist State;"  a world order that will be Communistic in organization but run by oligarchs rather than commissars. Aaron Russo, after talking with Nick Rockefeller, alluded to this as "selling socialism as capitalism."

Over the past few generations, the "crises scenarios" used by the oligarchs to sell or impose their plan of a World Collectivist State have included the problems of war, famine, overpopulation, disparity between the wealth of the so-called "North" and "South" , and in our present time "the war on terrorism" (perpetual conflict) and the threat of "global warming."

In general, it can be stated that many of these problems are the direct result of the debt-finance, trade and economic system that is operated by the oligarchs. Now the oligarchs present themselves as the solvers of the problems of their own making. A global "pincer movement" of agitation from "below" (the "Left")  and manipulation from "above" (the "oligarchs") dialectically operates to shift the center of mass political gravity towards an acceptance of, if not support for, a World State to end the crises that have been created by our self-appointed "world saviors."


--
This is the conclusion of "Revolution From Above" by Kerry Bolton published by Arktos.

Comments for "The Left - "Useful Idiots" of the Rich"

As regards Kerry Boltons inclusion of "Marijuana Liberalization" thrown into the pot of topics mentioned is quiet erronious I would say. Obviously, he has not researched, or is brainwashed by the deliberate demonization of Hemp/Marijuana by the P.T.B. I suggest he researches the overwhelming evidence of the benefits of Medical Marijuana and the incredible properties of Hemp and it's manifold uses. A truly God given plant of enormous benefit to mankind and the planet,and it's invaluable use all throughout known history in all civilizations.

Apart from that, I totally agree with overall theme of the article.

The dialectics Kerry refers to is also achieved by what is called the ''Delphi Technique''. Here is a good description of it -> http://www.eagleforum.org/educate/1998/nov98/focus.html
Basically the Left and the Right are total pawns and correctly described as useful idiots whose ideas and minds have been shaped to debate useless discussions and get to the end result, which is ''oneness of mind''.

By the way, if people want to cite more recent proof that there is a cabal that is operating from the shadows to create a World Order, one just has to read David Rothkopf's book ''Superclass - The Global Elite And The World They Are Making''. Rothkopf of course is a major insider, having worked for criminal Henry Kissinger's ''Kissinger Associates''.