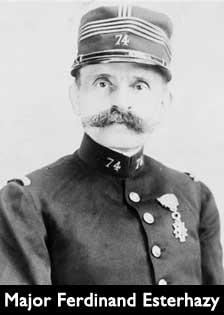 The Dreyfus Affair, which polarized & convulsed France for almost a dozen years (1894-1906), is a classic example of how the Rothschilds use anti Semitism to manipulate their fellow Jews and undermine
nation states.
Edmund de Rothschild arranged for an innocent Jew, Captain Alfred Dreyfus, to be charged with spying.
This treason provoked French nationalists -- especially church and army --to condemn Dreyfus in an massive outbreak of anti Semitism.
Later,  when the real spy, Ferdinand Esterhazy, a non-Jew, confessed, Jews were vindicated and patriotic France discredited and disgraced.  Turns out the real spy, Esterhazy, was a Rothschild agent!

The Secret Masonry is setting up "our own, to all appearance, off position which in at least one of its organs will present what looks like the very antipodes to us. Our real opponents at heart will accept this simulated opposition as their own and will show us their cards." (Protocols of Zion, 12.11)
by Henry Makow Ph.D
(Updated from Sept 16, 2009)


In 1894, a French Jewish artillery captain, Alfred Dreyfus, was accused of passing secrets to the Germans.
This confirmed the widespread belief that Jews, led by Baron Edmund de Rothschild, constituted a fifth column and undermined French independence and culture.

Dreyfus was publicly stripped of his commission and given a life sentence at Devil's Island. Throughout trial and imprisonment, Dreyfus professed his innocence.

The Dreyfus Affair was an elaborate psy-op. The real spy , Ferdinand Esterhazy, was in the pay of Baron Edmund de Rothschild. They deliberately implicated the Jew Dreyfus so that when he was finally vindicated, the conservative anti-Semitic anti-Rothschild party would be humiliated and discredited.
THE PLOT 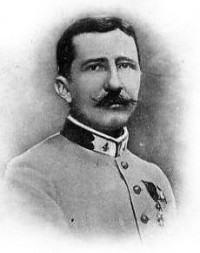 In 1895,  11 years later, the new Intelligence Chief Georges Picquart, left, was fed evidence that the spy was actually Esterhazy, who was not a Jew. Nevertheless the army, its prestige at stake, buried the new information and forged new evidence against Dreyfus. Picquart was exiled to a remote location. Anti-Semitism flourished in the army and there was a strong bias against Dreyfus. The Rothschilds used this to entrap them.

The Esterhazy information was "leaked" to the press and France was destabilized as the nationalists (army, landowners and church) faced off against the Dreyfus family, liberals and socialists demanding justice.

Eventually Esterhazy was fired, escaped to England where, in 1899, admitted he was the spy. Nevertheless the government and army dug itself a deeper hole, ignoring the evidence and prosecuting Dreyfus' defenders. Inevitably, the government changed and after numerous trials and appeals, partial reality was finally recognized.

Dreyfus was exonerated in 1906 and made "Chevalier of the Legion of Honor" in the same courtyard where he had been disgraced.

The forces of religion, nation and anti-Semitism were all discredited. All history books tell this story in terms of a comforting morality play where the innocent Jew (Dreyfus-Rothschild) is vindicated.  Dreyfus was innocent but Rothschild certainly was not. 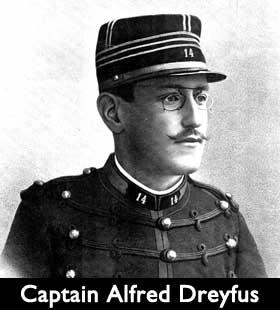 WHAT ARE THE CHANCES?

The real spy and traitor, Major Ferdinand Esterhazy, was an agent of Baron Edmund de Rothschild.

Esterhazy was a translator with the French General Staff.  In July 1894, he approached the German Military Attache in Paris, Von Schwartzkoppen, saying that financial duress compelled him to sell military secrets.

In fact, Esterhazy had  just received a large sum from Edmund de Rothschild in June 1894. He had been a schoolmate of Edmund de Rothschild, and this was only one of many payments.  (Herbert Lottman, The French Rothschilds The Great Banking Dynasty Through Two Turbulent Centuries, 1995, pp. 115-117)

There are many other indications that the whole "Dreyfus Affair" was orchestrated.

At the beginning, news of Captain Dreyfus' guilt was leaked to the anti-Semitic newspaper  "La Libre Parole." The publisher Edouard Drumont took the bait and began a vitriolic campaign against the Jewish officer. In fact, Esterhazy was also a friend of Drumont.

It is possible that Drumont was also financed by the Rothschilds. The Protocols of Zion acknowledge funding anti-Semitic publications. This may explain why anti-Semites blame all Jews instead of focusing on the Rothschilds and their Sabbatean/Masonic confreres. Thus Jews become human shields for the bankers. 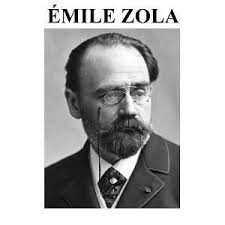 In Jan 1898, Emile Zola published his "J'Accuse" in the newspaper L'Aurore edited by Freemason and future Prime Minister Georges Clemenceau.
Zola was charged with libel and sentenced to a year in jail and fined 3000 francs. In 1902, Zola died "accidentally" in his home, poisoned by carbon monoxide. Did he learn something he should not have?

According to Frederick Brown's Zola: A Life, Farrar, Straus and Giroux, 888 pp, 1995:  In a deathbed confession decades after Zola's death was ruled an accident, a Paris roofer confessed to closing the flu on Zola's chimney on purpose.  The roofer didn't allude to a conspiracy, only said he did it for "political reasons".

In the Protocols of the Elders of Zion, the author refers to their ability to make the murders of Masons who become an obstacle look natural. On the other hand, it could have been inspired by anti-Dreyfus feelings.

On Feb. 16, 1899, the President of the Republic Felix Faure died suddenly in his office. He had just met with an exponent of Dreyfus' cause and argued.  There was speculation he was poisoned. Faure was succeeded by Emile Loubert, a supporter of Dreyfus. The Rothschild press made up a story that he died while having sex, and this is repeated in Wikipedia. 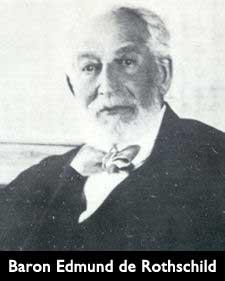 Edmund de Rothschild (1845-1934) was the man who financed the Zionist colonization of Palestine. Like the Charlie Hebdo false flag, the Dreyfus Affair told assimilated Jews that they must have a country of their own. It is legend that the Hungarian-Jewish journalist Theodor Herzl was greatly affected by the Dreyfus trial and its aftermath.

According to Wikipedia, "Soon afterward, Herzl wrote Der Judenstaat (The Jewish State, 1896) and founded the World Zionist Organization, which called for the creation of a Jewish State in Palestine. The anti-Semitism and injustice revealed in France by the conviction of Alfred Dreyfus had a radicalizing effect on Herzl, demonstrating to him that Jews, despite the Enlightenment and Jewish assimilation, could never hope for fair treatment in European society."

This is another example of how the Rothschilds secretly incite anti-Semitism in order to dupe Jews into advancing their demented scheme for a world government based in Israel. The same principle guided the Jewish holocaust where millions of innocent Jews became Dreyfus and worse. In the Protocols, the author refers to the "management of our lesser brethren." He means: inciting anti-Semitism.

Sponsoring Hitler was just a few levels of duplicity above sponsoring Esterhazy. In both cases, the French and German "anti-Semites" fell into the trap.

The big question today is how can Trump, who is surrounded by Jews, also be opposed by Rothschild and the Jewish-controlled media? Perhaps his role, like Dreyfus', is to create a wave of anti Semitism which will force millions of US Jews to emigrate to Israel. In the meantime, this apparent Jewish hatred of Trump gives him credibility, much like the phoney "Banker's Plot" of 1933 made FDR look like a champion of the people.  The bottom line, however, is that real anti Semites know that the central bankers are the problem. Thus, the Rothschilds deflect this blame onto the Jewish people as a whole, by fostering anti Semitism. Thus, the Rothschilds trick Jews who want to assimilate into acting as agents and human shields for their Satanic agenda.
----
I am indebted to Carol White, "The New Dark Ages Conspiracy"  (1980) pp. 45-48 for alerting me to this information.
--
First Comment from Anonymous:
As I remember, part of the strategy laid out in The Protocols of Zion is the complete discrediting of the electoral system itself -- democracy is but a stepping stone between the absolute rule of kings over various kingdoms of the earth and the absolute rule of the Elder's king over all the earth.  Trump's seduction of desperate and marginalised conservatives and his subsequent betrayal of them will thus also serve to destroy their remaining belief in the American system itself and dispose them to accept a completely different kind of rule.

Theodore Herzl wrote: "I owe Drumont much for my present freedom of conception, because he is an artist. " Theodore Herzl, the Father of Zionism admired the Pope of Anti-Semitism. And the feeling was mutual. Drumont (the Pope of AntiSemitism) was most probably also Jewish.

Your speculation in the Dreyfus article on why was the Masonic writer Zola murdered got me looking for more clues. I wondered if J'Accuse was enough, since somebody had to exonerated Dreyfus eventually for the real purpose of the frame, which was to give the French Catholics and patriots enough rope to hang themselves by going overboard on innocent Jews over the scandal. The same trick as the Taxil hoax had done during the same era in Paris.

But I think Zola was an idealist who went along with Masonry for a while - quite a while. Zola however thought his way through the spell to understanding something more about Masonry than Horowitz has yet.

It eats it's own.

"And would not Freemasonry eventually be
submerged by its own triumph--that of the ideas of justice, reason, and truth, which it had defended through the dark and violent ages of
history? It is a thing which constantly happens; the victory of an idea kills the sect which has propagated it, and renders the apparatus with
which the members of the sect surrounded themselves, in order to fire imaginations, both useless and somewhat ridiculous.
Carbonarism did not survive the conquest of the political liberties which it demanded; and on
the day when the Catholic Church crumbles, having accomplished its work of civilization, the other Church, the Freemasons' Church of across the
road, will in a like way disappear, its task of liberation ended. "

Just wanted to drop you a short note expressing my deep gratitude for your wise words and investigative insights today. With so many of us divided and nearly conquered, this level of journalistic work is in incredibly short supply, but almost certainly more desperately needed than at any time in our nation's history (though I am certain Lincoln, Paine and many others could convince me otherwise). In any event, I truly appreciate the great risk you take to make such truths more readily available to more of the masses, since changing the collective conscientiousness may be our only means left for a peaceful Revolution to defeat tyranny.

Besides the main point of your article, which is invaluable and why I distributed a link to it far and wide, the other critical key is for people to GET OVER the puppet Presidency of the U.S. of A., something I have been preaching for awhile and something your article exposes quite well. By showing how even well-loved, four-time President FDR was but a mere pawn, it helps my case that Obama is nothing but a Money Masters' creation in the most Madison Avenue of methods. And OH, how it has worked. Fortunately, the bloom is off the stinking rose. Let's hope and pray that more people will find the true source of nearly all our major issues today...the money manipulating Rothschild Dynasty.

True Freedom in Our Lifetimes,
Brent CFA
B.S. Finance,
One of millions of down-trodden and oppressed Americans who has nearly given up, if not for rare inspiring words like yours