Will Eurozone Survive... or Humanity? 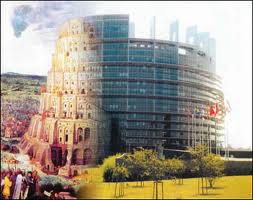 The Eurozone is dysfunctional
but it is a cornerstone of the Masonic Jewish
(Illuminati) Bankers'  World Government.
They plan to use this crisis
to transform a monetary union into a fiscal and
political behemoth ruled by them.

Talking about the current EMU crisis, which he characterizes as "the gravest crisis since World War I" , he calls for further financial consolidation which, he hopes, would stabilize the economies of the members of EMU."  Source


by Anthony Migchels
(henrymakow.com)
A lot has been said about the Euro's problems, most from a purely economic standpoint. It is clear that the imbalances that the Euro created in Europe are not sustainable.
Germany and its satellites (Netherlands, Finland, Austria) are much more competitive than Club Med. Because of the Euro the latter group of nations cannot devalue their currencies resulting in trade deficits and net capital out flow to the North.
Therefore the Euro's existence depends on a permanent bail out mechanism for the South which not sustainable.
But economics are of lesser import here. The Euro was not created to build wealth but as a step toward a World Currency. To rule the world, one must first rule Europe. Clearly, the Euro is the central bankers' pet project.
GRADUAL PROCESS
The current crisis is not at all unexpected. The Eurocrats couldn't get their coveted Federation in 1992, at the time of the Maastricht Treaty so they had to settle for the Euro.
They reasoned the 'right major crises' would pop up at some point, making clear that monetary union without fiscal union is impossible. They expect the nation states of Europe to surrender fiscal sovereignty to save the Euro.
In a recent article, an insider journalist, Ambrose Evans-Pritchard, exposed this process:
"Certain architects of EMU calculated that the single currency would itself become the catalyst for a quantum leap in integration that could not be achieved otherwise..... This was the Monnet Method of fait accompli and facts on the ground. These great manipulators of Europe's destiny may yet succeed, but so far the crisis is not been remotely beneficial."
He ends his intriguing report with the point that, "I think it is fair to say events are unfolding more or less as we expected." 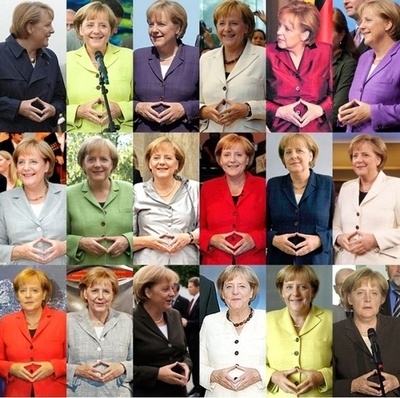 WILL THE EURO FAIL?
If you look at the economic data, IT SHOULD. But if you realize the world is run by a few bankers who want World Government, with a World Currency the answer is 'no'.
However, over the last two years, the Eurocrats have suffered badly. The popular resistance, both in the North and the South, is dramatic. Recently, the German Supreme Court allowed Merkel to go ahead with what had been done, but clearly reprimanded her for the lack of democratic legitimacy and the breach of the Maastricht Treaty, which does not allow fiscal or bond cooperation.
What happens if Greece leaves the Euro? Could they ever allow Romania, Bulgaria, and all these other second-rate nations in if even Greece couldn't deal with the Euro's dynamics? How would they ever sell World Currency if they cannot even make the Euro work?
Their biggest problem is that they lack all legitimacy. In 2005, France and the Netherlands rejected their 'European Constitution' by a resounding 60-40 margin. They pushed ahead with Lisbon anyway, but this was a disaster.
They need the popular vote. The Protocols make clear they need to say: 'you wanted this, you voted for it'. Without this legitimacy, they face revolt at any time. They can't push ahead if the underlying treaties and laws were never accepted by the populace.
So when Papandreou calls a referendum and 'the markets' and Merkozy are in total shock, what does this show? It just exposes the quicksand under their feet.
They know this, but they are losing. They are losing the battle for the mind and they are pushing ahead because they have no other way.
WORLD GOVERNMENT AT STAKE
This whole European mess represents massive crisis for mankind. If the Euro fails, a death blow will be landed on their NWO project. It will take them decades to recover and resume the march to World Government. But they don't have this time, because people are waking up.
True, the Occupiers are still largely clueless, but in Europe, where austerity is already biting badly, people are being forced to look for answers. There is talk of debt repudiation; there is the Icelandic example and there is of course interest free currency. In Germany dozens of regional currencies are flowering: they report 100% per annum growth.
It is now more important then ever to start talking solutions. We must keep in mind that this credit crunch is a total fabrication that could be solved over night.
Interest free currency is the main solution. Debt free Government currencies are a quick fix, but far from ideal. Much better is Public Banking, which is interest free credit provided by state-owned banks. But eventually the Illuminati (Masonic Jewish)  monopoly of currencies must end.
With the Oceans on the brink of collapse after Deep Horizon and Fukushima, with the Credit Crunch, with (HAARP induced) earthquakes everywhere and wars and rumors of wars its fair to say the NWO is preparing for their endgame.
But seeing their weakness in Europe, the result is not a foregone conclusion.
The challenge is to provide real alternatives. It is not enough to expose them. They expect a fight, but they expect to succeed,because they don't think we can create the right solutions.
Jacques Attali, another insider: 'Most of these new contestants will propose no system of substitution... Except for a handful who will propose a return to theocracy.'
So we know what to do. Let's get going.

Further reading:http://realcurrencies.wordpress.com/2011/10/13/reassessing-the-greenback-and-other-alternative-monetary-systems/http://realcurrencies.wordpress.com/2011/10/26/for-self-determination-we-need-free-currencies/The first article is an in depth analysis of Government controlled currencies (the Greenback, Social Credit, Public Banking).The second explores the idea of a free market for currencies, so that the users of the money have a choice.
Anthony Migchels is an Interest-Free Currency activist and founder of the Gelre, the first Regional Currency in the Netherlands. You can read all of his articles on his blog Real Currencies

Comments for "Will Eurozone Survive... or Humanity? "

A point not being discussed about the Greek crisis is the root cause that goes beyond borrowing to pay generous public benefits.

In the last decade, Greece, like Italy, has been overrun with immigrants from low wage Third World countries of North Africa and the Middle East. The presence of large numbers of these people depressed wages and thus tax receipts while forcing more people to seek the public dole. Immigration is a tool of the Globalists and is being wielded in all the Western World.

Polls suggest that 70% of the population want Greece to stay in the EURO. Greeks recognize that reverting to the Drachma would plunge the country back to the Middle Ages overnight; they are a very proud people (for good or for worse) and have tasted the luxuries of a good life after entering the then EEC.

I doubt they would want to live rubbing sticks and stones and chase after their food wearing just a fig leaf (if they know what’s good for them)! There are sound arguments for leaving the EURO. And yet, I am not sure that the Greek people fully comprehend the ramifications. To paraphrase one journalist, this cure could be worse than the disease.

As painful as this sounds, what the Greeks want is almost irrelevant because the choices are bitter either way. For now, they need to bite the bullet and take what cards they are dealt. The outcome for Greece and the Eurozone will depend on how the hand is played. Tonight’s vote will determine the political direction of Greece and hopefully place its fate in more capable hands.