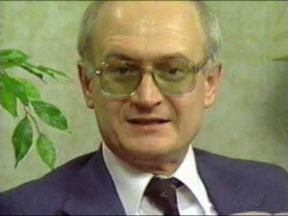 The Soviet Union was a front for the alliance between international bankers and the British Empire.  Marxist-Leninist ideology is illegitimate to the core; it is a tool used in the process of "ideological subversion," a method of weakening independent nations and ultimately turning them into socialist "democracies" under internationalist control."

In a 1980's interview with G. Edward Griffin, Yuri Bezmenov, KGB defector and expert in propaganda,  said the subversive methods employed in the U.S. by the KGB were designed to "change the perception of reality of every American to such an extent that - despite the abundance of information - no one is able to come to sensible conclusions in the interest of defending themselves, their families, their community, and their country."

This multi-stage process requires media complicity/mediocrity, control of educational policy, widespread corruption in politics and industry, and the unlimited money/credit of the international bankers who funded and controlled the USSR.

Scrupulous and influential opponents are discredited, threatened or murdered.  It goes very slowly, and its purpose is to eventually bring the target nation to total collapse, when efficient shifts of power structure and economy can take place.

It is important to understand that the goal of ideological subversion is NOT to convert everyone to the left.  Leftist ideology must only be presented as a legitimate alternative for the subversion to be successful.  The Hegelian dialectic does the rest, and when the economy of the target nation, the subverted population - divided, dumbed down, short-sighted and reactive - will beg for the expansion of government programs. 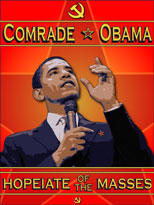 According to Bezmenov, the first stage of this process - demoralization - usually takes 15 to 20 years because this is the amount of time it takes to educate a single generation of students. In the United States, the super-patsy, this process has continued uninterrupted for at least 50 years.  It has been applied in any area of society where public opinion is formulated.

Bezmenov said that about 80-85% of the KGB's resources, money, and manpower went toward this subversion process.  They recruited journalists, filmmakers, actors, musicians, activists, etc.  He said many KGB agents were exchange students.

UNDERMINE CULTURE
Here are a few examples of subversion from Bezmenov's lecture in Los Angeles in 1983:

Religion - "Destroy it.  Ridicule it.  Replace it with various sex cults...   Slowly eroded religious doctrine and divorce people from the Supreme Being. Replace accepted, respected religious organizations with fake organizations.  Distract people's attention from the real faith, and attract them to various different faiths."
Education - "Distract them from learning something which is constructive, pragmatic, efficient.  Instead of mathematics, physics, foreign languages, chemistry...teach them history of urban warfare, natural foods, home economy, your sexuality...anything.  As long as it takes you away..."  (U.S. students rank near the bottom of developed nations in math and science testing, despite having spent more money per pupil than any other nation.  See Charlotte Iserbyt's The Deliberate Dumbing Down of America)

Media - "Who elected them?  How come they have almost monopolistic power over your mind?  They can rape your mind. But how come they have the nerve to decide what is good and what is bad for the ELECTED - by you - president and his administration.  Who the hell are they?  Spiro Agnew, who was hated by the liberal left, called them 'a bunch of enfeebled snobs,' and that's exactly what they are.  They think they know.  They don't."

Feminism - "I don't know how you feel about feminism.  I don't think that to be equal with men you have to politicize your movement.  You cannot legislate equality; you have to BE equal.  But that distracts your mind from real issues: family, loyalty, and moral foundations."

In a nut shell, this process destroys, weakens, or simply replaces any existing organizations and institutions that work for the nation's own interests.  Sane individuals with a sense of history understand that people in power cannot be trusted, hence the checks, balances, limitations and unalienable individual rights provided by our Constitution.  A belief in Marxist-Leninist ideology (state tyranny) requires a child-like hope for benevolent dictators that care about the interests of everyone.  History shows that these are disposable mouthpieces of world government.

Co-founder of the World Federation for Mental Health and friend of UN Charter author and Soviet spy Alger Hiss, Dr. Brock Chisholm, nailed it when he said, "To achieve world government, it is necessary to remove from the minds of men their individualism, loyalty to family traditions, and religious dogmas..."

If We Had A Choice

Bezmenov concluded his lecture with a powerful message.  The answer to subversion is "bringing society back to religion.  Something that you cannot touch and eat and put on yourself.  But something that rules society and makes it move, and preserves it."

This all relates to a great lie about religion that has been carefully instilled in most:  that some individuals need religion.  They've got it backwards.  Societies NEED religion more than individuals do.  If there is not a single, unifying philosophy that all men are under together, then men (or perhaps the spirits they worship) will rule as they see fit.  If this is true, and I believe it is, how could the Creator (if he exists) prove his existence and mankind's purpose in a more effective way? History seems to prove we have a choice:  be ruled by the laws of God, or subject to the claws of Man.

Y.B. lecture of the process of ideological subversion Part 1: http://www.youtube.com/watch?v=JN0By0xbst8

Comments for "Demoralization is Weapon in Secret War-- KGB Defector"

Have been reading your articles for many years and was very interested in the above. The quote that "individuals may not need religion but societies do" is a very important point. I recently read an article by a pastor in which he notes that when religion is taken out of society, deviant behaviour such as homosexuality increases. It is interesting to note that it is not crime in general which escalates but rather this behaviour. Islam also states that when fornication increases in society, the incidences of sudden death in young people also rises. While it may be difficult to equate why A should result in B, it is, nonetheless, a very interesting observation as we witness the removal of God's laws from our communities. People seem to understand the need to have civil laws to ensure the smooth running of our towns and cities, but deny that we need God's laws to keep our societies healthy. Keep up the excellent work!

The article begins: "The Soviet Union was a front for the alliance between international bankers and the British Empire". This is true on one level, but on another (spiritual) level, it represents other things; underneath it all, the ideology which spawned the Soviet Union was satanic in inspiration.

It used to be that Rome (when it was still Catholic, before the antipopes began their rule in 1958) condemned Communism in all severity. Pope Pius XI, in his 1937 encyclical "Divini Redemptoris", wrote:

"See to it, Venerable Brethren, that the Faithful do not allow themselves to be deceived! Communism is intrinsically perverse, and no one who would save Christian civilization may collaborate with it in any undertaking whatsoever. Those who permit themselves to be deceived into lending their aid towards the triumph of Communism in their own country, will be the first to fall victims of their error. And the greater the antiquity and grandeur of the Christian civilization in the regions where Communism successfully penetrates, so much more devastating will be the hatred displayed by the godless."

In the Spanish Civil War, the hatred displayed by the godless was plain for all to see.

In the 1930's, Stalin and his brethren in despair sent a large number of Communists to infiltrate Western institutions, like the U.S. Government and, particularly, the Catholic Church, as Dr. Bella Dodd testified to the House Committee of Un-American Activities (as I think it was called) in the mid-1950's. They wished to neutralize the Church because her firm anti-communist stance was a real thorn in their hell-bound sides. Their plan came to fruition in 1958; and, during the awful, false Council of Vatican 2, Communism not only was not condemned, it was not even mentioned in the Council documents.

It is the true nature of a convinced Communist to lie, to lie often, and to lie as naturally as he takes breath. Since they do not believe in God, His Commandments, Original Sin, the devil, and hell, there is nothing to stop them from lying through their fangs when it suits their purposes.

"The devil is a liar and a murderer from the beginning". His followers, whether they know it or not, model themselves after him, with predictable eternal consequences. You can see how Communists and their brethren in despair, whatever their names may be, have no compunction about turning the established order of a nation completely upside-down. Instead of quality education, we get garbage propaganda and sex (sin) education; instead of promoting sane, reasonable and even noble ideas about marriage, we get garbage like no-fault divorce and homosexual "marriage"; instead of abstinence, purity in morals, which should be reflected in the media, we get garbage like contraception, and its twin, abortion. Et cetera. Evil ideologies spawn decay, stagnation, malaise, frustration - nothing constructive at all.

It is sin and indifference to all the things which are of God and His Christ which has led to this situation. It is said that we get the leaders we deserve; and, in general, we do, particularly if there are not enough good people to compensate for the bad. Now we are ruled by people who want to make us all mindless, godless, helpless, hopeless and dumb slaves. But it is also said that "the Truth will set you free"; and the -love- of 'truth', and an aversion to all lying in one's life, will help people to escape all of this; at the least it is a firm foundation, and a good place to start.