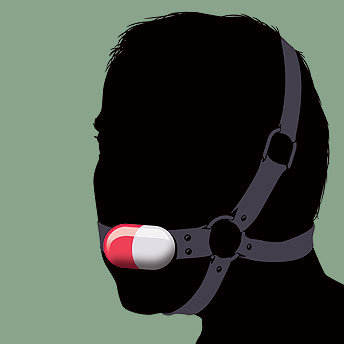 The medical profession is an extension of the
pharmaceutical industry.
Instead of curing us, many doctors are making us sick,
preying on us for profit like drug traffickers.


This is the story of Matthew. He is my step grandson, who has been raised entirely by my wife since shortly after birth. I have know Matthew since he was eight-years-old. Although Matthew is a good kid, at that time he was struggling with what was called Autism, a label for a wide spectrum of abnormalities surfacing in early childhood.

Matthew's issues started shortly after he was given a vaccination for Measles, Mumps, Rubella. This is often the case for children with Autism. The doctors claim it is just coincidence. The critics claim it is the ethyl-mercury contained in the serum as a preservative that actually causes Autism.

Those chemicals include but are not limited to, Zyprexa, Seroquel, and Zoloft. Zyprexa was the subject of a Rolling Stone Magazine article clearly explaining how drugs are often marketed for conditions they were not developed for. This makes billions in profits for the stockholders, who risk their very fortunes to help humanity. You see, it is those overwhelming profits that help develop new drugs to help humanity. And so this cycle goes.

Meanwhile back on the block, kids like Matthew have to wade through a chemical maze designed to generate an entirely new perception of life.

That is where Matthew was when I came into the picture. The Doctors were working fervently to solve Matthews problems with a pill. And Matthew exhibited all sorts of problems too. He would have mini-seizures called "posturing". 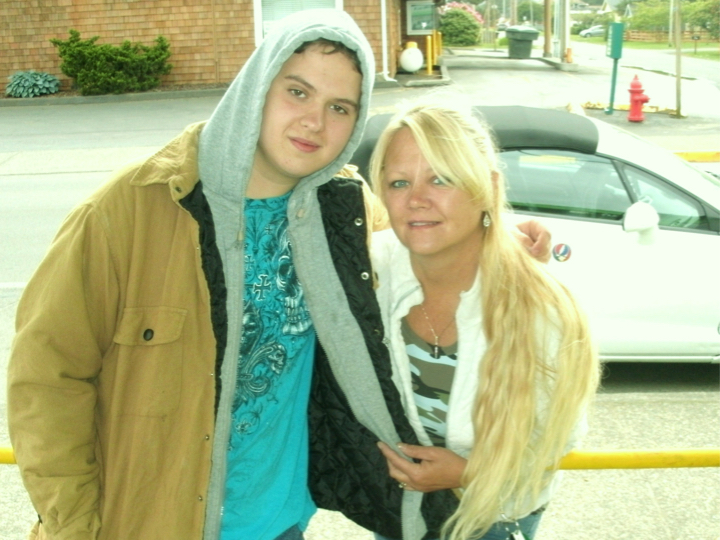 (left, Matthew and his mother Rebecca)

Isn't it lovely how the Doctors always seem to hatch a clever euphemism to cover an ugly truth. Posturing consists of holding both hands out in front of the body, palms up as if being inspected. Matthew would then roll both beautiful brown eyes completely into the back of his head exposing just the whites of his eyes.

This would occur all throughout the day. Matthew seemed to be completely unaware of what occurred. It all seemed so strange to me, but my future wife assured me the doctors had told her this was perfectly normal. Of course it didn't have anything to do with those potent psychoactive chemicals...

It was those wonder-working chemicals that caught my interest. I accepted the Doctors' explanations for Zyprexa, Seroquel and Zoloft because I simply did not know enough. Ignorance is bliss. But when the Doctors added Adderall to Mathew's regime, they were pushing the very limits of credibility.

Adderall is an amphetamine class drug such as Ritalin. When Matthew was on Adderall, he exhibited behaviors very similar to crack heads. His eyes would roll in their sockets in a different way. His behavior at school had reached the point they were going to expel him. I convinced my wife, the Doctors were barbarians who had sold there souls for a free trip to Hawaii perk. I convinced her to take Matthew off all the drugs, to at least let his poor system clear.

Within two weeks, 80-90% of what the Doctors were calling Autism totally disappeared never to be seen again, including "posturing".

Matthew's behavior corrected itself. A new Matthew emerged from the ruins of the old, like say a Phoenix or something. The transformation was complete. The new un-drugged Matthew no longer shoveled Potato chips into his mouth, and he consequently lost a bunch of excess weight. He developed a vibrant sense of humor. He was a human being again.

The special school Matthew had been attending had a policy that required all parents to drug their children. Working in conjunction with the school, the doctors found fertile ground to traffic drugs. It all seems so "drug-dealer-like" to me, but what do I know I am just a parent?

In any event, Matthew was not welcome at the special school anymore, so for the very first time he ventured into the public school system. It was a daunting task, but something he lived up to. Isn't it weird how people excel  when challenges are placed in front of them, and they are free to use their minds?

Many years later Matthew graduated from that public school system without incident, and with many new friends. He regularly works out with weights. He has many hobbies and interests, including girls which is far beyond the scope of this article.

Matthew is almost 20-years-old now and is looking forward to facing life's challenges, undrugged, unfettered, and flags flying in the wind.
--------

A few years back I required knee surgery. After the surgery, the doctor wrote me a prescription for 60 oxycodone to kill the pain, and told me if I required more to go back and see him. I went to the pharmacy and took ten of which I tried one. The remaining nine were taken off my hands by a colleague who has a bad back, he told me that you can get 10 to 15 dollars a pill for these on the street.

"And it seems to me perfectly in the cards that there will be within the next generation or so a pharmacological method of making people love their servitude, and producing â€¦ a kind of painless concentration camp for entire societies, so that people will in fact have their liberties taken away from them but will rather enjoy it, because they will be distracted from any desire to rebel by propaganda, brainwashing, or brainwashing enhanced by pharmacological methods."

The health are field is more of a field that manages or attempts to manage disease (drugs and vaccines)rather promote awareness of prevention in a natural way. Dr. Humphreys (video below)looks at the attempts at vaccination as prevention and the problems that have come about as a result of these programs. We need health freedom and healthy alternatives to chemical pills such as nutrition, hand washing vitamin C, D , Selenium among other sources which greatly improve our health. I would personally rather deal with measles for 3-4 days rather than a life long problem from vaccine damage.
Dr. Humphreys are vaccines safe?
https://www.youtube.com/watch?v=BpC0Tbb3diI

four months ago I made a conscious decision to dump off my "doctor's pills" too. Admittedly, they were not the potentially dangerous kinds of medications that your article discusses. They were prescribed for more mundane problems like high blood pressure, cholesterol and Diabetes type 2 (an almost artificially generated disease if ever there was one.)

Since that time (late October 2014) I have lost nearly 20 kilos and have felt 200% on where I was back then. In order to achieve that figure (that's nearly two sacks of unwashed potatoes from the local supermarket that I've lost,) I had to dump off all the junk food (any processed food/stuffing,) and add some healthy supplements to my diet.

Juicing my own fruit and adding Manuka honey to the mix helped a lot, as did a half hour walk. I get better sleep at night and don't suffer from constipation or piles any more. Sores I used to get on my belly have disappeared. Dumping off those pills even at this level has paid huge dividends, healthwise.

My question Henry, is "how is Alopathic medicine held in such high esteem by government departments, when your average 'sick person' is obviously better off without their "medications"? There is some clear cut corruption going on too, when people are forced to vaccinate their kids against their will, when many of those children are still being hospitalized after doing so, and that particular debate has split the Australian community on many occasions, as it evokes a lot of emotions on both sides, particularly if a child has died as a result of a vaccination program.

Last week, I met a nurse who I knew some years ago. She now works on a charity food van in inner city Brisbane. She offered me their standard "blood pressure test" which I agreed to, for old time's sake.

My BP was quite normal of course, and she also noticed that I had lost a lot of weight. When I told her how I had achieved that figure (from 131 kg's down to 112 kg's) she was absolutely horrified - "you dumped off ALL of your doctor's pills?" she almost yelled at me.

She is a nice person, but during that 20 minute "test", she did everything she could to persuade me to "go and see my doctor" and get back on those pills - I gracefully declined...

When it comes to our personal health, we have to take charge of it, generally speaking and learn to manage it for ourselves, day to day. To expect doctors and nurses to do that for us, places us straight back in the unmerciful hands of the giant pharmaceutical companies (Big Pharma et al,) and we will do so at our peril...

It's time for a public outcry against Big Pharma Henry, but I'm not sure that it will do any good. Even if it only alerts more people to the potential dangers of their own "doctors pills" it will have been worth it though.

hanks for posting this Henry. I was once addicted to adderall.

Last drug I took was seroquel. I took this because of all the weight I lost and lack of sleep. Seroquel helped me eat and sleep. Then I weighed over 200 pounds, so I got off this drug. I'm at my normal 170 pounds now.

I believe there is an effort in this country to medicate the population- typically with psychotropic drugs in order to more or less sedate us. I'll never take medication again. Drugs are overall toxic. I do not wish to be sedated in any way.