Satanist Weighs in on US Election (Updated) 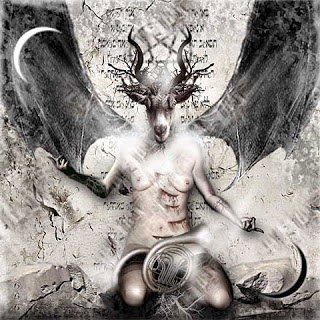 Comments for " Satanist Weighs in on US Election (Updated)"

Satanists cite bible verses?? Since these a**holes are all Edomites and Khazars, here's one for them.
Malachi 1: 3...but I have hated Esau, and I have made his mountains a desolation and appointed his inheritance for the jackals of the wilderness." 4Though Edom says, "We have been beaten down, but we will return and build up the ruins"; thus says the LORD of hosts, "They may build, but I will tear down; and men will call them the wicked territory, and the people toward whom the LORD is indignant forever."

Is there anything else that matters? They can't make that go away, even if they destroy the whole world .

If your idea of a god, is a dishrag made to endure agony for all eternity, never able to exit from it, then when you die a god will be born. You get to deceive us, but your lord is leading you to the slaughterhouse right after us. Funny how you call us naive when it's you who is. Your "god" is going to deny that you ever worshiped it and reject you before God. Then, your "godhood" of eternal torture shall commence.
So much witty toilet humor but no real point.

If one wants truth about the elections and satanism in all its coming hideousness just go here and listen and listen well. [Catherine Austen Fitts]

Amazing, I've never heard it said so well how the desire to microchip people is livestock management and being mind controlled accordingly! This inhuman system is where the American establishment is taking us all.

We all know Satan as the "father of lies." He has especially infiltrated the Church, as shown by the utter nonsense about the devil leading with the head, while moronic Jesus leads with a bleeding heart. Take a look, you can see it's not scriptural. Isaiah 1:18. â€œCome, let us reason together, says the Lord."

What this guy is talking about is Satanism, whether it be left or right hand Satanism, it keeps being Satanism. Either way represent a one-sidedness. The real truth is found in the Middle Path as represented by Gautama Buddha and the Christ.

The American election circus is on itâ€™s whole an expression of the Satanist influence on the American mind and spirit. Like it has the same influence on all the people in every so called democratic, but actually dictatorial country. There are no democracies on this planet. Most people couldn't even handle it, because most people havenâ€™t control over their animalistic impulses. Life isnâ€™t about magic and how to (mis)use that. Magic is always based on influencing people and circumstances, thus wanting to have control. Life is, as you yourself wrote in your latest article, about getting to live in ones own soul and expressing the innermost truth thatâ€™s living within it. Itâ€™s about finding out where the unrightfully occupying Satanist squatter dwells within that soul and throw him out!

It is a fact that American presidents, as well as other high "elected" officials are put there by orders, not by vote. Hillary was chosen decades ago as an arrogant blabber mouth even said openly that long ago when the public could not even dream that this hated bag would be put into that office. It is possible that the powers who do these things may have changed their minds on her for several reasons but so what? They own the political parties and all candidates of them. Anyone who thinks there will a different direction if Trump gets in is delusional.

An honest man, not owned by the money creators, is not allowed media time or ballot access. Concern over the election campaigns are total wastes of valuable time, means and emotion for nothing. The fix will not be unfixed. People should use such assets for beneficial changes such as forcing honest money on the world's governments, the first necessary change for any sort of material good. But, this too, requires people returning truly to God and his commands.