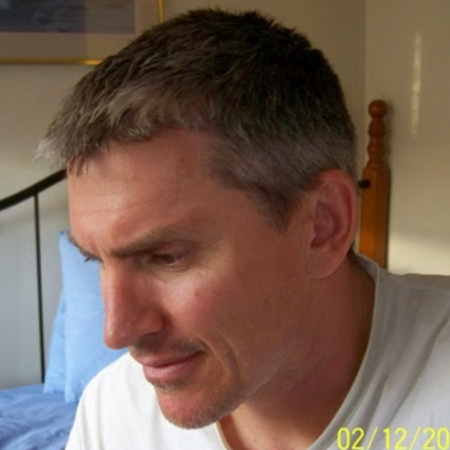 Iran doesn't want to rock the boat. That includes not offending Israel or the local Jewish community.

"I just get up and rant and I should have been doing it on a daily basis. But I haven't. Ever wondered why that is? Well, when I was told not to respond to people online and to dump my little gaggle of online supporters and ignore them - that was the final straw of the last notch in the end of my Iran trip."

Hello friends. I'm leaving Iran as soon as possible. I am waiting on word of $1000. My visa has expired. You may all be wondering what is going on? Well, that's a very long story. But some of you are aware that I have not been happy with the way things have been handled for a long time. I would just prefer to leave here with a smile and work from Malaysia. You may be wondering why I am making such a public statement? Well, I may well need donations to - [email protected] and my PayPal. Sorry, I hate asking for donations. Every man and his dog is asking for donations. I have enough for my air ticket but I need accommodation in Malaysia until I work out what to do.

I have met some wonderful people here. Iranians are so friendly they will make you cry. Please come here for a holiday, see the place for yourself. Its cheap - but there is a language barrier so make an Iranian friend today on "Couch Surfing" and anywhere you can find them who speaks English - other wise, take an organized tour.

I even met two people from the Iranian Intelligence community. They thanked me for defending the Palestinians. We talked through an interpreter for three hours. They confirmed I was sane and welcome. A lawyer was handling the political asylum application. You must be thinking, "What the hell is wrong with O'Connell? Why is he always at logger heads where ever he goes.?" Well, that's because people always seem to have a bunch of ideas about where I should go, what I should say and how I should say it. I always respond with, "Do I look like a bitch who needs to be told how to do my thing?"

I have been pissed off for a while now but it has come to ahead.

There are two pillars to my religion - the twin pillars of jewish racial and religious supremacism as the foundation of the Israeli state and jewish power world wide. And, Israeli Intelligence activity as the method by which they target, blackmail and bribe. 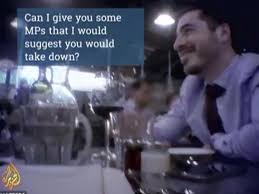 We saw just recently on the excellent Al Jezeera 4 part series the Mossad Agent attached to the Israeli embassy in the UK noting that they can always get something on politicians they don't like . Well, this is how they do it -

If your wondering HOW Al Jezeera did such great job? Well that 4 part series was a British Intelligence operation and Al Jezeera has always been a western invention but kudos for a top notch killer expose! Thank you British Intelligence! It seems all my carping and screaming was not for nothing and all those people who have been carping and screaming too - thank you. Job well done.

So, thats what I do - those twin pillars. I don't do travelogues, I don't do performing seal stuff. But it seems I have been. I just get up and rant and I should have been doing it on a daily basis. But I haven't. Ever wondered why that is? Well, when I was told not to respond to people online and to dump my little gaggle of online supporters and ignore them - that was the final straw of the last notch in the end of my Iran trip.

Some people have grand plans. But mine are always the grandest and I will always be the one to decide what I do and when and what about. Thats how I have survived eight years of shit. By not listening to experts. If I had listened to "experts" it would never have gotten to the 2010 stage of the entire Israeli state coming out against me. Would it? Amongst the ten thousand other things that have happened.

But somewhere in the upper management level of Press TV they decided to let me fucking hang. And "why" you might ask? Well, an interesting anecdote. I was chatting via an interpreter to a member of the very fine and very nice Persian Gulf Studies Center. They said that Press TV once did an expose on jewish racial and religious supremacism and the bad habits of their psychotic rabbinate - and they lost their satellite for two years. And who might own that satellite? Why ISRAEL fucking owns that satellite! Who is the bright spark? Most likely they own all of them.

Where are the Mullah's? Islam is battered day and night but not a breath of revolt from the Muslim religious elite about the utter depravity of Orthodox Judaism. Let alone the psychosis that is Ultra Orthodox judaism like Chabad Lubavitch and many others.

Why is there such SILENCE on this issue?

I want to leave here asap and get some work done in Malaysia where I know I will be welcomed with "open arms". Where within 4 days I was having a meal with a member of Malysian M.I....talking about Israel and high technology contracts. Well, actually thats not true. It was in fact their "neighbor" who was MI. Nudge and wink ;-)

So please, my visa has expired and I need to leave ASAP. $1000 was promised but I was greeted recently with, "You're still here?" Which means "get the fuck out of my apartment."

Yet ANOTHER fuck up because people cant just get the FUCK out of my business and leave me to do what I do best - attack that God foresaken shit hole called Israehell.

Who's old enough to remember Ronald Reagan and good old "Star Wars"? Yeh....that old chestnut. Because when your economy is really on the brink of shitsville there is nothing like a Cold War enemy evil empire to get the Pentagon budget cranking and your high technology sector booming. Now, with good old "Evil Empire China" on the prowl, threatening to end everyones fried rice with bacon free lunch....I guess Donald Trump will have to crank up that Pentagon budget to "make America a bitch of Israel again".

But you get the drift. They are ALL in it together. Dr Steve Pieczenik has stated on Alex "Slugger" Jones a thousand times there will be no war with Russia. The Generals run things and they have comfortable retirements and golf to plan - together. Those who remember the great "Al [Something] From Inside The Beltway"...the guy was an ex procurement officer for some Pentagon office and he would recount with raucous laughter how the whole arms industry was an inside joke. The wars were pre-arranged. It was nothing but weapons sales with some regime change thrown in - just ask Israel...

Please pop what you can and make Brendon great again and I'll give you the full story - no holds barred, totally naked. Hopefully there will be no warrant waiting but I know those crafty Malays well enough - they will give Australia the finger and me at least three days warning. Besides, the West Australian coppers couldn't give a shit. Though detective Paini and Vuleta might - the pets of jewish community leader Steve Lieblich.

Israel Hacked Hillary's Emails + I Chat With Clintons CIA Handler Larry NicholsYou might want to learn about Israeli spying and Operation Talpiot too. If your boss allows it.