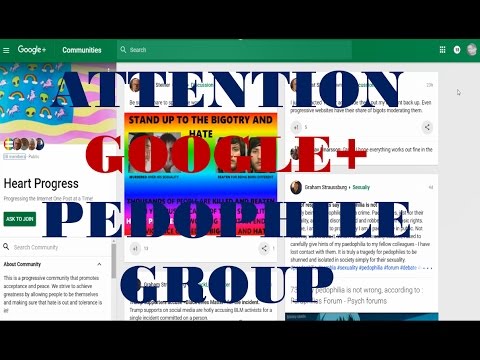 Toronto anti-satanist activist Margaret Davis
got Google Plus to take down a "Heart Progress"
website demanding the "right" to sexually abuse children.
The pedophiles are not about to quit. The government is
grooming children for them.
Margaret and  child defenders stand on guard.
by Margaret Davis
(henrymakow.com)
The "Heart Progress" movement is an attempt by pedophiles to gain the respectability and acceptance homosexuals have attained.
They manipulate people who are oblivious to the subtle techniques of deception used by satanists. Those who oppose them online are harassed.
Heart Progress pretends to foster "love" but in fact aims to normalize (and legalize) pedophilia, bestiality and necrophilia. The members argue that since bisexuals and homosexuals have the right to have sex with anyone they choose, so should pedophiles!
They claim that it is unjust and unfair to discriminate against pedophiles simply because their sexual "orientation" is distasteful and offensive to the majority. True progress - they argue - is when everyone has a right to express their sexual identity in any way they so choose.
Alice Jenkins - one of the leaders of the movement - has explicitly stated that she will let her two pre-pubescent daughters engage in sexual activity with each other if they want to; it is their choice. 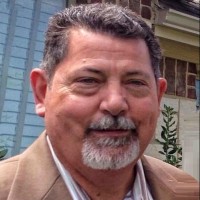 Another member - James Carter, left - claims that when he was a child, he liked older men. He claims children have inherent sexual identities and as a result, we should let them experiment with sex rather than telling them how to view it.
He claims accepting behavior we disagree with, like animal cruelty, makes us better people. (See his "The Case for Pedosexuality.")
The Heart Progress movement define "love" as Eros - which is mainly physical and carnal in nature, and can only be expressed when one is engaging in sex. Anything beyond that is not love but just random actions that humans perform to achieve certain objectives. They claim the only love we will ever feel is through sex. For this reason, Alice Jenkins recommends that when a baby is upset or crying, the parents or adults around should play with the baby's genitals to soothe them.
The Satanists I have known (and know) condone this type of behaviour and are 100% behind the LGBT movement (which they say should be called LGBTPQP (for Pedosexuality). They believe this world belongs to Satan, who is a freedom-loving guy - liberal, progressive and open-minded; he wants nothing more than to see us flourish and have everything we desire. 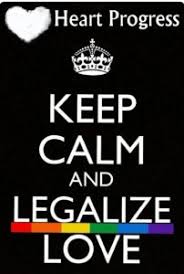 On Twitter they go by the hashtag #LoveIsLove even though they have gotten much criticism on their definition of "love." Their response is #AboveTheHate because, apparently, the millions of people against them are all haters and the Pedophiles are filled with "Love and Light" (like Satan, who - to them - symbolizes Light).
"Lucifer Represents, Life, Thought, Progress, Civilization, Liberty, Independence.
Lucifer is the Logos, the Serpent, the Savior."
This is a quote by Helena P. Blavatsky (1831-1891) which gives a lot of insight into how Satanists view Satan (he was known as Lucifer before religious texts started to refer to him as Satan). Note that the quote refers to Lucifer's (a.k.a. Satan's) representation of depravity as "Progress" and recall their push for "Heart Meditation" and "Heart Progress." The interesting thing to note is that if there was any heart in their type of meditation or movement, they would not have to manipulate, deceive and harass people to promote it.
THE ONLINE BATTLE
The Anti-Heart Progress members and myself have been struggling against the Heart Progress movement for the last few months using means such as ridiculing the pedophiles who promote child rape, confronting those who argue that children want to be sexually abused, attacking those who claim that there is no such thing as a "victim" and that "victimhood" is just a false state of mind, and reporting all communities they build for the purpose of promoting "pedosexuality." However, they have shown great determination and persistence, and even gone as far as to rub in our faces the fact that they have communities in the dark web which we cannot take down.
The attachments are conversations between Pedophiles (they call themselves "Satanic Evil Sadistic Pedophilic Men" in the dark web).
They know very well they are evil - no illusions there! They are just comfortable being that way because the demon they worship (Satan) is okay with it. 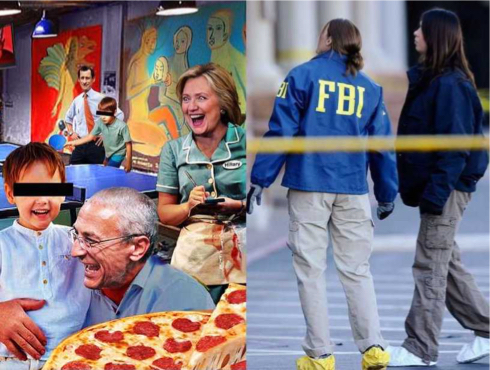 This is a link to Anti-Heart Progress (where I am a member - the members of this Google Plus community are fighting against Heart Progress.)  I should mention that there's also SOME Heart Progress members in this group since it's a public group (anyone can join). Also, they keep changing the name of their group because we keep taking down their communities by reporting them.
You can join Anti-Heart Progress to fight the movement or just to follow the Heart Progress members if they want to understand how they think. The Pedophiles proposing legalization of pedophilia are very strange people - they call themselves "good people" and "good mothers" but they're Satanists who worship a demon (Satan is a demon; in all religious texts he is called Seytan which is translated into demon). So these people who have become demonized (sometimes willingly and sometimes against their will) keep saying that they are good and Satan is good, but they're happy to admit on dark web that they're evil. Go figure. Either they are confused or they lie to our faces by claiming to be good all the while knowing they are evil - Satan is a skilled liar who takes pleasure in getting one over us and twisting our minds. It's sadistic but that's what he is - a Sadist.
This movement had promoted ANTIFA on their website before it was taken down. But the real truth is, they are the people BEHIND ANTIFA. So their propaganda is not taking place only online; they have taken it to the streets where they assault and abuse innocent people, and act no better than petty criminals. This link describes their behaviour to a T.
Here's a video on Heart Progress.
Also, this article explains the ANTIFA movement how the Heart Progress group is behind.
And lastly,  watch this video as the presenter does a good job of linking the Heart Progress movement to ANTIFA .
---
RELATED- Britain Normalizes Sex for Children
Pedophiles Campaign for all Liberal Causes, in this case Banning Assault Rifles
The Satanists Among Us
Toronto Woman Describes Demonic Attacks by Satanists
Mind Control is at Heart of Cabalism (Satanism)