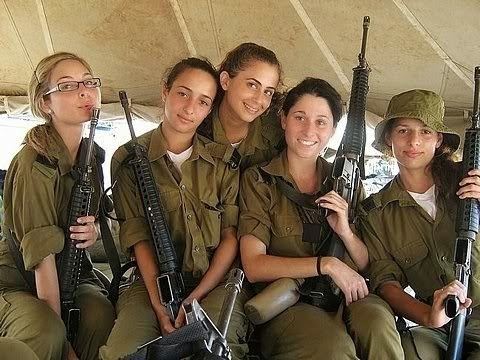 (Are these brainwashed Israeli girls white? Who cares? The issue is spiritual and political, not racial.)
Race is a red herring, a ruse to condemn people by birth, divide-and-conquer.
As Kevin Boyle says, the issue is does an individual
support or resist the Luciferian Jewish banker (i.e. Communist)
drive for global tyranny which uses some Jews and Freemasons
as their instruments? The conspiracy is to abolish
nation, religion (God), races and family (gender.) Kevin Boyle asks:
"Is the overt (apparently) Jewish drive for power a sign ... that the
'Tribe' is a collection of spiritually captured idiots?"
The Jewish World of Feb 9, 1883 articulated this conspiracy:  "The dispersion of the Jews has rendered them a cosmopolitan people. They are the only cosmopolitan people and in this capacity must act and are acting, as a solvent of national and racial differences. The great Ideal of Judaism is ...that the whole world shall be imbued with Jewish teachings, and that in a universal Brotherhood of Nations - a greater Judaism, in fact -- all the separate races and religions shall disappear.
"As a cosmopolitan people, Jews have passed the stage that the national form of separatism represents in social life. They have made the whole world their home. By their activities in literature and science, by their dominant position in all branches of public activity, they are gradually moulding gentile thinking and systems into Jewish moulds."
Related - Makow - America's Race War: Jews Vs Goyim
ARE JEWS WHITE?
by Kevin Boyle
(henrymakow.com)
There is a palpable frenzy in the mainstream news media around the Trump Presidency. Reports have morphed from being merely biased into outright and direct abuse against every word he utters. There is a terror abroad and it isn't a fear of nasty Muslims or Russians or demented North Korean leaders. One can only conclude that these media people are terrified that Trump might be winning the war in which they are directly and frantically engaged. 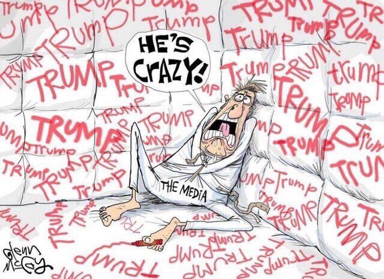 Comments for "Are Jews White?"

A JEW REALLY REFERS TO A CONDITION OF MIND AND BEING, JUST AS THE WORD ISRAEL DOES, NOT WHETHER A PEROSN IS WHITE, BLUE, PURPLE OR PINK. NEITHER ARE THE SYNAGOGUE OF SATAN JEWS A SPECIFIC RACE OR RELIGION. IT IS THE SPIRITUAL CONDITION OF THE PERSON. ROMANS 2:28&29. THE ONLY REAL WAR IS BETWEEN CHILDREN OF THE LIGHT AND CHILDREN OF THE DARKNESS. Religious and race wars are circus acts that the sheep perform in for their Puppet Masters. i.e. Albert Pike’s WW3.—

No, Jews are not white, they were originally a YELLOW race.

(Josephus Ant6 8:1…Now, as soon as his father had sent for David, and he was come, he appeared to be of a yellow complexion, of a sharp sight, and a comely person in other respects also…)

However today thanks to the diaspora, semitic Jews are a Trojan horse race

However today thanks to the diaspora, semitic Jews are a Trojan race people appearing like ever race on the planet.

Saudi Royals are Jews, are they white? How about the Lemba tribe from Zimbabwe, are they white? Christopher Columbus (Cristobal Colon) and his boat loads were all Jews, were they white? Tomás de Torquemada, Adolf Hitler (Rothschild), Fidel and Raoul Castro of Cuba the marranos, were they white? Last president of Iran, Mahmoud Ahmadinejad whom claims his family changed their Jewish name Sabourjian(Weaver) and Sigourny Weaver which happen to have the same last name, are they white? Queen Victoria's biological father was Nathan Rothschild, are they white? Robert the Bruce and many of the Scottish nobles with Jewish ancestry, are they white? Every blue blood, bloodsucking royal in Europe that thinks because they have a spec of blood from Judah they have a God given right to defecate on mankind, even though the Almighty told the prophet in (Samuel I 8:7...the Lord replied, “for they are rejecting me, not you. They don’t want me to be their king any longer...) are they white?

All of this talk about racism against the Jews is ridiculous and it is used as a political battering ram to keep people at each others' throats.

What is offensive about Jews is when they are Luciferians and/or communists, socialists, libtards, and other miscreants. But then, any other race is going to appear offensive if their main social and civil doctrines come from communism.

The Jews point to the goyim as people who are "anti-Semite." When I was a young man in LA, I never once could identify or even know a Semite. We didn't have any Semite neighborhoods, and to this day, I couldn't tell if anyone is or isn't a Semite; I don't even know what it means.

I think it is more important to focus on the removal of all of the doctrines of communism and socialism by eliminating governments as we know them today. They are too destructive and they hold back mankind from living happy and peaceful lives. A socialist is nothing more than a two-legged cockroach with no morals that govern his life. These people should never hold the reins of any government. Any government that has socialistic doctrines will ultimately fail and the ending result will be chaos. Racism isn't the problem; communism is the problem.
http://verydumbgovernment.blogspot.com/2013/07/lessons-on-racism.html