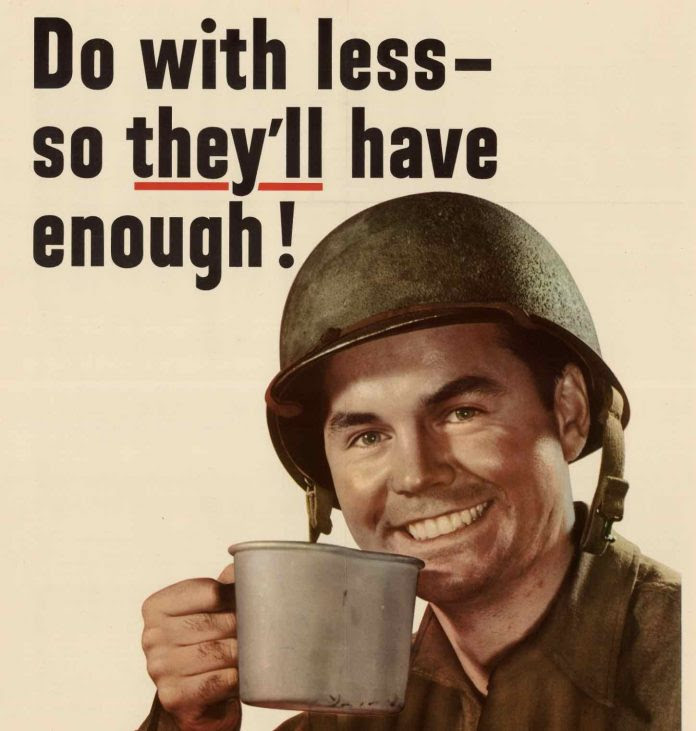 (Feminists brainwash womyn to enact the Illuminati agenda. Masonic Jewish (Communist) central bankers
are responsible for war, not men in general.)
Mothers are the backbone of Society. The Illuminati
Jewish bankers and their Masonic minions
are re-engineering women
to be unfit for marriage and motherhood.
The first battlefield is to rewrite history.
Anyone who knows anything of history knows that great social changes are impossible without feminine upheaval.
Social progress can be measured exactly by the social position of the fair sex, the ugly ones included.
~ Karl Marx
Women used to find fulfillment in their husband and children.
by Henry Makow Ph.D.,
Women are the focus of the banker's crusade to degrade and enslave humanity. Young women today - promiscuous, lesbian, entitled, social
justice warriors -- are simply not up to the challenge of matrimony and motherhood.
This truth was brought home when I watched a biography of the American writer Stephen King. In 1949, when Stephen was just two, his father abandoned his family. He went out "for a pack of cigarettes" and never returned. His mother, Nellie Ruth Pillsbury King (1913-1973) scrambled to support Stephen and his brother David, taking menial jobs, finally caring for the mentally handicapped in a local asylum. 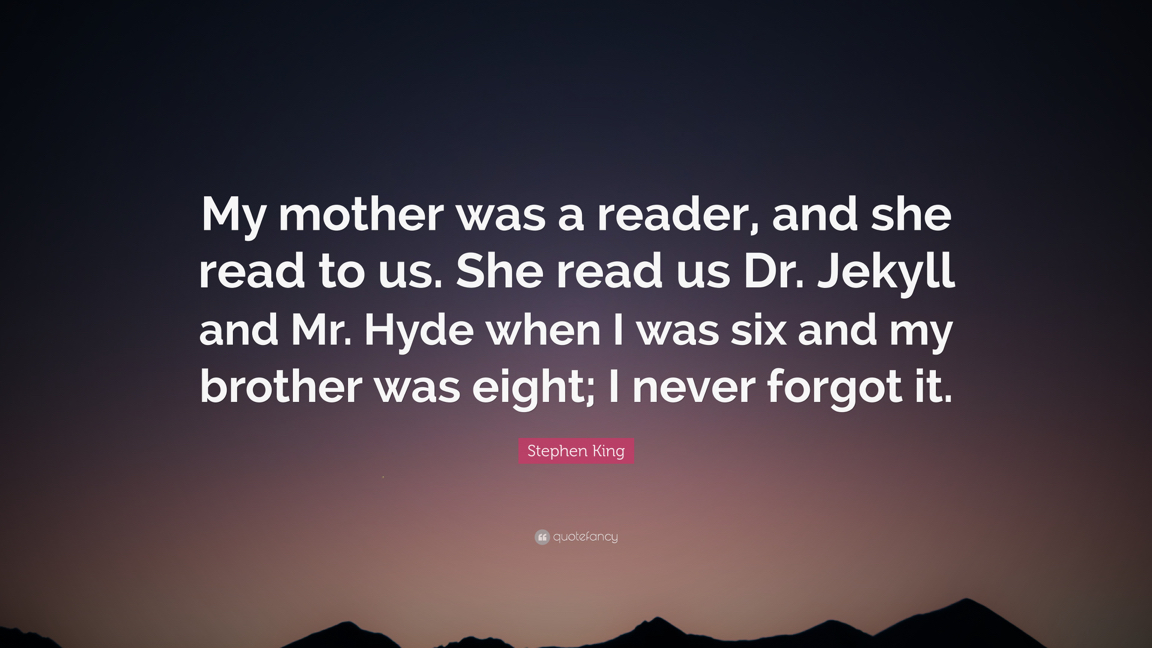 Nellie exercised a formative influence on her son who later became the most successful writer in US history. More than a dozen movies have been made of his more than 50 novels. When young Stephen discovered a box of his father's manuscripts, he asked what happened. "Your father lacked persistence," she explained, "same as in our marriage."
Stephen persisted and endured poverty until his breakthrough with the novel Carrie in 1973. His mother died of cancer just before it was published. Mothers are the unsung heroines of this world.
Women used to change the world by shaping the character of their children and supporting their husbands. They lived through their family. Don't tell me a woman pursuing an exacting career can give her family as much. Young women today are busy "changing the world" by being "proud sluts" and campaigning for the criminal Hillary Clinton.
Anti-Zionist crusader and martyr Henry Klein dedicated his 1935 autobiography "My Last Fifty Years" to his mother.  He wrote that her "Instincts and Spirit were transmitted to her son."  He can truthfully say, "In a world ruled by Mammon, I have tried to serve my fellow man...If I have exposed some hypocrites, humbugs, and liars, I feel I have only further served God." (Henry Klein is an example of the best kind of Jew.)
My late mother, a traditional woman, also lived through her husband and children. She never graduated from high school but taught me to stand up for what is right. 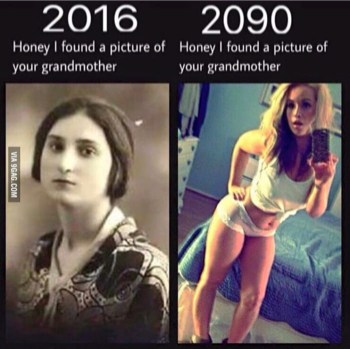 (Capable of sacrifice?)
"It's called 'moral courage'," she told me when I eight-years-old. She was one of many women who keep society running not through their "careers" but through their sacrifice for their family. She taught me by example that sacrifice is the meaning of love.  This is why we love them; this is how love comes into the world.
Illuminati social engineers are relentless in attacking this feminine quality. I wonder how many young women can sacrifice for family?  How many women could today overcome the adversity faced by previous generations?
I am reacting to the social engineering directed at young women by the media and government. It may not be having that great an effect. My own neighborhood is filled with devoted, married mothers pushing prams. In general, we must remember that the Illuminati's aim is to divide the sexes. So we must treat feminist dupes with compassion and unite with them against our secret would-be masters. 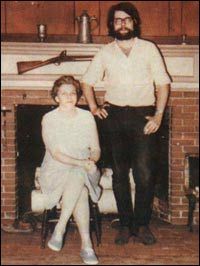 Related- Stephen King Wikipedia entry
New First Comment from Ken Adachi
You said something important here when you wrote: "It may not be having that great an effect." Women with traditional feminine views and traditional family values don't go out to Soros-funded Leftist rallies screaming obscenities and denouncing all that is wholesome and moral. You don't hear from them because the Zionist-owned Press sees to it that you only hear the noisemakers who THEY want to endorse and promote. I see a lot of young adult females today in America who have lost the softness, gentility, vulnerability, and the facial demeanor and LOOK of  femininity and sweetness that American women of the 1930s, 40s, 50's and even 60s possessed and remains self-evident in both photos and movies of that era, but that's not to say that a majority of young American females of today agree with feminist ideology or the cultural Marxism that the JWO is trying to stuff down our throats. Females are hardened by the cultural milieu in which they are raised. A genteel society breeds genteel women. The common acceptance today of vulgar language in every outlet of public discourse will have a coarsening effect on females as well as males and American society as a whole steps down a couple of clicks into a less civil society. Coarse language is just ONE deficit of current American society. There are many other behavioral deficits among America's younger generations today that have a cumulative effect upon growing females and cause them to act and FEEL less gentle and less "protected" by chivalrous males (they do exist), which in turn causes them to LOOK and act less sweet, and behave less feminine.
(Individual males and females can thwart this degradation of character between the sexes by personally holding to a code of morality and ethics and NOT ALLOW themselves to devolve into a rudderless automaton yielding to every temptation placed before them because "it feels good.")
The ZOG PROMOTES the impression that there are hordes of ardent feminist believers,  but I think it's illusory, as least for gentiles, especially Christian and Muslim gentiles. I have the strongest intuitive feeling that the vast majority of young American women realize perfectly well just how destructive the JWO-promoted 'feminism" is to marriage, family, and motherhood and don't really WANT to go down that road. Feminists themselves are lost and aren't worth investing the time in attempting to rehabilitate. Rejection and unrelenting criticism are the best antidotes to destructive behavior and philosophies.
Cultivating a moral compass within and sticking with the traditional moral values cultivated in the last two thousand years of Western Christian civilization that encourage a respectful and LOVING lifetime relationship between a husband, his wife, and their children, is the ONLY way American society can once again reclaim the societal structures that had previously served us so well since the founding of this nation. The journey starts within the heart.

The Stephen King Story was quite interesting and similar to mine in a few ways. I lost my father at the age of 6 when he died of a massive stroke. At the time we were living in a very rural area of northern New Mexico. My mother packed up her children (all 5) and moved to the biggest city in the state where she went to work at one of the local hospitals as an RN. She had been an army nurse and went ashore at Normandy Beach on D-Day plus 4. I think this helped prepare her for the hardships she would endure later on.

Through extreme dedication and hard work, she managed to get us all raised. Her undying love for her family and her God were paramount in her success. I will say too, it was with the help of a loving family that this was all possible. From the uncle with a small ranch who kept us supplied with beef to the uncle who owned a trailer sale and gifted us with a few luxuries such as bicycles. Our family never saw a welfare check or food stamps. The "state" was not needed as we had a loving immediate family. Although none of us became millionaires, we all became successful members of society (after a few bumps in the road), married, and raised our own families.

I know without a shadow of a doubt how lucky I was to have a mother like her. She never remarried or even dated. Her whole life was dedicated to getting her family raised and kept on the straight and narrow. You would be hard-pressed to find a woman of her outstanding moral character and dedication today. I thank God I was blessed with her love every day.

Yesterday was her 96th birthday. Happy Birthday Mom and thanks again for all you did for your family.

Why are you praising someone like Stephen King? Have you ever seen the 1976 movie version of his 1973 novel Carrie? It is a classic example of the extremely negative Jewish portrayal of people of faith.

In the movie, Carrie's mother is portrayed as an extremely domineering and possessive mother, ruled by her insane religious beliefs. This is standard fare for Hollywood. In fact, I have never seen a single film portraying people of faith positively. They're always portrayed negatively. It's not entertainment; it's propaganda. It's brainwashing. And you shouldn't be praising someone like Stephen King for it.

I really loved your article today on Mothers. I didn’t read until late tonight because my 92-year-old Mom is in the hospital with heart failure. When she leaves, the void that will be in my life will be enormous even at my age of 64. My Mom was a shining example of womanhood and motherhood - the same as yours. The sacrifice and love she gave us were heroic, especially considering she received so little from my Father. As another commenter said, we can only pray that the pendulum swings back the other way, and yet I am doubtful that once something is so broken in human wholeness and relationship that it can ever go back because there needs to be a model. Let’s hope there are a few remaining models of true motherhood that remain to reignite and teach when things get to the point of utter chaos.

Hi Henry. Today's article made me so sad. Thank you for holding up your mom as a symbol of true womanhood. You were very blessed to have her.

You summed it up on women (most, not all) today: "...promiscuous, lesbian, entitled, social-justice warriors." What an awful aberration of creation's most lovely gift. Reminds me of Tolkien's orcs; they were originally beautiful, elegant elves, focused on well-being and all things of beauty. Then were forcibly transformed into hideous assaulters. How to rescue it back, the divine feminine? Only hope is in pendulum swing which can come about when we begin to more fully see the fruits of this disaster and folks once again embrace common sense.