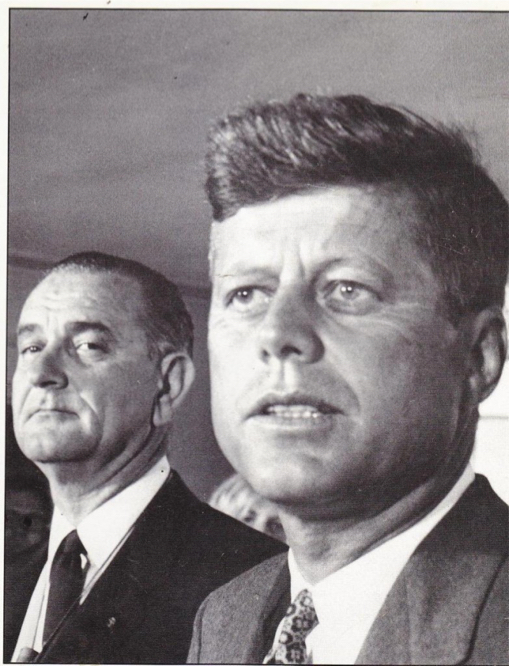 (Crypto Jew LBJ played critical role in assassination and cover-up)
On November 20,1963, the US delegation at the UN
called for the right of displaced Palestinian Arabs
to return to their homes in Israel and for those
who chose not to return, to be compensated. Nothing came
of that or of Kennedy's opposition to Israel acquiring nuclear weapons.
A direct line runs from JFK's assassination Nov 23, 1963, through the
Israeli attack on the USS Liberty to Israel's role in 9-11
to Netanyahu's 26 standing ovations from Congress in 2015 to Trump's decision Wednesday likely influenced by Mossad sexual blackmail.
According to Michael Collins Piper, the Mossad likely played a decisive role
in Kennedy's murder. Connect the dots folks. The US has been hijacked.
Americans are the bitches of the central banking cartel
who use Zionism as their instrument. Like Communism, Zionism is
a part of Freemasonry (Cabalism, Satanism).  Below, The American
Chronicle elaborates on Piper's findings.
Source: The American Chronicle
(abridged by henrymakow.com)
We have long maintained that it took a village to murder the president, but the work of Michael Collins Piper distills the motive of the crime and its origins in Israel and with leading Zionists in the United States and Canada. 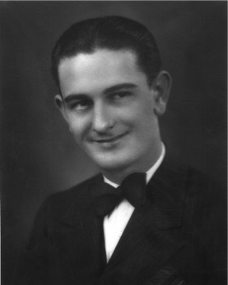 Although the final act which sealed Kennedy's death was his refusal to permit Israel nuclear weapons, he was a marked man from his inauguration when he was forced to accept Lyndon Baines Johnson as his Vice President. Johnson's grandmother was Jewish which, according to modern Jewish law, makes the child a Jew. Johnson spent time in the 1940's smuggling arms into Palestine for the incipient Jewish state and aided their illegal importation into the United States in the 1930s...
The gauntlet against Kennedy was thrown down on June 26, 1963, when David Ben-Gurion resigned from office in protest over Kennedy's refusal to grant nuclear technologies to the terrorist state of Israel. Wikipedia claims that Ben-Gurion resigned for "personal reasons" but only a shill would accept such statement. Ben-Gurion's very dramatic action was a signal to complete the operation to murder Kennedy.
Some authors such as Jim Marrs have protested Jewish involvement in the murder because the State of Israel supposedly lacked the ability to reach beyond its borders in 1963, but he misses the point entirely. The State of Israel is international and transnational - a lawless state which knows no borders. Thus it could rely upon very powerful Zionists in the United States and Canada to do its bidding. The Diaspora is the State of Israel, of which Israel is but a mere doormat. 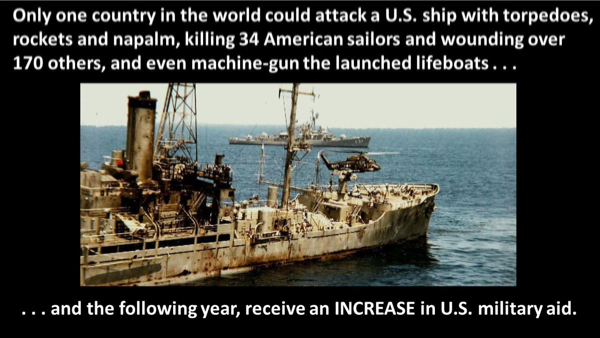 Israel is a Rothschild colony, but the state is Rothschild aided by many courtiers who fulfill its master's whims. Prominent Jewish names involved in the murder, both great and small, include Theodore Racoosin, Henry Crown, Louis Bloomfield, James Jesus Angleton (non-Jew), Lyndon Johnson, Abraham Zapruder, Sam Bloom, Edgar Bronfman, Julius Schweppes, Clay Shaw (non-Jew?), Jack Ruby, Arlen Specter, Walter Rostow, Eugene Rostow, Meyer Lansky, Frank Sturgis, and more.
The primary agencies through which these Jews worked were Permindex, CIA, and Citizens Council of Dallas. Clay Shaw, the subject of Jim Garrison's prosecution, was the homosexual board member of Permindex who operated the World Trade Mart in New Orleans, and whose defense was funded by the wealthy Jewish Stern family of New Orleans. Permindex was the topmost authority in the murder, using Caribbean locations to hold very high-level planning sessions of which Shaw was a part.
CIA's James Angleton, in addition to being head of counter-intelligence, a job at which he "failed' miserably, was also head of the Mossad desk. Israel erected a bronze statue of him after his death in recognition of his many contributions to the Jewish/Rothschild state. 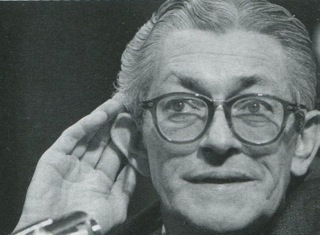 (left, Angleton)
With his very powerful position in CIA, Angleton provided both the patsy, Lee Oswald, as well as the logistical and technical support of the agency in its "Executive Action" against the President. Oswald had been sent in the late 1950s to the USSR as part of the false defector program run by CIA and State Department. His highly confidential activities, unknown to most Americans even today, made him an easy option as a "communist sympathizer."
AMBUSH
The ambush in Dallas was completely managed at the political level by Jews who controlled the city. As Piper notes, Dallas was not ruled by Anglo oil barons, but by the Jewish aristocracy who were on the Jewish controlled Citizens Council. It was the real power behind whatever thrones in Dallas ostensibly ruled the city. Sam Bloom, David Weitzblatt, and Julius Schweppes were the power brokers of Dallas who set up the key events which guaranteed Kennedy's death.
Kennedy's Dallas trip was declared a non-political event which took it out of the hands of the Democrat National Committee which was controlled by the President. The managers of this trip were, in fact, the (Jewish) Citizens Council who forcefully insisted against Kennedy advance man Jerry Bruno's better judgment to hold the luncheon for the President at the Trade Mart rather than the Women's Club, a move which guaranteed a ride through Dealey Plaza. 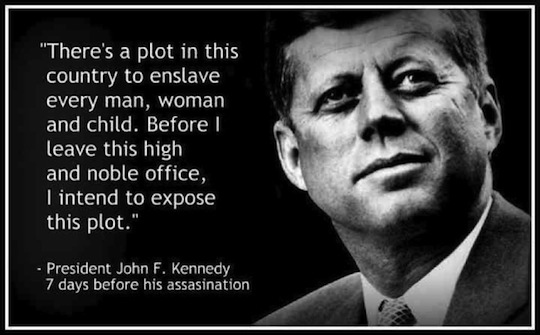 Sam Bloom also pressured the Dallas newspapers, against Secret Service preferences, to publish the presidential motorcade route, thus providing plausible - though quite flimsy - evidence for Oswald to know where to position himself to shoot at the president.
Abraham Zapruder was not an innocent bystander who just happened to be in the right place at the right time with a brand-new fancy film camera. He was also connected to Bloom and Morty Friedman and filmed the shooting for CIA who could produce an altered version to fit their theory of the crime.
Bloom also strongly pressured Jesse Currie, chief of Dallas Police, to present Oswald to the press in the brief and famous midnight press conference to paint the picture of a villain, and then to publicly transfer him from the Dallas Police Department to the city prison. The reason for the public transfer was to continue to paint the villain image, and to provide easy access for an assassin to murder Oswald on national television to secure his silence, and burnish his guilt...
When the Jewish Lyndon Johnson formed the Warren Commission at the behest of the Jewish Eugene Rostow, it was staffed inordinately with Jewish lawyers and staff, one of whom was Arlen Specter who gave the world the idiotic "single bullet" or, better yet, "magic bullet" theory. The ballistics evidence, plus an overwhelming amount of other forensic evidence, demonstrates clearly that Kennedy was murdered in full-surround ambush using sophisticated techniques perfected by CIA. 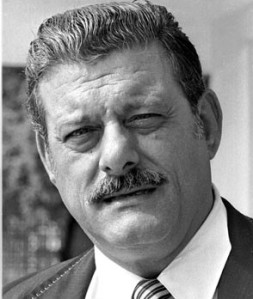 One of the assassins was Frank Sturgis, left, who had a long history with Israeli intelligence, including work with the terrorist Jewish Haganah, and with anti-Castro Cubans in Lake Pontchartrain. Sturgis would reappear for Watergate, another CIA "Executive Action" operation executed to keep the family secrets secret.
Guy Banister, former FBI agent turned CIA contractor, worked closely with the Jewish Anti-Defamation League on anti-Castro operations which involved Lee Oswald at the famous 544 Camp St address.
With Jewish and CIA control of the press, and Jewish control of Dallas and its police department, it was nigh impossible for any truth to emerge about the assassination. However, in large measure due to Piper's work, the full story of the Kennedy assassination can be told. Kennedy was murdered by Jews who hated him because he refused them nuclear weapons.
--------------------------------
Reference
Michael Collins Piper - Final Judgment Pdf
Gary King, The New JFK Show#88 "FULL" Israeli Connection Michael Collins Piper "Full" , The New JFK Show, YouTube, January 25, 2016, accessed 1/7/2017
James Fetzer has new book on JFK Assassination - Interview here
Michael Collins Piper: FINAL JUDGEMENT lecture [Mossad connection to JFK Conspiracy]
Did Israel Kill Kennedy?
Tim Fitzgerald - The Rabbinic Curse and the Kennedys

Mr. Piper provided quite a persuasive thesis on the Kennedy assassination as evidenced by this article here.
Unfortunately for Mike, the major publication houses would not touch his book nor did he have any kind of promotion from any of the mainstream media outlets that could have generated public interest.

What is also unfortunate is that the American public on the whole only accepts conspiracy theories that are covered and sanctioned by the MSM.
For those who still care to know who really murdered one of greatest American presidents in history and why this essay provides an interesting read.

I cannot understand how anyone can still be an apologist for Trump. He just appointed two former big pharma executives to key positions in his administration. Alex Azar to head the Department of Health and Human Services, and Dr. Gottlieb FDA commissioner. Both are pro vaccination advocates. He also appointed a pro-open borders, pro-immigration advocate, Kirstjen Nielsen, to head the Department of Homeland Security. Chuck Balwin has posted a comprehensive list of CFR and Bilderberg members Trump has appointed. Trump supporters are either unable or unwilling to face the fact their man in the White House is in deep with the globalists.

The article is very well done and the info seems on target, but it's a big problem when the author doesn't identify himself by name. Using the name of your wsb site doesn't cut it. Anonymous critics or authors deserve neither credibility nor respect. They're cowards and deserve to called out on it. After digging into this guy's blog archives, I find his name is Tony Bonn, with no additional information about. him.