More People Realize the "Enemy" is Within 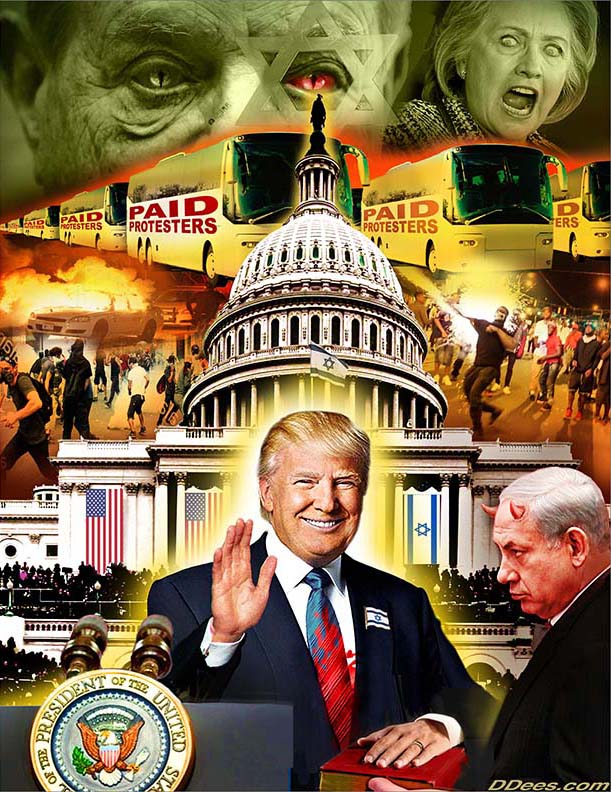 Muslim to "Red Necks" - We are Not Your Enemy suggests

more people are cluing into the fact that Muslims are not the enemy.

The mainspring of the Illuminati is the central banking cartel which controls business,

Organized Jewry (Zionism) and Freemasonry as instruments. Their goal

is to extend their monopoly over credit into a monopoly over everything, i.e. Communism.
They are inverting reality so that evil is good, sick is healthy, lies are truth.
Thus their interests and perversions will be paramount.

Socialists, Liberals & Neocons have been inducted into this cult.

But, as New Zealander Peter C demonstrates in a lucid article below, many people remain sane.

More people see through the matrix.  (See also First Comment from M here for another example.)

"The Islamic encroachment is a divide-and-conquer strategy. Imagine the panic in the world leaders if we didn't let it play out that way. Imagine if we worked together with the Islamic peoples to identify and destroy our common enemies."

re. Muslim to "Red Necks" - We are Not You Enemy

I'm glad to see from the other comments that many people 'get it'. The problem with the 'redneck' fear of Muslims is that it assumes that the Muslims will someday be in control.

I can assure you that they won't. It may appear that way, in the same way, that to most people it appears as if we are now the ones in control of our countries. An illusion supported by meaningless elections that change nothing and simply further the agenda desired by those at the top of the pyramid of world power.

The Islamic encroachment is a divide-and-conquer strategy. Imagine the panic in the world leaders if we didn't let it play out that way. Imagine if we worked together with the Islamic peoples to identify and destroy our common enemies.

If we told the new immigrants that if they work with us to destroy the 'New World Order' that they will then be free to re-establish their homelands. We have a common enemy, most of you know of whom I speak. It is an enemy dedicated to our destruction and enslavement.

Now understand me; I'm not in favour of Islamic law being applied here so don't start accusing me of that, but rather remember this: The average family, the average citizen around the world wants only to be free and to be allowed to raise their families as they see fit. They don't want war. They don't want to bring Jihad to us. 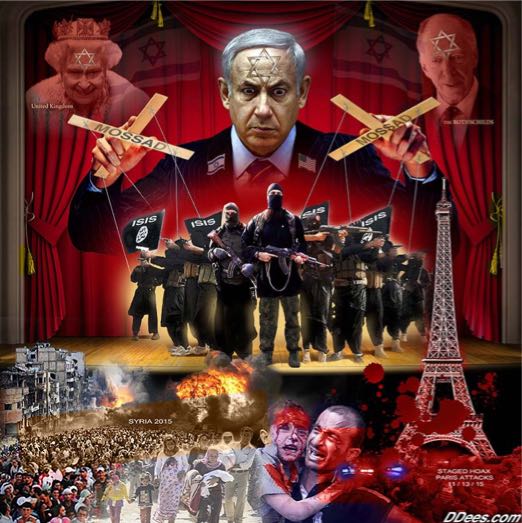 That's all the media and the governments do; they lie about everything. So far we appear to be falling for their lies. If we continue on this path we will find ourselves ruined. The western governments in Europe are vetting the immigrants, they are vetting them to ensure that only the worst of the worst are allowed to enter Europe.

That is the reason that most likely their plan will work. People are so repulsed by the atrocities that they recoil in horror and fail to realize that those who are committing the crimes are, in reality, an army sent to instill the same rage in Westerners that our military has instilled in those people from the middle-east.

Remember, our militaries are nothing more than the thuggery forces of the likes of George Bush and his fellow cronies. Our troops weren't supposed to liberate anybody from terrorism; they were intended to bring terror to those who live in that part of the world. Now the East and the West are being integrated within national boundaries for the sake of creating an enormous conflict of civilizations.

With Christianity and Islam at each other's throats who'll have the time to realize that our common enemy is the one pulling the strings. Ask yourself this question: Do these people from war-ravaged countries have the means to travel that great a distance? Could they do it without outside help? Who has the financial capability to move millions of people across the globe? Like always, follow the money - the 'WHO' is your true enemy.

These stupid laws and rulings (such as fining a landlord thousands of dollars for walking into his own building across a Muslim family's prayer mat) which have the appearance of recognizing Sharia Law are just for the sake of making more anger and conflict between us and them. A race war is being set up by those who are controlling the country from behind the scenes. Don't believe for a minute that if the Muslims really posed a threat to the power system that they'd be allowed to win.

Look at the riots in London 2 years ago; the police let them burn down parts of the city, but rest assured that if the riots had spread towards Buckingham Palace or the government buildings the police would have shot them all down like rabid dogs.

Do they really believe that if a Muslim were charged with the killing of a policeman, a judge, or a member of parliament that they could simply wave their hand and say "I'm only governed by Sharia law and won't recognize your courts"?

We're all being played and our enemy is winning. The anger they're feeling is exactly the desired response. Our real enemy is the New World Order and their minions. The Muslims are being used as a tool to destroy us, but as soon as that usefulness is complete the power structure will destroy them completely.

That is why only hostile people of military age and physique are being allowed to flood into the Western world. The New World Order's worst nightmare would be an alliance between Islam and us. It would only have to be a short-term alliance then the world would be rid of those who are the enemy of all mankind. But if we play the game as it is intended to be played, we will all lose.