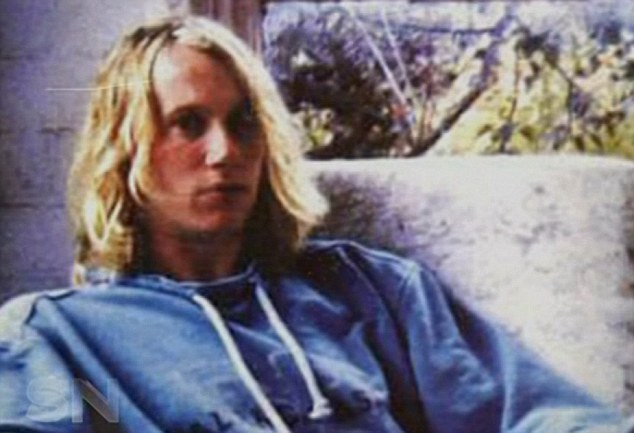 The Port Arthur massacre of 28-29 April 1996 was a mass shooting in which 35 people were killed and 23 wounded. It occurred mainly at the historic Port Arthur former prison colony, a popular tourist site in south-eastern Tasmania, Australia. It was the deadliest mass shooting in Australian history and amongst the most notable in history.

Martin Bryant, a 28-year-old from New Town, a suburb of Hobart, pleaded guilty to having carried out the shootings and was given 35 life sentences without the possibility of parole. Following the incident, it emerged in the media that Bryant had significant intellectual disabilities.  This staged shooting was the pretext for banning handguns in Australia.

Aloysius Fozdyke is a longtime member of Sydney's satanist Alpha lodge, the power behind the government of Australia. He gave the world the Testament of his mentor Frater 616 which revealed the extent of Satanist domination worldwide.

(as recently whispered by one of our foot-soldiers)

The Port Arthur operation was organized by the Alpha Lodge in conjunction with the Howard government. It was executed by two SAS men, one of whom died in a helicopter crash (in Queensland, I think) while the other got a posting overseas. Unfortunately one of those men was a poseur who killed sheeple with headshots delivered from his hip.

There was one credible witness, a bitch nurse now herself dead, but the media stayed away from her. I remember laughing as Ray Martin did a televised Port Arthur special showing one of the shooters running down a hill with Martin Bryant's head cut and pasted onto his neck. It was so artificial, but everyone bought it. Bryant pleaded guilty because he was promised a television set in jail - how good was that? I knew their names but frankly, I don't know where I put this information, not that it matters. 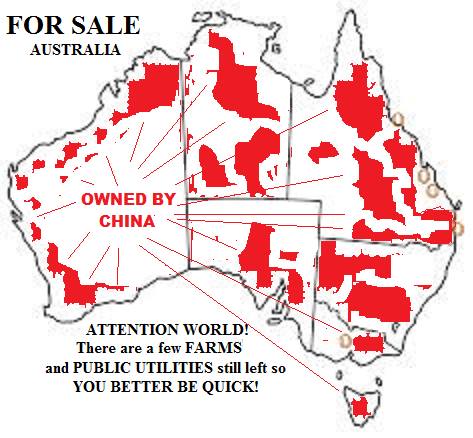 Aussies are thick and gutless. We have long used the land down under to experiment and hone our strategies. For example, last financial year (2016-2017) the Chinese increased their land holdings in Australia by ten times, mostly farmland. This was us again while Aussies are watching cooking programmes and I'm a Celebrity Get Me Out Of Here.

And because New Zealand, Canada, the UK, and America are involved in keeping Australia's constitutional secrets secret, the Chinese government can rape those first world countries of their assets by threatening to publish the details and thereby collapse stock markets, currencies and all of the American managed retirement funds with investments in those 'politically safe' concealed colonies.

It's just beautiful, isn't it? One thing we gave them was the forged signatures of QEII on Australian, New Zealand and Canadian vice-regal appointment documents (not that anyone reading this will understand the significance of that, but that's no important).

With markets (not just stock markets) dying, the sheeple placidly chew their cud. Derivatives, what are they? So what that the FTSE has erased all of its gains made this year? It doesn't matter that America has absolutely no strategic grain reserves anymore - first time since World War I.

Just because natural resources aren't being exported from places like Chile (copper at six-year lows), Brazil, Columbia (petrol and oil) or much from Australia (where our dollar is at six-year lows) and the Bank of Japan is bankrupt - none of these things matter. Russia's GDP is down 4.5%, but who cares? The fact that commodity prices across the board are down to 2002 levels is irrelevant. Who even knows about the 'Glaziev Directive'? Currency wars and trade wars followed by real wars - works every time.

Then there's the Harlequin. Trump's so full of it, it's running out the bottom of his trousers. No one knows what he believes in, not even him. When the bubble bursts and the crash comes he'll be left carrying the can. After that, we'll be working less from the background, although we're pretty open already.

Supermarkets operate on 'just in time' delivery systems, so I guess that the shelves will remain well stocked. And the fact that the suicide rates across all demographics rose in Greece, Italy, Spain and Portugal - mostly because medications weren't and aren't available - is no grounds for thinking that the same economic laws operate wherever you live. No worries!

My advice is to relax in your intellectual easy-chairs and believe the mainstream media because there's really no need to prepare. The facts that America is borrowing the money to pay the interest on its previous loans; that tax cuts without government cuts, interest rate rises and a plunging American dollar will mean that America can't pay its unfunded debts and that debt levels internationally are at groundbreaking levels - both personal and national - shouldn't be of any concern to anyone and not surprisingly, they aren't.

Satan Rules the World - get used to it.

Aloysius Fozdyke has contributed about a dozen articles to this site over the years.

I have learned to never believe anything from satanists as beneficial.
Lacking love for mankind due to their loss of a connection to Father
and Jesus, all Satanists are doomed.

Eternity is a long time.

Jesus defeated satan 2000+ years ago. Not enforcing what Father said
to do is the problem.

Exodus 22:18 Thou shalt not suffer a witch to live.

FuzzyDyke is a mentally ill degenerate whose writing is incoherent and unstable
It seems like part of his profane self is conscious of the impending doom of satans followers but he futilely tries to project this onto non degenerates
I wouldn't want to be FuzzyDyke during the time he is referring to
"Then, I will be with satan"
lol. Ok man, have fun with that
burning eternally and all that
enjoy the bbq, you will be with satan
but his spiny pendragon is going to be up your backside mr fuzzy dyke

"Satan Rules the World - get used to it."

This guy is so full of shit. Satan doesn't rule anything. This idea is to make people accept the inevitability of evil and to readily accept it. Satan is the biggest loser of them all. He will be paid back for every evil thing that he does or instigates.
http://verydumbgovernment.blogspot.com/2015/10/evil-is-spiritual-dysfunction.html

You forgot to add that April 28-29, 1996 is also the Jewish holy day of Pesach, where Jews celebrate looting Egypt and getting out before the Pharaoh's army could take back what was stolen. Amazing how wars, some of these False Flags and massacres have the odd habit of being set off on Jew holy days!

Fozzy, your ego is as big as the horizon... wonder what could put a dampener on that? Maybe the truth? Your public exposure down the track, along with all your one trick ponies in your fecal obsessed coven. You've been writing missives to Henry's site for years regarding your O'glorious cults' triumphantness upon the world of idiots... quite an achievement... when you want to impress your fellow idiots Foz.

Impress us all again with your great control of the world's leaders... most of the ones you seem to mention are/have been played by 'prosthetic' wearing actors. But that's part of your script, isn't it ol'Fozzy mate. You control actors, your lot does. Rudd/Gillard/Trump/H. Clinton/QEII. Which of those two have I met personally Fozdyke? Guess which two admitted who they were previously?

As for Martin Bryant's pasted on head via Ray Martin's dribble fest - yes, I spotted it the first time too! So don't feel left out; and no, I'm not one of your lot either, I'm your competition, the opposing side.

But lets just put something else out their for public consumption Foz... what about 'that man' from Adelaide you were warned about, a long time ago? The 'one' you can't mess with. You torment everyone else, but 'he' gets to taunt you. I'll never forget Henry Kissinger's face that day on the Aircraft Carrier, all those years ago, when told what happens to dirty old Luciferian Satanists like yourself in the future; he went to the toilet in his pants there & then.

Foz, you've been bragging for nearly ten years now, might want to stop. Hasn't any of your crowd told you, you're making yourself a target?!

Hi Henry, I live in the middle of a big red patch of that map, in the Kimberley, North Western Australia. The map is so inaccurate, that I can only think it was made by one of his younger grandchildren, with a crayon. It includes huge parcels of Crown Land (nonarable), National Parks, pastoral leases (99-year leases) some of which could have Chinese ownership - but only some and not all, Aboriginal land/ pastoral stations and many non-Chinese mining tenements. Many city people in Australia don't have a clue of land management and ownership in the Outback. AF is one of them!

China does own many farms, mines and port facilities, however, nothing remotely resembling the map.

I have grave concerns about the official Port Arthur massacre narrative, however, AF has no credibility in my opinion. I wouldn't trust a word he says!
--

I found the map online. It was not AF's