Communism is ISIS on Steroids

And it was created, funded and trained by the Masonic bankers as well.
I highly recommend this two-hour documentary, "In the Shadow of Hermes" by Estonian historian Juri Lina.
It perfectly demonstrates mankind's bondage to a satanic cult, Freemasonry (Cabalist Judaism) which is responsible for the slaughter of 300 million people in the last century ( half in Russia and half in China.)  The fact we keep hearing about 6 million Jews who died in the Holocaust, but never about this much greater slaughter, perfectly illustrates our mental bondage.
Also, although the Cabalist Jewish central bankers are behind Communism, its operational arm is Freemasonry which, in the West, is largely staffed with Gentiles who have betrayed their countries and sold their souls for personal advancement. Just as we never hear about Communist mass murder, we rarely hear about the role of Freemasonry, even from the greatest critics of Jews. Clearly, the agenda is to focus anger on Jewish rank-and-file who are brainwashed and manipulated like everyone else. 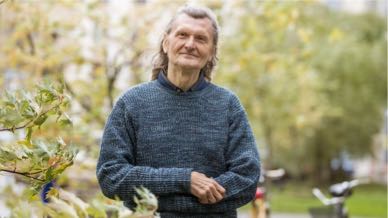 (We owe a huge debt of gratitude to Juri Lina, 68, for exposing our true servitude.)
But the biggest takeaway from this remarkable documentary is that the NWO is a fait accompli. All that remains for another reign of red terror is to take guns away from Americans. The US was established as a Freemasonic stronghold and chore boy.  The US is Masonic to its core. Trump is a Freemason whose task is to keep alive the illusion of democracy and freedom.
The media's job is to make this charade look credible. How can we trust a news media that can't tell the truth about JFK's assassination or 9-11?
Mankind is doomed because Freemasons, a satanic cult of sadists,  control everything. Communists make Nazis look like choir boys. Lina's film shows the mind-boggling depths of their evil which extended in China to cannibalism.  They control the US, Europe and probably Russia, Iran, and China.
I don't like being a Prophet of Doom. The direction humanity is headed depresses me.
-
Related- The Aim of Freemasonry is the Triumph of Communism
What is Communism?
James Wardner   - The Communist/Masonic Subversion of the US & the Catholic Church

Comments for "Communism is ISIS on Steroids "

I just finished watching the historical documentary about communism that was produced by Jüri Lina. This most powerful and revealing documentary about the enslavement of mankind through communism touched my soul in a very deep sense. Somehow I knew it was like this and even wrote many articles in Dutch about this satanic cooperation behind the scenes of a misleading geopolitical circus that’s distracting our souls.

What Lina shows in his documentary is the satanic initiation through massive blood sacrifices. Those sacrifices are meant to give the satanic forces an increasing power over our planet. While I was watching this video I was thinking of the Russian antroposopher Sergej O. Prokofieff. He wrote the book ‘The Encounter with Evil And Its Overcoming through Spiritual Science‘, in which he also touches upon the different types of ritual initiations that influenced the different power circles. Just see for yourself what you can do with this.

The real power behind Freemasonry is the Money Power. It uses Freemasonry as a front. "The invisible Money Power is working to control and enslave mankind. It founded Communism, Fascism, Marxism, Zionism, Socialism. All of these are directed to making the United States a member of a World Government" (American Mercury Magazine, December 1957, p. 92). The ultimate goal is a one-world, debt-ruled superstate. In my opinion, this is an impossible goal; human nature is simply too fractious and divisive for it to ever be achieved.