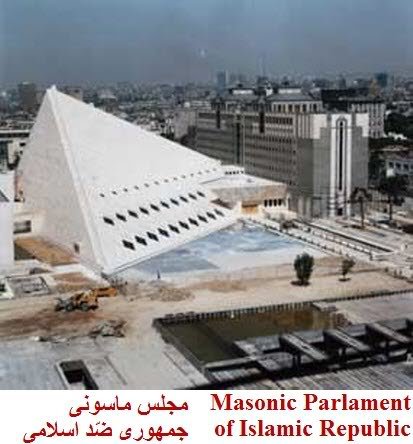 (left, Illuminati logo -dot in circle)
There is a reason why both the North Korean & the Iranian regimes have been kept on a life support by the banking cartel for all these decades. They are all chess pieces in the grand chess game being played out by the agents of the coming NWO.
The terraforming of the Middle East was achieved on the heels of the Iranian regime. The Ayatollahs in Iran were used to ignite the fire of sectarianism in the entire region. The Ayatollahs in Iran now exert great influence & control over Iraq, Lebanon, Yemen & Syria through their various proxies directly and indirectly.
The Ayatollahs have only fought the Sunni Muslims leaving both Israel and the US unscathed. The support for Palestine has been nothing more than a ruse. The true intention of the clergy is to destroy the nations surrounding Israel. When it comes to retaliating against the Israeli incursions against the IRGC forces in Syria, the Iranian regime has shown unimaginable restraint.
Domestically the rhetoric against Israel & the US has become a boring & monotonous PR exercise. In the recent anti-government protests in Tehran (fuelled by deteriorating economic conditions) one of the many chants by the protesters included "death to Palestine". By chanting this slogan the people have started to call out the bluff of the Ayatollahs. It is getting clearer by each passing day that the time is up for the ayatollahs as they seem to have fulfilled their purpose. The Middle East is divided and in shambles and the greater Israel project is within grasp.
MUST-WATCH: Crowds in Iran are chanting "Death to Palestine!" Not to Israel. Not to America. But to Palestine. Hamas and Hezbollah and Palestinian Jihad can kiss their Iranian funding goodbye if the regime falls. 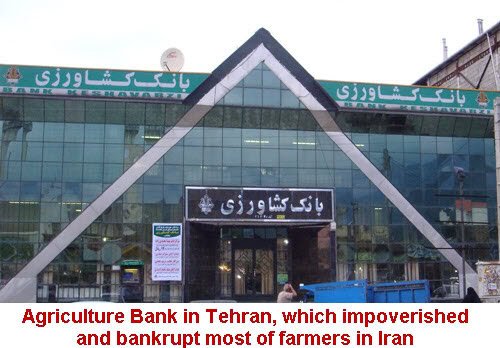 We do not have to dig deep into the Iranian regime to see The Majlis/ Islamic Consultative Assembly (above) is a giant pyramid with 33 windows. We already know that symbology & numerology rules the occult world. And the occult and Freemasonic symbology is plenty to be found in the Islamic Republic. A glimpse at the architecture of some of the key state & privately owned Rothschild banks & other key buildings can give us an assessment of the rampant Freemasonic symbology.
---
Umar is a law student and a businessman living in Pakistan. He majored in International Relations and has a key interest in the geopolitical events of the south-east Asian region.
He says his opinion regarding Iran reflects the general perception Pakistani establishment holds for the Iranian regime. Many Pakistanis do not trust the Iranian regime especially after it was known that Indian intelligence RAW was carrying out terrorist activities in Balochistan, Pakistan from the strategic Iranian Port of Chabahar. Also, it is a known fact that the Iranian intelligence recruits young Shia boys from Afghanistan and Pakistan as cannon fodder to die for the expansionist conflicts of the regime.
Related - Iran leaders longstanding ties to Israel
---------- Iranian aggression raising suspicion in Pakistan

Comments for "The Iran Deception "

Andrew's comment hits the nail. One need only to examine the propaganda of the "regime change" crowd (Israel, the MEK terrorists, the Saudis, Neocons, Pahlavis, etc.) to see how it matches this article point for point. Purely manipulative fabrications. Further, Umar's claim of the Pakistani establishment mindset could not be more off; see how Nawaz Sharif, former PM & puppet of Saudi Arabia, just received a 10-year sentence by that same establishment.

That's Umar's role model right there based off his anti-Iranian screed above. The countries in West Asia in the Rothschild fold were created less than 100 years ago and have zioNATO military/diplomatic artifacts WITHIN their borders. Iran isn't one of them.
---
By the way, this might interest you or give you a chuckle: https://gizmodo.com/irans-ayatollah-approved-messaging-app-includes-a-death-1825566344

It should be noted that business ties are frowned upon in Iran because they represent Satanic (JudeoMasonic) leashes in Shi'a exegesis. Also, that Iran's government and lawmakers are always the quickest to point out occult symbolism in things like Olympic logos (https://www.theguardian.com/world/2011/feb/28/iran-london-olympics-logo-zion) and movies (https://www.israelnationalnews.com/News/News.aspx/141433). They are quick to point out geo-engineering techniques: (https://www.telegraph.co.uk/news/worldnews/middleeast/iran/8527455/Mahmoud-Ahmadinejad-says-Europe-stealing-Irans-rain.html) and (https://www.independent.co.uk/news/world/middle-east/iran-general-israel-water-shortage-stealing-cloud-rain-drought-gholam-ridha-jalali-t-a8431426.html).

The Shah of Iran actually once wrote a letter to the Queen of England insisting that he be made the Grand Master of his own lodge, only to be basically scoffed against. (http://www.iranicaonline.org/articles/freemasonry-iii-in-the-pahlavi-period).

The Parliament building was designed in 2004 by this architectural firm: http://polmir.com/ - they denote it as having a semi-circle design. Sometimes, Henry, Iranians are just like Jews around the world or Americans. They just don't know and accidentally play into schemes. Having said that, I'd be happy to try and get a statement from them denouncing their design as any form of Masonic conspiracy. It happens to be the one major thing all of this propaganda likes to show in pictures. In a court, it would fail to be enough evidence to meet any burden.

Let's now examine the other countries Umar favors, like Saudi Arabia. The focus on Iran at this particular time is unsurprising since it follows the Hanson 5 point plan to resurge stupid "regime change" options zero Iranians want. Iranians aren't fooled by this propaganda and never were -- the other side has listening posts that are decades detached from the pulse of Iranians. They consist of intel. agency terrorist cult devotees, exiles, dissidents, Zionists/Wahabbists in disguise, or any others taking advantage of a pile on against Iranians.

When the CIA sponsors COLOR REVOLUTION in Iran where they hire and train crowds to stage anti-government demonstrations, we should not be surprised when these paid demonstrators chant “Death to Palestine!" Not to Israel. Not to America.