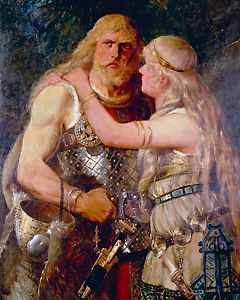 MY TRIP TO EUROPE AND BACK

Michael Berg who first exposed the Trump family cult on this site
discovers he is not a Jew. Apparently, a lot of Israelis are converts.

Related - by Michael Berg
Jews- Neither Race Nor Religion but Cult
Jewish Conspiracy is Cause of AntiSemitism
By Michael Berg
(henrymakow.com)
I was born in Israel in 1985 and raised as a Jew.
A few months ago after a DNA test, my parents and grandparent confessed that their families converted to Judaism after being influenced by Jewish friends they helped shelter during WW2. Up until this year, I was not aware of my German heritage.
My 26-year-old wife is a similar case. My wife's parents were also Russian gentiles who converted to Judaism. They were candid about joining the Jewish faith. They wanted to leave the USSR. They were doctors and Israel needed doctors. So it was a good deal.
Seeing the destruction that Feminism (female empowerment) causes in Israel, and the depraved LGBT agenda pushed in everybody's faces, my wife and I are considering emigrating to Eastern Europe, maybe Russia to start a new life.
In order to see how Russia would be like, my family recently visited Europe, first Germany - the ancestral homeland of my ancestors  - and then to Russia - the ancestral homeland of my wife.
VISITING GERMANY
Visiting Germany was like coming home for me. I must say I felt strong connection to the land and the native German people.  For me visiting Ehrenhalle in Nurnberg (below) as well as other sites in Germany had a great impact. My wife and I lit a candle in remembrance of the 8 million ethnic Germans who died during WW2. After all, they are my true blood family. 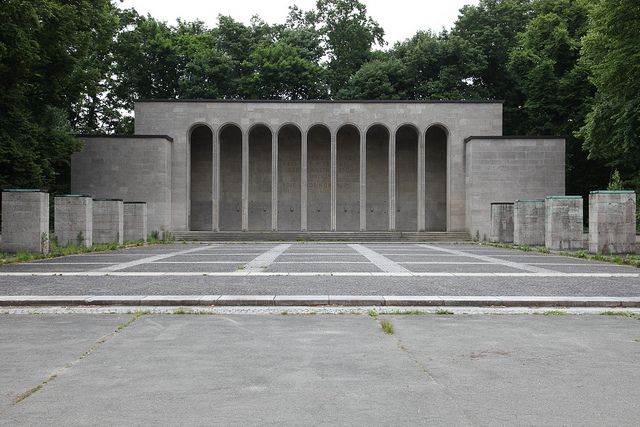 Ethnic Germans were very nice to me. Being blond and blue-eyed and of German heritage - they rightfully saw me as one of them but were surprised that I did not speak German. I spoke to them in English. I never told them I was from Israel - a "Jew" whose ancestors were ethnic Germans before converting to Judaism.
We visited the Hermannsdenkmal (The "Hermann Monument") to be amazed by the monument of one of the greatest heroes in Germanic history - Arminius (i.e. Herman) who defeated an entire Roman army in the forests of Northern Germany - preventing Rome's attempt to take over Germania once and for all.
From there we visited the Cologne Cathedral in North Rhine Westphalia. I do not follow Christianity or any religion for that matter,  but I was told that my grandparent's parents were Catholics. I admired the architecture of the Cathedral. I also respected my ancestor's Christian religion. After all, the Germans were Christians for many centuries after they abandoned their worship of the Norse gods Odin and Thor.
Needless to say, I was deeply saddened to see Germany flooded by racially alien, hostile populations from the third world - benefit bandits - who don't give a damn about civilized way of living.  But I already knew that this genocidal attack on the White race was taking place not only in Germany but in much of the White world. Seeing it in person was difficult for me nonetheless.
RUSSIA 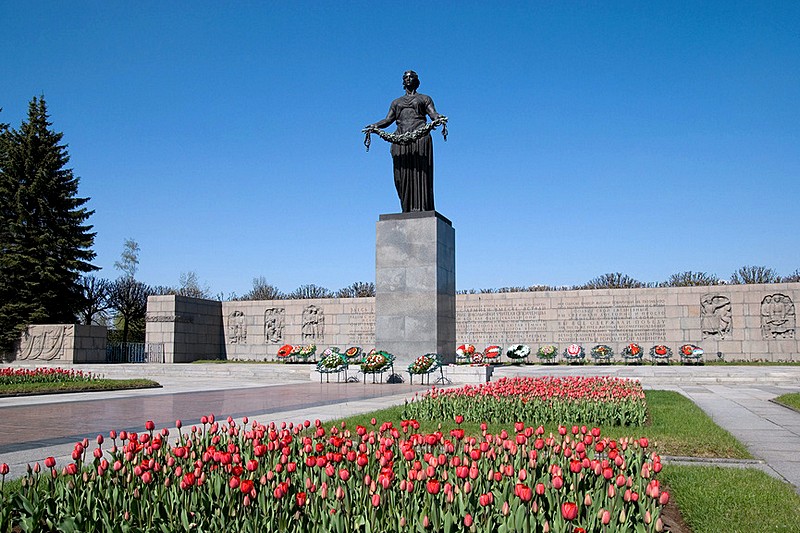 This is the first time I visited in Russia. My wife speaks Russian so we did not have to use English. We visited St Petersburg - where my wife's parents are from. We visited the Piskaryovskoye Memorial Cemetery and lit a candle there in remembrance of the nearly 27 million Russians who died during WW2. For me, there were no "good" guys and "bad" guys in WW2. Everybody was equally victim of the war. We were all manipulated by the Central Banks into fighting and dying in the war resulting in 60 million Europeans dying in the war. Needless to say, my wife and I had also visited the Red Square in Moscow.
In terms of a place to raise a family, I will compare Russia, Germany, and Israel.
ZION
Israel is not an ideal place to raise a family. I know it because I live here. The main reason is of course that Israel is a Feminist pro SJW country where women are made to compete with men instead of complement men.  Also, Israel's mixed race nature makes it very difficult to feel a connection to the people and have a sense of belonging. Jews are a mixed race people made out of all the world's races (as shown in the links below).
Feminism and female empowerment are the main reason for the destruction of the family in the west - Israel included. Also the threat of "terrorist" attacks by Palestinians and war with Arab nations in the middle east is very real. This is what Israel did when the Zionists took the land away from the Palestinians in 1948.
Also there is an attack on the family unit in Israel by the LGBT movement. During the past few weeks, we had gays protesting for a legal right - not a natural right - to adopt a child using a surrogate mother. People are tired of gays and lesbians trying to push their disorders on adopted children as well. This is criminal. This only stops once gayness is pushed back into the closet under the correct label of a "medical disorder". Otherwise, who will protect the children?  Russia doesn't have to face this dilemma. Russia pushes the LGBT community into the closet and defends Russian children.
Decades of toxic feminism has all but destroyed Israeli women. For them everything is MONEY.  My wife is an exception. In my house, I am in control. My wife was raised with traditional Russian values of respect for men. I am lucky in this regard
DEUTSCHLAND ERWACHE!
Is present-day Germany a place for raising a family! I would say No!
Germany is an SJW Feminist occupied territory. Once Germans stopped inviting non-Europeans into their territory then maybe yes. Maybe then Germany would be a safe place for raising a White family. We saw police and SWAT everywhere - waiting for a possible terrorist attack. There was no sense of security in Germany. Everybody suspected everybody else. Germany must solve its demographic problems for it to be a viable place for Europeans to live in.
In order to increase its fertility Germany must get rid of Feminism (female empowerment), ban SJW and pro-LGBT propaganda in education and media.
While we visited Berlin we saw the degradation of the city - a sign of cultural decay and poisoning. We saw more adult Germans than children. My wife asked "Where are the German children? Where are the White children of Germany"?
Her words sent a chill down my spine. I had a great sense of dread at that moment. I looked into her eyes and said "You can thank 50 years of Feminism for that. Now we can see the results."
So far Germany did meet my expectations - I knew that Mama Merkel had f**ked  Germany.
RUSSIA IS BETTER
Russia was far better than I was expected. I saw strong White patriotic feelings among Russians. They have a sense of White identity and promote traditional family values.
Is Russia a place for raising a family?! Relatively speaking I would say Yes. Because Russia is less affected by SJW propaganda, Also Feminism isn't as bad in Russia as in other parts of the White World. There's No LGBT propaganda and No Open Homosexuality in Russia. There's no public promotion of  Homosexuality and Lesbianism in Russia. It's illegal (even though in private Gays are allowed to do whatever they wa). .
In my personal experience, Russia (and Eastern Europe) was more racially homogeneous than Western Europe - Almost everybody that we saw was White. We hardly saw non-European faces in the big cities and of course no same-sex couples. We saw many normal couples and happy White families with children.
As for me and my family - we are waiting for when our turn comes. From what I hear our chances are good.
...................................
Joining a cult: Hundreds of thousands of gentiles converted to Judaism (mostly from eastern Europe) during the last few decades. The following are five sad cases of conversion to Judaism - innocent gentiles who converted to Judaism without knowing they are joining a Satanic cult. These people did the same mistake my gentile German ancestors did:
1. https://www.youtube.com/watch?v=KJZJ38M6OoI
2. https://www.youtube.com/watch?v=xxIC-mgqi4A
3. https://www.youtube.com/watch?v=0VNSKjpgPco
4. https://www.youtube.com/watch?v=GCXIdZ6Q0IA
5. https://www.youtube.com/watch?v=K3Gii1rrE3o
First Comment from Tony B
I take this article as a vindication.
My greatest word war in over half a century of this fight for Christian civilization has not been a war with Jews, it has been a war to try to convince other Americans in this war that Jews are NOT a race, but are a cult in which most, but not all, live by influence of the Babylonian Talmud and the Cabala (both Satanic in essence) whether or not they are aware of that, and include members of every race, just like any religion.  I have found that Jews who know you understand their cult do not argue or debate with you concerning their beliefs and actions.
Those Jews who are NOT under talmudic/cabala influence are more likely to be humanitarian, in the worldly sense, than are any other group of which I know.

After growing up and leaving home, as a young adult, I learned my mother is Jewish. I should have known, considering her maiden name (Lofsky), and the name of her mother's parents (Rosenburg). I knew very little about what it means to be "Jewish" at that time, however, but I've been researching it ever since.

Now I realize having a Jewish mother is meaningless, because 90%+ of Jews are converts (Ashkenazim), although that is still being debated. DNA testing has proven Jews come from many different races, and there is no one "Jewish race".

We are one human race of spiritual entities having a human experience, and until we realize that fact, humanity will continue being deceived into fighting with and destroying each other, as has been happening for centuries, and is now reaching a climax during these end times of the "three world wars" psyop. I've known many 'Jews' (self-identified), and they are some of the most wonderful people, but some of them are also the most despicable people in the world, but I could say that about all races. George Orwell wrote "Animal Farm" to teach us we must unite together, despite our differences, before we can end our enslavement. We are all part of one human race, having a spiritual experience in this world we call "earth", so don't let who you create division between yourself and your fellow human beings. We can still save ourselves and the world we live in, by working together cooperatively with Love.

I agree with Michael Berg that Russia is currently the only hope for humanity and civilization on this earth. Remember what Edgar Cayce, "the sleeping prophet", said: Russia holds the key to human civilization". In my opinion, the Germans will (have to) flee to Russia in the not too near future. This was predicted in a Polish newspaper almost 3 years ago. And you could read that at Sputnik. Here's the link:
https://de.sputniknews.com/politik/20150917304375907/