Perils of Promiscuity- A Personal Story 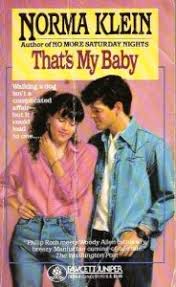 David C replies to Liberal Jews, Sex & the New Satanic Order
an article about why liberal Jews have propagandized for pre marital sex and promiscuity in general.
He describes how premarital sex shattered his sister's life
with repercussions for him and his whole family.
"Love and sex together are very important, so the evil entity tries to ruin it for us by separating sex from love, using matrix mind-control programming to deceive people into having unhealthy sexual relationships."
by David C
My older sister had her life changed forever, by becoming pregnant while still a teenager, at about 16 years old.
While we weren't raised Jewish, my mother is Jewish, and our parents had a Jewish wedding.  Her first boyfriend was a surfer, who would win surfing contests up and down the coast.  He was a big hit with the girls, so she was lucky to have attracted him for her first boyfriend, and she was the envy of her friends.
As her little brother, he was a very cool guy for my older sister to have for her first boyfriend!  He had a souped-up GTO, and would pin me to the seat when he floored it, while making the engine roar - he would win street drag races against all comers.  He got me stoned on marijuana for the first time ever, which was a turning point in my life.  He told me about the Monterey Pop Festival, where he had seen Jimi Hendrix play, demonstrating how Jimi looked, while playing the song "Foxy Lady" on my stereo.
He was Jewish too, although she didn't plan it that way - he certainly didn't appear Jewish, with blond hair and blue eyes - like us.  He inadvertently got her pregnant, but rather than have an abortion, or tell the family about their baby, she wore loose t-shirts, to cover her "baby bump", and they kept it secret.
Eventually their daughter was born, and put up for adoption, after which they thought their secret was safe...  Even after my sister had given birth, my mother still didn't know about her being pregnant, which seems incredible living in the same house. 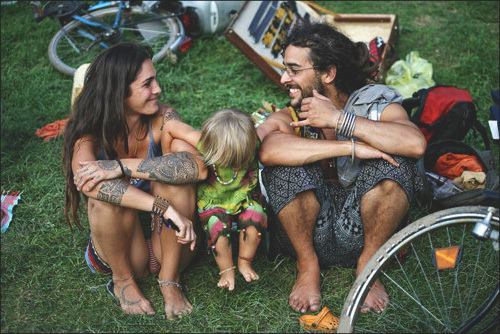 We had a very dysfunctional family, to put it mildly, and the "1960's" made us estranged from our own parents, like most of our friends were with their parents.  We were alienated and didn't interact much with our parents.  My sister later began psychological counselling, and I always wondered why she needed that, not knowing about the "secret" baby.
That secret followed my older sister through her life, until she finally had to tell my family about the baby.  The mother who adopted her baby used her daughter to try and blackmail my sister, and my father (he had become wealthy by then) into giving them money.
Apparently my secret niece's mother had become a drug addict, like her daughter was, so they tried to get money from my family to keep quiet about it.  Rather than give-in to the blackmail, my sister told everybody in the family about her daughter, except me.  I only learned about her secret niece by accident.
My sister had a long-time boyfriend later in life, who decided he wanted to marry her and have children, after they had been together for over ten years.  They had a big, beautiful, Jewish wedding at my father's house, and then things went downhill quickly.  He wanted children, but because of what happened to her with the secret baby, my sister didn't want to have anymore children.
When he learned about the secret baby, that was more than he could stand, so he divorced her after they had only been married for about a year.  A few months after their divorce,  I called him to apologize for my family's behavior during the divorce: using a "Jewish bulldog" lawyer to get as much money out of him as possible.
When I called him, her ex-husband and my old friend, accidentally told me about my secret niece, not knowing I hadn't been told about her.  For some reason, my sister was STILL keeping her secret from me.  The rest of the family knew about her, including my younger sister, and I'm not sure why she didn't want me to know. 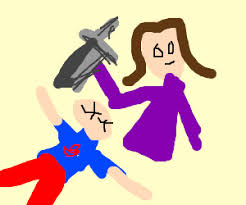 I'm very glad to have learned the truth, however, because it helped me understand and heal.  My sister was abusive to me at times when we were teenagers, and I carried resentments about that through my life, but after learning about her secret baby, I understood why she had treated me abusively.
Knowing the truth helped me heal, so I could forgive her, and we have a much better relationship now.  I almost got my first girlfriend pregnant by 'accident' (raging hormones) when I was only ~16, and for months afterwards I worried she might have gotten pregnant.
That was very traumatizing to go through, for a sensitive teenager like me, and it ruined my relationship with my first girl friend.  It also ruined my relationship with girls in general for years after that, because I had been so traumatized by that ordeal.
I know from personal experience how damaging having sex too early in life can be, and having sex with the wrong person can be very harmful too,  The most important thing in life, besides becoming who you were meant to be, is finding a soul-mate with whom you can unite sexually and spiritually with love.
It must be someone you truly love, otherwise you can absorb negativity from them, and cause all sorts of problems with your life.  Love and sex together are very important, so the evil entity tries to ruin it for us by separating sex from love, using matrix mind-control programming to deceive people into having unhealthy sexual relationships.
Don't take having sex lightly - it's one of the most important and profound experiences we are capable of having as human beings.  Having sex with the wrong person, or in the wrong way, can be very damaging.  Having sex with the right person, with love, is the most beautiful experience human beings are capable of, joining our spiritual beings together in a blissful union with Creator.

Comments for "Perils of Promiscuity- A Personal Story"

"joining our spiritual beings together in a blissful union with Creator."

Henry, this is the first indication I've ever had that another person has read the Anastasia Books from Ringing Cedar Press. Her account of the proper union between a husband and wife is so intimate - it makes physical union so......so......well, you really should read it for yourself. But the author is right......it's a truly blissful union with the creator.