Right-Wing Clampdown in the Works? 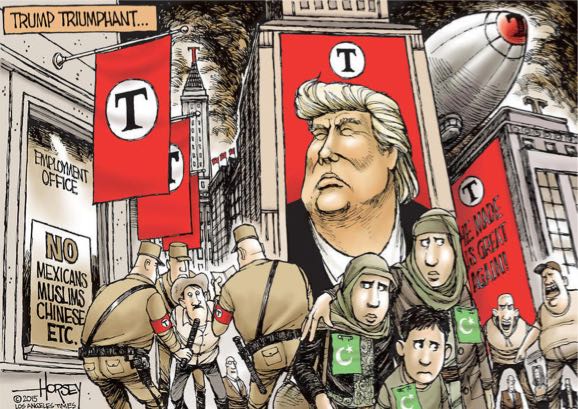 The Illuminati dialectic consists of Nazis and Zionists on the Right, and
Communists on the Left.  The US has become so polarized that it
now closely resembles 1930's Germany. The Democrats (Communists) have gone off
the rails -- stuffing ballot boxes, violence, and slanderous lying. This could lead to a martial law clampdown as "the only way to restore democracy."
Is Trump purging people like John Kelly and Kristjen Nielsen who might be impediments?
Certainly, the US is drifting toward civil war and extreme measures are
necessary to recapture the mass media, judiciary and universities from Communists.
My source who has a contact in Russian Intelligence writes: "The Scavenius Group (or Society) is a very far right wing secret political entity founded in 2016 by Karl Rove and named after Eric Scavenius a wartime Danish Nazi. A number of its leading members have worked with Willis Carto's right-wing movement before Carto's death. I have chapter and verse on this but I would be careful about identifying members, many of whom have great governmental clout. I understand Trump and Bolton are members. Also Pompeo, former head of the CIA and now Trump's Secretary of State."
Disclaimer- First Commenters Tony B and Peter W pop this bubble. Thanks, friends! This material is presented for entertainment value and discussion. 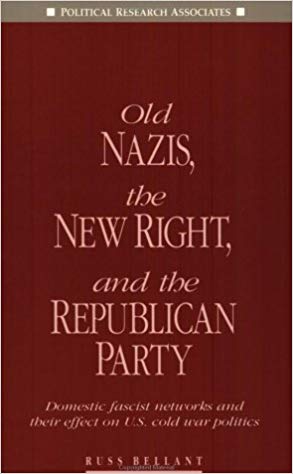 (This classic study is available on Amazon)
The policy of the supporters of the far-right groups is to exacerbate latent racism in the United States to the point where public violence erupts and the political polarization of the public becomes manifest. By encouraging and arming the far right and neo-nazi groups, the Scavenius group is laying the groundwork for an acceptable and militant government reaction, the institution of draconian control over the entire population and the rationale for national and official government control, all in the name of law and order. It is planned that the far-right and neo-nazi groups be taken into the law enforcement structure and used to put down any public demonstrations that the government deems to be a potential threat to their policies.
Who are these groups? Here is a listing of only some of them:
ACT for America
Alliance Defending Freedom
America's Promise Ministries
American Border Patrol/American Patrol
American Family Association
American Freedom Party
American Renaissance
Aryan Brotherhood
Aryan Brotherhood of Texas
Aryan Nations
Blood & Honor
Brotherhood of Klans
Center for Security Policy
Church of the National Knights of the Ku Klux Klan
The Creativity Movement
The Sovereign Citizen Movement of the US and Canada
The Dominionist Movement of America
National Alliance
National Coalition for Immigration Reform
National Socialist Movement
National Vanguard
Oath Keepers
Stormfront
The Aryan Terror Brigade.
The neo-Confederate League of the South.
Traditionalist Worker Party
White Revolution
The basic plan of the planners is to supply activists neo-nazi groups in the United States with weapons smuggled into the US. These weapons originate with the Chinese firm, NORINCO, The China North Industries Corporation. This is a Chinese company, located at the Xicheng District, Beijing, China that manufactures civil and military firearms and ammunition.
-----
Related - Where Have we Seen Trump Before?
First Comment from Tony B-
I worked at Carto's Liberty Lobby for about five of its last years.  Connecting that to names such as Trump, Bolton and Pompeo doesn't even reach the level of a joke.
The organizations listed in the article have about as much power altogether as one small town local ladies church meeting.  Looks like a Southern Poverty Law Center fraud; which organization is much more likely to be what the article insinuates.
Has the writer ever taken a look at organizations such as Homeland Security, the American Gestapo which has already committed acts, almost everyone it has taken, which are counter to and totally ignore our basic law, the U.S. Constitution?  And all the other long-established alphabet names that amount to a working police state?
Yes, martial law is on the way and these outfits have been slobbering to implement it for decades.  Stopping up American citizens' guns is just about the last remaining necessity before open world rule by the financial cabal.  One Bilderberg type, bragging off the cuff back in 1991, made the remark to a person he probably thought was not an American citizen that "Americans are too stupid to elect the president, we decide who will be president.  And when we put Hillary in, she will declare martial law."  Well, Hillary muffed her shot with the criminal Clinton Foundation, which full exposure of could have brought down the real bosses, but don't be surprised when Trump declares martial law as he is just another Rothschild prostitute, little different from Hillary, et al.
Actually, all this "Russian insider info" looks like a very poor, amateurish, attempt at floating a propaganda agenda to stop the laughing at the nonsense of why Hillary, most hated sub-human alive, didn't get in the white house.  About as ridiculous as the "Q" nonsense on the other side.  And probably both just Soros style theatre to pretend, with the compliance of the phoney media, a major national clash as an excuse to DECLARE MARTIAL LAW.
JG writes-
I agree that the MSM, Communist Activism, and Congress are all out of control. President Trump is not promoting racial division but the MSM is. Today, a mere burp or a sneeze around the wrong person can now be interpreted as a racial slur. Soon you won't have to do anything at all, just being of White European heritage will qualify you as a racist. It's already happening now. What's going here on is an attempted "color revolution" led by the same Communist NGOs from within. Their primary target is White American Christians of all denominations. Why, because they are opposed to Communism, they worship God and not man.
Peter W:
I suspect disinfo
I actively and financially support these groups -
Alliance Defending Freedom
American Family Association
to list these with the rest, many of which are fruitcakes, says the author wants to slander good groups. Why?
2 - "By encouraging and arming the far right and neo-nazi groups"
Need some EVIDENCE - all we have is a statement.
3. Scavenius Group is not found.
Need to question your source.

Comments for " Right-Wing Clampdown in the Works? "

The US election is not an election; Its a referendum on gullibility, stupidity and fake choices. They (the hidden hand) choose who is going to win ahead of time and give the public a false sense of choice as they prey on our fears. The Goyim never learn as they openly support their favourite Rothschild created Hegelian Dialectic team: Statement(Nazi) or Anti-Statement(Communist).

"The streets of our country are in turmoil. The universities are filled with students rebelling and rioting. Communists are seeking to destroy our country. Russia is threatening us with her might and the Republic is in danger. Yes, danger from within and from without. We need law and order. Yes, without law and order our nation cannot survive. Elect us and we shall restore law and order." - Adolf Hitler (Rothschild)

Let me begin by thanking the law enforcement officers here in this city, and across this country, for their service and sacrifice in difficult times. The violence, riots and destruction that have taken place in Milwaukee is an assault on the right of all citizens to live in security and peace.

Law and order must be restored..." - Donald Trump (Drumpf)