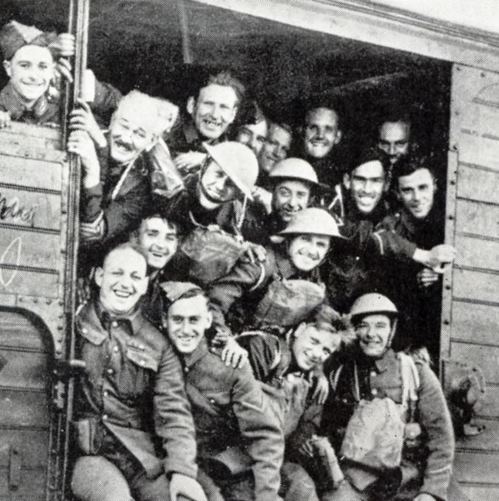 Holocaust deniers
are missing the point.
World War Two was contrived
to kill goyim not Jews.
From Fabian F
I have a few questions:
You say that your mother survived the war due to having blond hair and blue eyes. I have read quite a few, shall we say unconventional, accounts of what went on during WWII, and I would have worded the same fact as: "She survived in spite of having blond hair and blue eyes". I thought you were one of the few who did not buy the generally accepted account of WWII and the so-called Holocaust.
Are you of the opinion that there was a deliberate policy in Germany during WWII to exterminate all Jews within the German-controlled territory?
I really hold you for being one of the worlds most honest Jews, so the answer to this question is quite important to me. It is in fact extremely important for your credibility in general too.
The second issue is your focus on race. To the "enlightened," it should not matter whether you are a jew or a gentile. What is important are your actions, honesty, and above all whether you accept Jesus as your saviour and king.
The satanic agenda is to make us all soulless meat-robots. The direct opposite to that is to acknowledge that we have a soul, God created us, and Jesus is God in the shape of the human who sacrificed himself for us. Jesus was himself racially a Jew.
I have listened to a rabbi debating Gilad Atzmon about Jewish identity. According to the rabbi, everyone who shares the bloodline with the people who were with Moses on Mount Sinai is Jews no matter what religion they have or what they think themselves about the matter. According to the same rabbi, the only way for a Jew to stop being a Jew is to become a Christian. So Jews can confess to any other religion of their liking, but will still be jews in the eyes of Jewish religious leaders as long as they stay away from Christ. That would in my view be the definition of being Anti-Christian. I believe Jesus said the Jews are the masters of the lie, and Satan is their father or something along that line.
One other thing, which in my opinion you miss, is that we are as you say, created as an image of God. But the ability to ourselves to decide what is right and wrong, good from evil, is actually part of our inherited sin from Adam and Eve. They ate the fruit of knowledge because they wanted to be able to determine right from wrong instead of just trusting God on the matter.
This is as far as I have understood also at the heart of Freemasonry; the faith in man's ability to by himself distinguish right from wrong and good from evil. This is, in fact, a rebellion against God. What makes us the image of God is our free will. Adam and Eve used that free will to rebel against God. We still have the free will, but judging from the upheavals in the past and the present time, our ability to distinguish good from evil still need some perfection to make a slight understatement.
In short: Whether you are racially a Jew like Jesus or gentile like most Christians today, is unimportant. What is important is acceptance of Christ, and commitment to truth.
Gentiles cursing you for being Jewish are no better than the satanic jews pushing the Anti-Christian agenda. Both "philosophies" consider humans to be soulless meat robots. You canÂ´t find moral or ethical guidance in the purity of one's race. God needs to be in the picture for there to be good and evil. God is the ultimate benchmark for whether something is good or evil. The race gives no guidance in this eternal problem. Race does not define your soul, it only partly defines the body your soul possesses during its comparatively short time on earth.
--
Reply to Fabian:
I'll start with the Jewish holocaust.  I deplore the way Organized Jewry exploits this abomination for political gain.  However, Zionists helped initiate the holocaust for political gain so they would continue to exploit it, wouldn't they? Under the circumstances, it is also understandable that people would try to take away this guilt weapon by denying it happened. 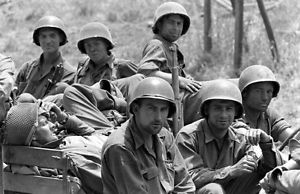 The holocaust distracts from a grim fact that "holocaust deniers" seem to miss. World War Two (and World War One) were holocausts for non-Jews. About 80 million people, mostly European males, died in these contrived conflicts. It is amazing that holocaust deniers nitpick about how many Jews died when a truth of far greater importance is ignored. The Masonic Jewish central banking cartel and their Freemason minions are responsible for a satanic slaughter of tens of millions of innocent people. This is the real holocaust and it cannot be denied.
As for the Jewish holocaust, my parents lived through it by pretending to be Polish Christians. Who would you believe? Your parents who lived through it or deniers? This is my dad's story. My mother described how she hid while her Jewish neighbours were rounded up. Do you think the Nazis rounded up people who were unfit to work just to give them free room and board? Do you think Nazis tried to ransom a million Jews to save them from country club conditions?
Just because the Nazis appeared to oppose the Masonic Jewish conspiracy doesn't make them good. Consider what they did to Poland.
No one questions that holocaust.
I don't know how many Jews were killed but even David Irving attests to two million being gassed.  But far more Gentiles were murdered. Why not focus on that?
You pretend to be a Christian but your holocaust denial comes across as callous.
As for race, I generally agree with you except for what you said about Freemasonry which is Satanism disguised. I believe in maintaining racial identity partly because the Illuminati think it's important enough to destroy.
"We will destroy all collective forces but our own," they say in The Protocols of Zion (16-4) As my readers know, the four legs of human identity are race, religion, family and nation. They want to replace these with one race, one religion, one world and one gender. 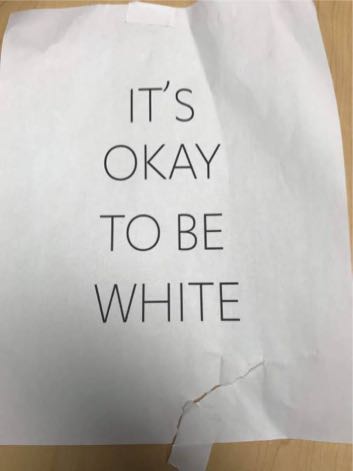 (Recent poster at the U of Manitoba considered "hate crime." Police investigate.)
Finally, while I believe love trumps race, I like true diversity not the kind aimed at undermining traditional America. I admire pure examples of other races and don't want to see the world become a uniform shade of brown. To affirm racial identity is not to claim superiority. We are a family of man, each race contributing something unique.
Don't you think it strange that Israel is the only country allowed to assert its racial "purity?"  Or that every race except people of European ancestry are able to assert their "pride?"
Central bankers and Freemason traitors have rotted out the West using multiculturalism and migration.  People of European ancestry have failed to defend their national ethnic and cultural character. They are being disenfranchised, dispossessed and replaced. This is the price of cowardice and complacency.
If you want to blame someone for destroying humanity, blame the central banking cartel, organized Jewry and Freemasonry (Jewish Cabalism for Gentiles i.e. Satanism.)
Don't blame "Jews" in general, most of whom are ignorant powerless dupes, like most everyone else.
----------------------
Related - Zionists funded Hitler (scroll down to Bruning letter)
------------  Masonic Mass Murder on the Somme 101 Years Ago
First Comment from PY
Henry, I totally understand you.  I'm also Jewish.  We are real Jews.  Good reason, good morals , good spirit.  We don't need to quit being Jewish.   So all you aware people don't forget about us, the good ones.  I'm feeling like the ultimate scapegoat right now. They throw us all in the same bag, like all through history,  Due to some we all pay.  Also, I have family in Israel who are wonderful.  They are brainwashed by the Zionists to do the blind eye to the treatment of the Palestinians.  Americans are also brainwashed to accept the aggressive wars against innocent people.  And is not just Jews at the top, it's Freemasons, Vatican, Muslim Brotherhood, Jesuits, royals, you name it, all together at the top.