Satanist Insider: "By the time you wake up, there'll be nothing left to wake up to." 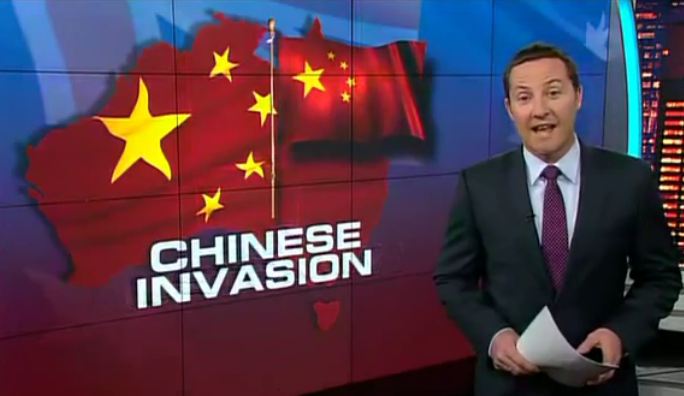 Cucked Westerners deserve enslavement.
"Modern Australia began as an outdoor prison and that's what its people will have again," writes Aloysius Fozdyke,
a longtime member of Sydney's satanist
Alpha lodge. "Australians will be the first people to give away a very wealthy continent without a bullet being fired or a dollar changing hands."
Here Aloysius Fozdyke thanks me for helping him to get his message out. Why do I do it?
1. He confirms what I have been saying and no one wants to hear because they are too brainwashed, venal and craven.
2. He is not a Jew but a Satanist, proof that the humanity is mired in a broad satanic conspiracy.  Eliminating Jews would change nothing as long as Freemasons remain in charge.
Both Organized Jewry and Freemasonry are tools of the satanist Masonic Jewish central banking cartel. Nothing will change until national governments take control of their own credit and currency and banking systems.
by Aloysius Fozdyke
(henrymakow.com)
Thank you for publishing "Australia has been gifted to China". The reason I email is to advise that we know you have a large, international readership and we were waiting to see what reaction would occur after that information was released. Nothing! That's how we achieve our ends. This is why nothing can and no one will stop us. We succeed on the inherent and self evident apathy of the masses. Works every single time. By the time Australians wake up - if they ever do - there'll be nothing left to wake up to.
The myth of 'the brave, bronzed Aussie' is simply that, a self-satisfying myth. For the last twelve years every vote by every Australian has been for the Chinese Communist government. They intend to keep Australia as a farm and quarry, with facial recognition cameras for safety and their Social Credit system to ensure compliance. Modern Australia began as an outdoor prison and that's what its people will have again. They have so few rights and liberties that they won't miss these when they're gone, because it's better to live on your knees than to die on your feet. 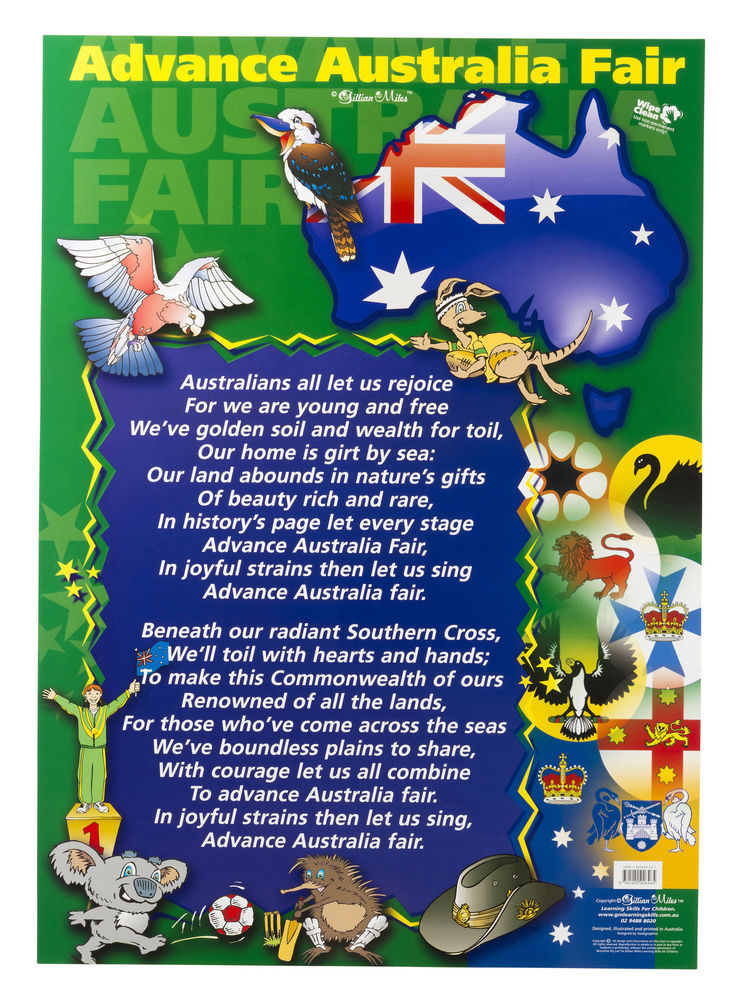 The first lines of Advance Australia Fair will only need one word added:
'Australians all let us rejoice/ For we are young and free-range'.
If you research just now much and of what quality the Chinese have taken to themselves in the last twelve years, unless you were an Aussie you'd be shocked. Australians will break new ground again by being the first people to give away a very wealthy continent without a bullet being fired or a dollar changing hands. And as Chinese holdings and their influence increases, events will transpire more quickly and change more overtly.
Every Australian politician, political party, diplomat and public master is working to give away the future. This century is the Chinese century, as the Middle Kingdom is reborn. The work of Dr. Stephen Thomas Ward and of my mentor, Petor Narsagonan is reaching its endpoint. Soon the Usher of Desecration will make the way ready for Vindex. And when I die I know that I will walk with Satan, in His world, with His Bribe for I will have become greater than the mortal I'll be leaving behind - the mortal which must die that a God will be born!
Once again, thank you.
------
First Comment from Jack M:
I enjoy your work but a few fact checks might prevent you drinking the Fosdyke Kool-Aid.  For instance, China's investment in Australia is a mere two percent of the overall total, and only 5.6 percent if you combine it with the investment from Hong Kong, which has 3.6 percent of the overall total.
This is dwarfed by the USA and UK, the two traditional foreign owners of Australia, with 27.5 and 14.7 percent respectively, with Belgium third on 9.3 percent.  Belgium?!  Australia is only 13th on the list for the level of foreign investment in all countries, the top one that is foreign owned being the US, followed by Hong Kong, the UK and China in fourth. Singapore is fifth and Canada is sixth.
So who really owns what?  Everyone is up everyone else's backside in a manner so complex that no diagram could convey it.  If you want to see where the information came from look at this link:  https://dfat.gov.au/trade/resources/investment-statistics/Pages/statistics-on-who-invests-in-australia.aspx.
Fosdyke is amusing to some I'm sure but as far as I'm concerned he's so full of it his eyes are turning brown.  I think he should stick to violating virgins or whatever it is that he thinks will please his infernal master.  Or get a real job.
[AJF responds: It's great to see that Jack M relies on government statistics. I know how the Chinese are doing it so keep relying upon statistics. Aussies are super easy to work with. If you can get an interview with the Chinese government (and we did through one of their embassies) it's a whole different story.
Ardent, below, is also correct in that the Chinese can't legally donate to Australian political parties, but do you really think that's an impediment. Better still, do you really think? Take about five minutes and see how many ways you can come up with to get around something like that.
Now go back to sleep.]
Ardent writes-
Satanist Insider is so full of it.  I am sure that the Chinese are investing big in Australia.  The Chinese are investing in many foreign countries.

The Chinese may be buying land, but Australia is aligned with the US.  Just look at the amount of bases the US have in Australia.  How many bases do the Chinese have here?  None.
China and all other foreign countries are banned from making donations to political parties.
The Australian government bows to the US and Israel.  I am not happy about that, but I just want to point out that your evaluation is false and it is plain fear mongering.

Comments for "Satanist Insider: "By the time you wake up, there'll be nothing left to wake up to.""

The devil will promise whatever you want but once you're deader than a coffin nail, your soul is his and he won't give you what he says. You think he tells you the truth? Why should he? He's the great deceiver of man, and you, Mr. Fosdyke are just a man. You are no more special than Al Crawley to the devil. You have sold your birthright and your soul for temporary things, but hell is permanent. And, since man is made in God's image, you really think the devil is going to like you? Man, you are truly stupid and disillusioned. I pray you will wake up before it's too late. Otherwise, the devil will take your soul use it up and throw it over his shouder like a used pop can. The devil has already been judged, God is allowing him to do what he does to test the saints. Read up on your bible, the real one, not some rip off satanic one.

Iâ€™m starting to think Fozzie the Aussie is an old romantic. The world is now a conglomerate of corporations â€“ nation states have been long defunct â€“ and the political apathy he mocks really describes the apolitical structure of modern technological societies (of which, granted, Australia was the first). We have all become tools of our tools; politics and psychology are mere epiphenomena. A neat little trick pulled by the Master of Deception. The fight now is at the level of techniques and behaviours, not beliefs or ideas (which evidently matter little). Good luck Fozzie with your apotheosis and threesome with Satan and his bride, but donâ€™t feel you need to rationalize the destruction of the sheeple before you go. The Chinamen know, and always knew, that â€˜the fish rots from the head downâ€™.

atan arse creepers like AFoz seem to think that Satan will turn them into gods, who will co-rule in Satan's coming administration. Joke, right?

Human consciousness & form, are God-given gifts, for the purpose of seeking God.

Satan will with contempt, turn AFoz into a demon, a fitting form & consciousness, for rejecting God.

There is a cliff in Sydney which is a popular place for people to top themselves by jumping off in order to manage this attraction the government have posted notices on the fence which guards the way to the cliff Edge warning people climbing over the fence of the fine that they will be made to pay for crossing over and this reminded me of the way in which the Chinese government gives the bill for the bullet that kills the citizen to the family remaining of that person.
It seems pretty Chinese the way that they run Australia now let alone when the Chinese Take Over.
Or how about the way the driver of a vehicle picks up three points on his driver's licence for every passenger not wearing a seat belt.
With a minibus full of friends like that you will lose your driving license.

They are already more Chinese than the Chinese and dont even know it.

In the shopping malls every third or fourth shop is a tax assistance service these frogs are well on the boil.

Oh, let me do it for you â€¦ The short Trade Unionist who is married to the Governor General's daughter.

How hard was that???

So can a "conservative Catholic" support gay "marriage" or abortion, you ask. Is not opposition of such moral depravity the very definition of moral rectitude?

Not quite. One can make a conscious decision to oppose murder and moral degeneracy without actually doing anything outwardly.

It is quite a different thing when you are the publisher of a Catholic newspaper and the Jewish mob starts to make your life hell. To stand up to that sort of pressure takes a particular type of moral rectitude that is different from deciding in your head that abortion is murder.

To put your body on the line takes a Jim Trafficant or a Bill Cooper, and sadly there aren't too many of those left, inside the Church, or out.

Hi henry, can you ask Aloysius if he still likes the devil's metal...silver.