Becoming a Parent "Kicked My Ass into Gear"

I have been shut out of Twitter for a week.  Details HERE 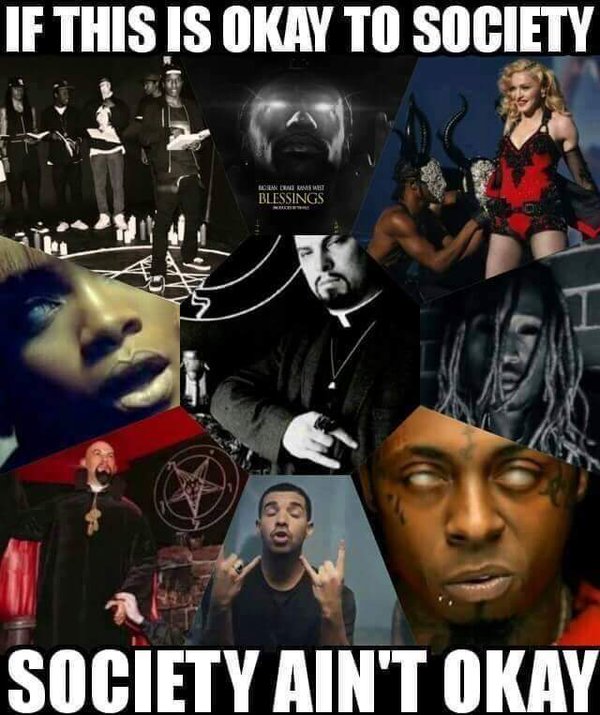 Satanism is the inversion of Good and Evil. Humanity is under concerted satanic attack by the Masonic Jewish central banking system which controls most social institutions.
Thus, a recent Reddit comment observed that much popular music today is sexually depraved. It inspired a refreshing realization that marriage and family often are essential to personal development-
Satanic Music:
"The music industry actively mocks the idea of fidelity in a relationship, celebrates sexual deviancy and non-committed relationships. The collapse of the family. So I don't really think many people would challenge the underlying premise of this observation. It is fairly obvious that the music industry tends to promote a lifestyle of extravagance, frivolousness, sexual promiscuity, and a fixation on the "passion" or "fairytale" parts of a relationship, namely getting together, breaking up, falling in love, or fantasizing about having now met your "one and only". None of these things is sustainable and creates false ideas of what love for another person really is."
Response:  "Having kids fundamentally alters your view on life. I never imagined loving someone more than my own self."
"Yes...kids today are utterly fed a false picture of what life is, and what they should aspire to be.
When I got my girlfriend pregnant about 10 years ago...we were 20...I didn't see any way we could care for the kid and begged her to have an abortion (you can't be successful while you're young if you have a child tying you down.)
I shudder at that thought today. That kid was the single greatest thing for us. It pulled us out of a fucking meaningless lifestyle of partying on weekends. It kicked my ass into gear. When I had that child, it felt like I was working on a different level. All of my coworkers wanted to get the fuck out to go get down at night...I was happy for overtime...partly because I needed the money, and partly because I wanted to give a better life to my kid...I thought I was missing out on so much. But I now see I didn't miss a goddamned thing other than the pointless drama that would only complicate my life.
Having a kid really straightened me up. It got me to where I am today. It made things more difficult...but there's literally nothing positive about party culture...it's fun, but there's no real-world benefit...and you can only look back and think about how much more you could have improved your life in all those hours...sure, you get to see some skank's tits...but that doesn't mean much now that I'm in my late 20's.
I was fortunate to find a good girl who is a tremendous mother (which, oddly is like the sexiest thing in the world to me now.) I have to question the motives of people who have children who also push not having children. Sure, I could pave a fancy sports car with all the money I've spent on them...but who gives a fuck...two years from now that car will be old news, but your kids are forever. 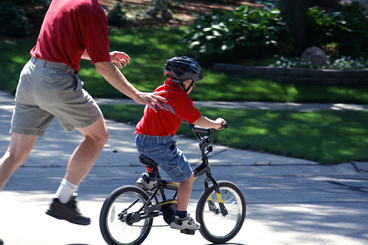 Fuck, coaching your kid in sports they're interested in is so much more fulfilling. And I'm really into cars, I would kill to have a supercar, and I promised myself I would own one, one day...now, I don't give a fuck about a fucking overpriced piece of shit. I would much rather send my kids to school, or help them out in s time of need.
Having kids fundamentally alters your view on life. I never imagined loving someone more than my own self. Now I completely understand why parents in war-torn nations risk their lives to help their kids. Maybe this is unique to me, but I would suffer greatly just to help my children in a small way. I truly believe it makes you a better human...and, I truly believe the only judge of human character is your children. If you raise a complete piece of shit...that says a lot more to me than being poor, lazy, or a criminal. If your kids are good people, you had to do something, the most important thing, right.
Comments from Reddit Readers:
My mom was 16 and my dad was 18. I was a party mistake, but you sound a lot like my parents. They have said things like you said here. They have told me that I saved them and made them better people. We kinda grew up together. It was great having young parents. I am glad they didn't abort me. Cheers
---------
Yep...that would have been the single greatest mistake of my life...but I would have never known it. It's odd to know a truth that nobody can know until they live it. And, don't get me wrong...having a kid fundamentally changes your life forever....and it's scary. I was terrified...but It really showed me that the life I had before was complete bullshit.
------------
Now, if you get some trifling whore pregnant...that may not end up good for you. But someone you truly love and get along with...it could possibly be the best thing to ever happen to you.
---------------
That was a beautiful comment, brother. It moved me on a really deep place. Never mind the naysayers, I feel where you're coming from, and I totally respect what you just said. I've always felt having a child will show you if you're a real man, or someone who bitches out. Much respect, coming from someone who's dad bitched out. I'm over it, but it'll fuck your head up for a minute.
(author reply)
Not beautiful...just my lived experience. Many people think that is complete retardation. That's what I've seen in my life. I'm not claiming to be rich, a good person or someone people should aspire to be...but my kids have truly brought me happiness that I haven't been able to find in the "dream world of a single bachelor."
---------
It's like the party life brings you fleeting pleasure, but your children bring you genuine, deep down joy.
----------
I can second this. It's kind of crazy the transformation I have gone through since having a kid. I was the biggest shit bag, I had no ambitions in life besides getting fucked up, and trying to fuck new women. Now my entire life is geared towards being the best father I can be, and being a so so husband... Something happened to me the first time I saw my kid, it was by far the most powerful moment in my life.
----------
Yeah, that's the life that's glorified. Getting shit-faced, and hooking up with some skank. I've lived that life, and it sounds like you did. There's nothing fulfilling about it. After the night is over, you feel like shit, and there's nothing gained, but the money lost.
I find it so bizarre that that is the life that is glorified. Perhaps if you're a famous celebrity it could be fun...but for 99.999999% of people that life is going to be shit.
---------
Strong families support each other, just like strong communities do. The Government doesn't like competition. Marx wrote that Capitalism is flawed, that ultimately it would collapse. Marx wrote when the crisis occurs citizens would demand a solution. Of course, Marx wrote that Communism was the solution...
What happened though is that when there was a crisis people came together and helped each other. Families supported each other, as did communities. Today though we are more divided than ever. Race, gender, sexuality, etc we have all been pitted against each other.
The idea is if there are no more support systems in place the only place one could run to for help is the Government.
----

Comments for "Becoming a Parent "Kicked My Ass into Gear" "

1°/ "I never imagined loving someone more than my own self."

This is typical of manhood. Being manly does not consist, as superficial people think under the influence of propaganda using human pride, in copulating as much as possible (rabbits do that). It is often the opposite: being able to refrain from doing so for all kinds of reasons, from respecting his wife to refusing adultery, through natural birth control. To let go without apparent consequences at every desire thanks to contraception, is the opposite of virility. It is also a major obstacle to conversion (which disappears with the wife's menopause!). Indeed, it is very difficult to practice chastity abruptly in adulthood without having been trained and motivated by a good education from adolescence.

"True manhood involves more than simple sexual “preferences” or the question of who takes out the garbage. It involves primordial self-defining symbolism and emotions springing from the deepest hidden levels. To be a real man is to relate to those weaker—notably women and children—with gallantry, protection, and self-sacrifice. (Christians will note that this is how Christ, as a real Man, related to His bride, the Church.) We note this in a thousand ways: the man proposes the woman on bended knee, (not vice-versa), and in situations of danger, the man defends the woman even at the cost of his life. And this last example applies not just to the man’s own wife, but to any woman, precisely because she is a woman."

2°/ Sed contra. The rudeness of language, here extreme, like any other insanity, lowers man and is satanic in nature.

In short: "In clear progress but can - and must - do better".