Why Do Jews Stage "Hate Crimes?" "We found evidence of a crime,"
said the Winnipeg Police Chief.
"It just wasn't a hate crime,"
Kosher restaurant owners stage a hate-crime attack.
1000 man-hours by 25 officers were dedicated to this hoax
Winnipeg Mayor Bowman calls hoax "disgusting."
Will the family who staged this hoax get the Jussie Smollett (also Jewish) treatment? They have been charged with "public mischief" which includes jail time. Will they get it?
Latest - As usual Jews double down. We didn't do it!
-------------  Adam Green's Informative Take
Why Do Jews Stage "Hate Crimes?"   Answer in Conclusion
by Henry Makow PhD
The CBC reported Wednesday:
"An anti-Semitic attack originally called "the most brazen" the city had seen was staged by the owners of the restaurant that reported it, Winnipeg police say.
All three owners of the restaurant have been arrested and charged with public mischief after the incident was initially reported last week.
On Thursday evening, police responded to a report of an assault at the BerMax CaffÃ© and Bistro on Corydon Avenue just east of Kenaston Boulevard. A woman said she was assaulted, and the restaurant was spray-painted with hateful graffiti, police said.
Winnipeg police Chief Danny Smyth said Wednesday the incident was staged.
"The anti-Semitic graffiti and vandalism were also falsely reported as being done by outside suspects," Smyth said.
"We found evidence of a crime. It just wasn't a hate crime," said Smyth, adding the police expended considerable resources investigating the incident and took it seriously. 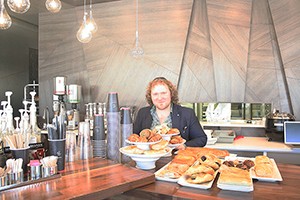 Alexander Berent, 56, Oxana Berent, 48, and son Maxim Berent, 29, (left) have all been charged with public mischief and were released after their arrest, police say. They are slated to appear in court in May.
[The restaurant was founded in 2015 by the Berent family - Jewish-Ukrainian immigrants who came to Canada in 2005 by way of Israel - and was operated by Oxana Berent and her son, Maxim.]
Smyth said he is disappointed by the allegedly staged crime and fears it will promote cynicism.
The incident took place the night before the start of Passover, a significant Jewish holiday.
"I just can't fathom how or why people would want to do such a terrible act," Elaine Goldstine, chief executive officer of the Jewish Federation of Winnipeg, said after the reports of the vandalism and attack last week. "We are horrified and saddened."
Smyth wouldn't speculate on a motive for staging the incident. He also would not comment on a previous report of a hate-motivated incident at the same restaurant.
This is how the incident was reported April 19:
'Most brazen act of anti-Semitism we've seen': Winnipeg Jewish community reeling after attack at BerMax CaffÃ©
The restaurant was severely vandalized and spray-painted with a swastika. A woman was assaulted and a Winnipeg restaurant was spray-painted with hateful graffiti Thursday, police say.
Police were called to BerMax CaffÃ© and Bistro, on Corydon Avenue just east of Kenaston Boulevard, around 10:45 p.m.
The woman was taken to hospital in stable condition, treated and released, police say.
The inside of the restaurant was almost entirely destroyed, with plates and glasses smashed to pieces, tables and chairs flipped over and other items scattered across the floor, according to police.
The same restaurant has been targeted with similar crimes four times in the past five months, Const. Rob Carver told reporters at a news conference Friday.
'Horrified and saddened' "I just can't fathom how or why people would want to do such a terrible act," said Elaine Goldstine, chief executive officer of the Jewish Federation of Winnipeg. "We are horrified and saddened."
Goldstine said previous incidents were limited to anti-Semitic graffiti. "This [violent attack] has taken things to the next level," she said.
"It's the most brazen act of anti-Semitism that we've seen in our community, and perhaps ever. We hope this is not a sign of things to come," he said.
Rev. Loraine MacKenzie Shepherd, a minister at Westworth United Church, came directly to BerMax CaffÃ© and Bistro after her Good Friday sermon ended to show her solidarity and offer support to the Jewish community.
"It's heartbreaking ... there's many reasons for fear and violence, misunderstanding is one of them, my wish is for all of those who are inclined to hate, to stop a bit, and to have the courage to speak," she said. "I would like to sit down with someone who has that hate and need to hear why and understand what is going on inside of you."  An interfaith vigil at her church Thursday "in solidarity with the Jewish community" has been cancelled.
Why Do Jews Stage "Hate Crimes?"
Here is an ad for a lecture in three weeks here in Winnipeg.

Obviously Organized Jewry is promoting a narrative that people defending their national and cultural identity, as well as their human and democratic rights, are "haters."
It's time ordinary Jews realize they are being led down the garden path by Organized Jewry. Jews have been enlisted as frontmen for the NWO and they will take the fall. They will have no one to blame but themselves. You never hear about Freemasons. That's the clue average Jews will take the blame. 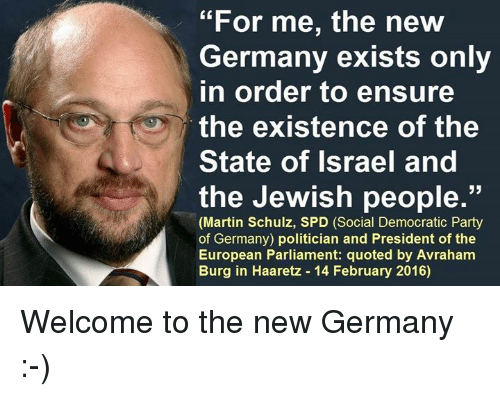 ("Time to pre-heat the ovens," is the comment on Voat Thursday)
The Jewish Conspiracy is real. Antisemitism is justified. Just watch what Chabad Jews are saying: "The New World Religion will be Jew worship. The goyim will serve the Jews."
Most Jews regard Chabad as fanatics but their demented ideology is driving the Rothschild banking cartel, Donald Trump, Bibi Netanyahu and the New World Order. They use banking, Freemasonry and Organized Jewry to control the government, media, corporations, education, and everything else.
"Diversity" is their term for destroying European homelands and culture. "Globalism" is code for their tyranny.
Unless ordinary Jews say, in the words of Samuel Goldwyn, "include me out", the antisemitic attacks of the future won't be hoaxes.
And like the boy who cried wolf, nobody will care.
-------
Related - Account in Canadian Jewish News
Reaction from B'nai Donate Now Brith   "We have been seeing an upsurge of grassroots activism in Winnipeg."  Indeed
Controversy over Linda Sarsour Visit
Why are Hate Hoaxes Considered Hate Crimes?
Makow---  Goyim are Trespassers in a Jewish World
-----  The Face of Communism Close to Home- Local Taxi Company Pays for Offending Jewish Passenger

Comments for " Why Do Jews Stage "Hate Crimes?" "

They stage hate crimes because they are too weak to just use truth and sincerity and humility as the key to life...

My alternative interpretation ala Talmud thinking:

"Horrified and saddened' "I just can't fathom how or why people would want to do such a terrible act [ and get caught]," said Elaine Goldstine, chief executive officer of the Jewish Federation of Winnipeg.

"We are horrified and saddened [ that they got caught doing this].""

When the benefit of the doubt is replaced by incredulousness, there be real wolves there.

This is not the first false flag event and it won't be the last. Deception is an old Mossad tactic designed to produce a reaction that favours and forwards their agenda while controlling the political climate with events like false flag hate crimes. This is why it won't stop anytime soon, it's been far too effective in directing the action against their targets to ever let it go.
The Jessie Smollett staged hate crime that was designed to implicate Trump supporter was a false flag gone bad. This did damage to any future and past legitimate hate crimes by spreading the seed of doubt with the public. The damage has been done, the public will always view the MSM scenario of these alleged hate crimes with scepticism.