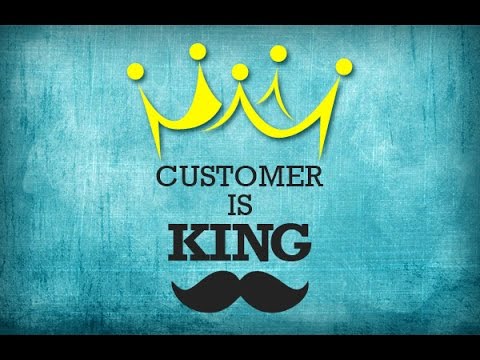 (left, the "king" is being dispossessed)
The banishment of conservative customers
by corporations mirrors
our ongoing disenfranchisement
in social media.
The sinister power behind this totalitarian trend
is Cabalist Jewish banker supremacism, i.e. Communism.
by Henry Makow PhD
Consumerism is the last area where the lowly individual is treated like a king. 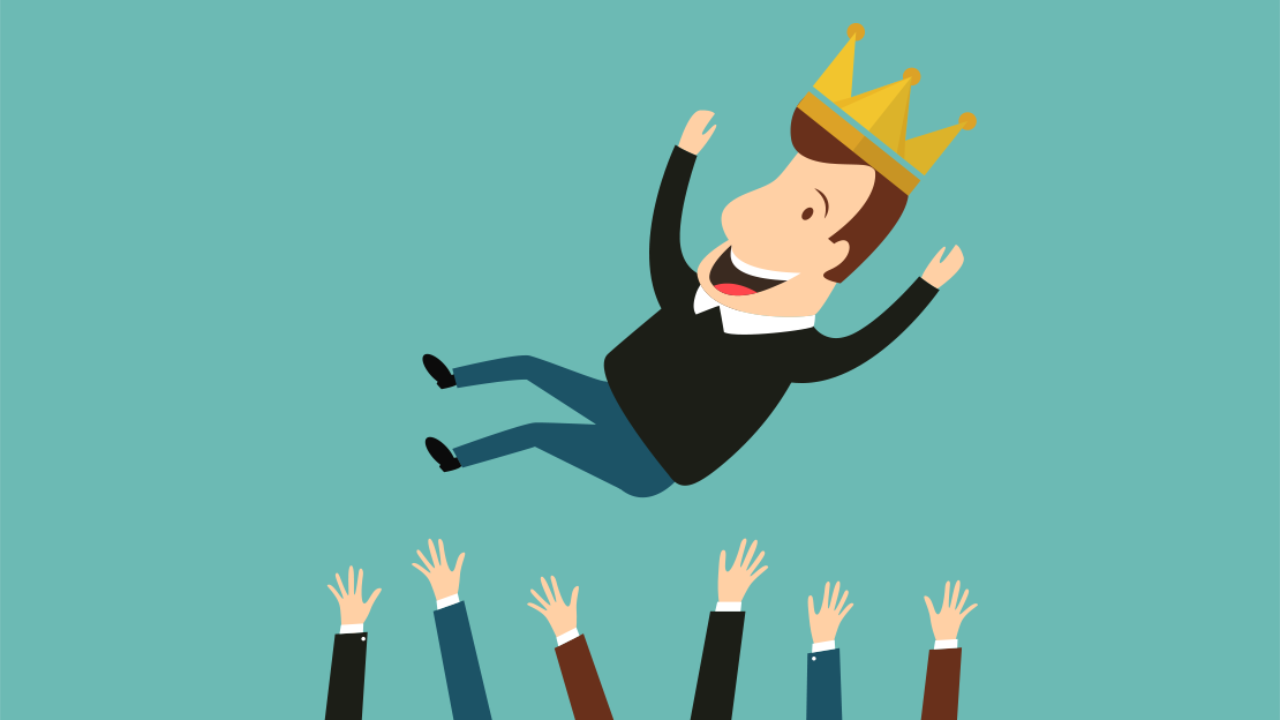 The siren call of advertising beckons the consumer. Alexa listens for our spending plans while Big Tech compiles our purchases. Pretty cashiers smile and wish us a good day. Armies of "customer service reps" are ready to placate us. Brands lower prices in pursuit of our dollar. While I feel powerless socially and politically, I definitely feel "like a somebody"  as a consumer.
Alas, all this is changing. Companies don't want your business if you don't support the socially destructive agenda of the Central Banking Cartel. Thus the NFL allowed its players to kneel during the National Anthem without concern of losing millions of patriotic fans. Starbucks doesn't want your orders if you don't normalize homosexuality. Similarly, Gillette customers must be in favor of transgenderism and against toxic masculinity. The film and entertainment industry insists on abortion.
The New American writes, "Nabisco mocks customers upset about a drag-queen Mother's Day cookie ad. Burger King subtly encourages people to throw its milkshakes at anti-European Union populists. And a beer company advocates hitting such people "over the head with a brick." Welcome to the new corporate activism and the principle "The conservative customer is always wrong."

There was a time, not long ago, when businesses largely adhered to the old advice "Never discuss politics or religion." And when explaining his lack of 1990s political activism, NBA legend Michael Jordan reportedly said, "Republicans buy shoes, too." But that was before the advent of "woke" corporate activism."

A reader wrote that Michael Collins Piper's video on Israel's Samson option "has been removed - go through lists of videos on YT - 99% of anything on holocaust revisionism removed....everything else e.g on Talmudism/Zionism etc being removed too. The show's over folks."

Brother Nathaniel writes,  "The Jewish censors of YouTube-ADL and SPLC-BANNED 156 of my Videos Wednesday. Their reason was that I was "Criticizing a Protected Group." Thus my Videos critical of AIPAC, Jewish Lobbies, Judaism, the Media, and Israel, were BANNED. Sum and substance?---JEWS are "protected" AS A GROUP from being criticized."

At the same time, Florida has criminalized "antisemitism" including criticism of Israel; and the Trump Administration has appointed an "antisemitism czar." 26 States have their own antisemitism laws.

All of this happened once before...in the USSR.

What is behind this polarization?

I'll cut to the chase. This is an extension of the Noahide Laws where you have a choice. You can be a Jew, an honorary Jew (Freemason) or you can be "decapitated." Cabalist Jews believe they are Chosen by God. The world belongs to them solely. The goyim were intended to serve them. Most Jews scoff at this self-serving fanaticism but it characterizes the leadership. 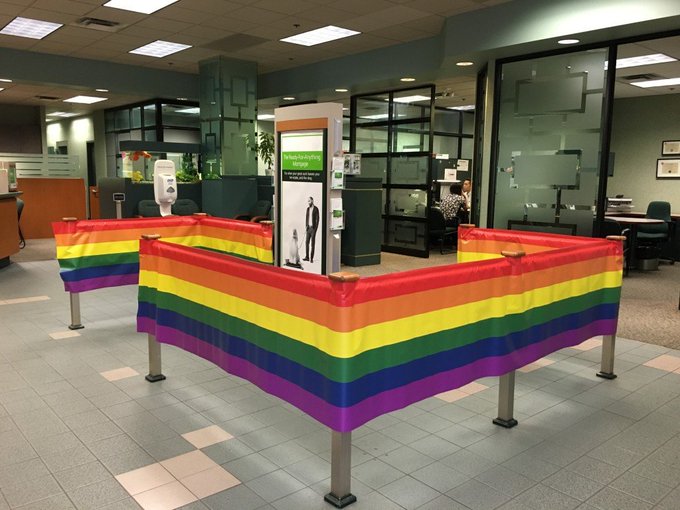 I define "Communism" as the monopoly over everything -- wealth, power and thought -- by the Cabalist (satanic) central bankers led by the Rothschilds. We have de facto Communism because the banking system and "money" are controlled by the Rothschilds. Our "money" is make-believe, just digits on their books until it is transformed into something tangible. They control all corporations; they control the lifeblood of society.

"Jewes" -- whether Jews or Gentile Freemasons -- are basically collaborators in the Rothschild racket. (They create the medium of exchange in the form of a debt to themselves and charge interest. This is something national governments could do debt-and-interest-free.)

The world is gradually splitting between people who collaborate in the Rothschild racket and its occult social agenda including mental enslavement, and those who demur. The former includes most of our "leaders," pundits and professors. Collaboration in this pernicious agenda is a condition of "success" in society. The traitors usually make the triangle or downward-prayer hand signs to signal their secret membership. The majority are unwitting collaborators.

People who wish to retain their religious, gender, national and racial identity increasingly will be marginalized.  We are being identified now by our social media posts.

We are the majority and must resist vigorously by boycotting "woke" companies and patronizing alternatives to youtube etc.

We have God on our side. You cannot defeat the Truth. We will win.

YouTube purges "bigoted" Videos
This will  not End Well - You Tube's Ban of "Extremist" Content
---
First Comment from Ken Adachi-
We need to analyze these developments rationally and recognize that easily 98 or 99% of humanity is opposed to the imposition of Marxist belief/thought-control coercion. The United States was founded on the principle of the superiority of INDIVIDUAL RIGHTS over that of state, monarchy or moneyed interests. America, and its respect for the sanctity of Individual liberties - up until recent times (thanks to Zio infiltrator corruption)  -  was the envy of the world since the liberties enshrined within the Constitution provided the safest framework for individual expression and growth. Salvation from oppression and tyranny in England or America NEVER came from above. It always came from the individual -The People -  on the lowest rung of government/corporate power ladder. Despite all the political corruption, infiltration by Zionists and satanist, and the unconstitutional dismantling of our rights, the US Patriot Act being the worst example, we still have the three branches of government, the courts, and the ballot box. Thus, we still retain avenues of power within our hands. But we have to USE it.
The censoring internet (and news media) outlets you mention are all founded and controlled by cooperating Zionist Jews. So naturally, they're going to abide with the JWO takeover agenda, along with those many corporations who are willing to play ball with them. But that doesn't mean that the 99% who don't want America to descend into a communist police state have to go along with it.
The only way we can retain our constitutional guarantees is for INDIVIDUALS (solo and collectively)  to take action using the same pressure tactics that governments and Illuminated corporations apply to coerce individuals to yield to their hegemony. If a few billion people could only realize the power they possess in CHOOSING which internet sites to use and which to shun, you could affect a power shift overnight.  You don't NEED Google when you can use a non-censoring search engine like DuckDuckGo.com. Or Twitter when you got Gab.com  Or Youtube, when there are other video platforms who don't censor.
If you want to watch Brother Nathanael's videos, then go to his website - and skip Youtube. We tend to forget that they NEED you to cooperate with and support them in order for them to exert any influence or power over us. Stop cooperating with those who are foisting suppression upon us.
ANYONE can start any sort of internet enterprise to compete with Amazon, Youtube, Twitter, etc.  etc, etc..It just takes ambition, will and drive. I'm sure that the guy who stated DuckDuckGo.com was just a single individual who got fed up with Google's censorship and wanted to do something about it. Same with the guy who started GAB.com
To borrow a line from a guy named Napoleon: "Think, and Grow Wise"
Final thought: The End Times, 'inevitable' "prophetic"  gloom expressed in Marc's comment to this article, is the end product of British Israel brainwashing instituted by Darby, the British Round Table and the Cyrus Scofield Bible in the latter half of the 19th century.(https://educate-yourself.org/cn/britishisraelhiddenhand10jul05.shtml ) It was created to encourage the capitulation to End Times 'Prophesy' and keep people docile and passive (by guess who?). Don't fall for it.
Hope begets Hope. Positive thinking brings positive change. Thoughts, words, intentions and attitudes shape the reality that forms around us. Think positive and become a force for Good. Just writing the words "We will Win" in your article, sets the etheric wheels in motion to create that reality - if enough people echo the same thought. Of course, PRAYING for changes in the right direction will greatly speed things up. People should remember that and take advantage of Divine assistance.

Just a few quick thoughts on this one:

1. We need to stop referring to Male and Female as "genders". They are "sexes". "Gender" is a social construct and not biology!
2. It is impossible to get away from Google if you have a Samsung phone. The apps and services are tied together. This is how deep this goes.
3. Perhaps to fight the large companies that support satanic ideals, we should all try to buy generic products as much as possible. Stop drinking Coke and Pepsi products; Stop going to high-end coffee shops; buy store brands whenever possible, or patronize as many small businesses as possible.
4. Try to stop over-consuming in general; this will also save us some money!
5. Display your Christian faith in your apparel and jewelry, and also in your behavior and speech. Be Christ-like and others will notice. We are everywhere and Satan will not beat us.

Maybe your readers can come up with more ideas.

Scary proposition and good insight here - until your last sentence. No, humans do not win. The NWO will have its way. They will install their god, the antichrist. Nothing can stop them for the Lord Almighty has decreed it to be so. He alone is sovereign. He never gives up on humanity unless they continue to insult Him with refusal to obey (Hebrews 10.26-31). This is the right and true prophesy according to His whole Word which never fades (Isaiah 40.8). Jesus Christ will be King through Father God's decree, and destroy all His enemies. He loves all people but also hates their rebellious deeds. Few there be that find the narrow gate and His gracious gift of repentance to avoid eternal damnation proclaims Christ (Matthew 7.13-14).

The dozens of mostly pagan New Age NWO true tellers I read occasionally trot out an out-of-context Bible passage or two sometimes even quoting Jesus. They NEVER quote all His Words in proper context, for they only proof text to most likely make them feel a bit better temporarily. Ultimately they wring their hands but also say the populace will wake up and mysteriously take over. But they NEVER suggest or begin to effectively strategize exactly the steps needed to achieve such a lofty and ambitious goal. Because there is none, and deep down I believe they know it. Human beings without the Holy Spirit have an infinite capacity for self-delusion and self-rationalization. And foolish arrogance in defiance of the loving offer from Christ is a powerful force for the continued rebellious evil in their life. So the Bible, the Word of the true God, reports.

Even the false religious Jewish leaders who had Him murdered knew exactly who He was since through His messianic miracles they declared this would prove to be the Messiah when He appeared (John 9).

Jesus Christ is either a liar for He said He was God and the Messiah, the Savior and King of the world. Or He is a lunatic, a crazy man deluded by religious fantasy. Or...He is exactly who He said He is...the Lord of lords and Master of the universe He created. There are no other options.

For you and your readers the ancient question remains. Who do you say He is? For He is and remains your only hope.

Even the NFL is taking a tremendous clobbering because of its perceived lack of patriotism. Chick fil'A is absolutely packing in customers in Santa Fe, undoubtedly in part because of its publicized rejection of homosexuality. A similar phenomenon has been visible at our local Hobby Lobby, which has a highly publicized stance against abortion and plays religious music non-stop as you shop. Boycott. Divest. Sanction. We need to be upbeat.