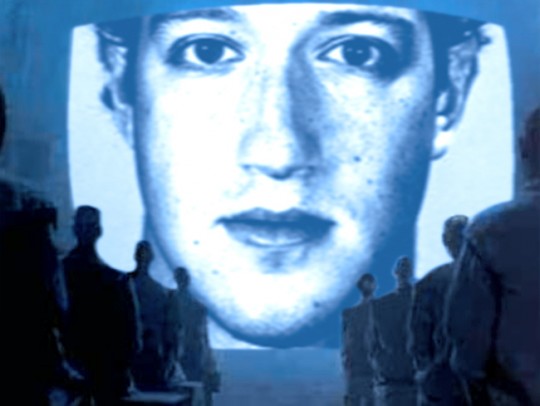 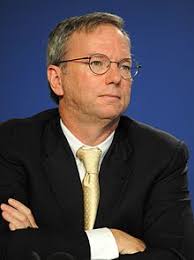 Eric Schmidt was the poster child for the Silicon Valley geniuses who ran corporations that are basically exempt from prosecution as the facade for military-weaponized companies that are always funded by the same evil bankers--Fidelity Investment, Vanguard, T. Rowe Price, BlackRock, JPMorgan, HSBC, Accel Partners, Kleiner Perkins and the rest of the Silicon Valley venture capitalist who always make a killing from companies who get no-bid government contracts. These companies, like Facebook, are just an excuse for black-ops experiments to control the enemy - and Mark doesn't know who the enemy is. Mark's lack of a moral compass made him the perfect patsy for the new "military experiments on U. S. citizens."
I believe now, since Mark was well-aware of the evil intentions of the government, that he has committed crimes of many types with the clear, pre-meditated intention of harming every user of Facebook. That is why Mark let Facebook be used to manipulate elections, he has no moral core. I personally saw the "template" that Hillary ordered that uses Facebook to manipulate voters to win elections for her. Given the amount of election interference by Big-Tech in 2016, I became a reluctant believer in miracles.
I have seen the truth concerning the supposed "Russian Interference" and can tell you that it was all made up and, in fact, was the exact opposite of what the media reported. I have seen so many illegal actions of Facebook that I am indeed complicit with the crimes. That is one of the reasons I must remain anonymous. But I assure you, if I testified, Mark and I would be locked up along with the other members of the Fellowship as well as many, many other Facebook employees.
It is due to the truth that is currently coming out in the media that I feel I can reveal what I witnessed so that Mark and the "U. S. and British military controlled" Facebook can be charged with criminal activity instead of simply being hit with anti-trust charges that will only split Facebook into many subsidiaries - which would simply make Mark even more rich.
Then, the poor suckers who believed in Facebook will be left holding the bag - an empty bag of a gutted Facebook worth little or nothing. Mark will simply rebrand and go on with multiple companies that will be just as big as Facebook. He will escape unscathed, protected again by his military handlers who, by the way, were insider traders from the beginning of Facebook and will be allowed to buy into the new companies from the beginning also.
Once again, [it's the] the use of taxpayer dollars [that go] to private corporations run by stooges and controlled by non-Americans. Yes, I just called Mark a stooge because he actually has no clue what he is doing - at all. Just ask him to write a simple program in any code he would like - he can't, he is a fraud and always was.
Though I will not tell you who the members of Mark Zuckerberg's "Fellowship" group were, I can point out that all of the original members of Facebook knew from the beginning that it was a military project for cyber warfare mind-control. Everything done from the beginning was an experiment to see just how far a social media platform could go to "conquer the enemy" through behavioral manipulation with electronic warfare. The idea that Mark wanted to connect all college students in America was a novel idea that was far from the true intention of mind-control of every user in the world. 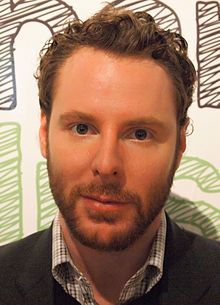 Free platforms like Google, Gmail, Facebook, and the rest were confidence tricks to get users to experiment on. My old buddy, Sean Parker, left, an early member of Facebook has "confessed all" to the media and specifically told the truth that Facebook was meant as a cyber-drug to create and control addicts - digital addicts. As Sean said, we knew from the beginning it was harming every user and that is why we never let our friends or our children use these systems - it harms them tremendously and was the original intent of the media. Mark and I were told by representatives of DARPA that that was the intent of Facebook from its inception.
The U. S. Patriot Act allows the military to consider every American a possible terrorist or enemy warfighter until proven otherwise. Every person on the Internet, which was also created by DARPA, is considered a cyber-terrorist and the military sees it as their job to create systems to surveil, target, disarm, and aggressively remote control the user. I hated the idea from the first time I heard of it. Personally, I have never used Facebook and don't let anyone I love use it.
Mark would use patriot arguments, like the ones mentioned above, to justify his participation in this black-ops CIA operation to the Fellowship. We argued with him, but to no avail. Mark basically believed anything his "controllers" told him. We would sometimes convince him that the project was "dead wrong", but all it took was one phone call from "above" and Mark went back to his scheming.
It was truly pathetic to see that Mark had no freedom but was told what to do. He was also so poorly organized and such a muddled thinker that he couldn't get anything done: homework, schoolwork, project work, nothing. So, there was always clean up to be done after Mark, especially when the company got big. Clean-up would include stupid stuff like paying others millions for "stealing" their code, making stupid statements every time he opened his mouth, or the lack of attention he gave to the running of the company.
Mark was always a mess and the Fellowship, as well as Larry Summers' squeeze Sheryl Sandberg--those soul-less megalomaniacs deserve each other--helped the handlers control Mark, were always picking up the broken pieces and trying to glue them back together. But this time, Facebook and Mark cannot be fixed.
Continues Part Two

Now we get to see once and for all if America is the land of the free or on complete communist lockdown. My bet is that nothing will change concerning Zuckerberg or Facebook or the real rulers of America. Brave individual coming forward like that. He won't live long i am afraid.

Henry, it is quite strange for me to see people who still talk as if they have doubts about whether Google, Facebook can & do spy on us.
i thought this was common knowledge over 10 years ago.

its inconceivable that the creators of these sites/platforms would make something like this without ensuring that they themselves are able to eavesdrop in on all our posts, messages etc and they will also create ways for the military to be able to access all this as well. even before 9/11 & the Patriot Act i still believed that they had complete access to everything.

but my view on this is: So what? let them waste their time reading my messages and posts.
Google & Facebook etc are useful tools and i think its a bit foolish to stay away from them just bcos the govt and God knows who else is able to intercept your communications.
it seems to be that some people have an inflated ego if they think theyre SO important that out of billions of users/accounts, theirs will be selected for scrutiny.
if anything, i hope that those well paid puppets who read our messages, end up learning something from us.

theyre human after all & no matter how much the govt or military tries to convince them about certain issues, im hoping that they will listen to their hearts/conscience and do the right thing if & when the time comes.
same with all members of the military & law enforcement.

as far as Mark Zuckerburg is concerned, i don't care- theres so many other things that i believe to be true, that many others would think to be conspiracy theory, so its not far fetched for this story to also be true.

actually, nothing much surprises me these days when it comes to the Zionist banking cartel & their cronies.

Well, I am glad I never went near Facebook. Had weird feelings about it since I am suspicious by nature. Also, I remember reading that even after you log out you're tracked.
Anyway, what is with the Mark Greenberg claim?
No attempt to substantiate it. This is all getting too much. I'm sure you've seen it before. I was hoping that someone knowledgeable would pick up on that in the comments.

I have just finished listening to an exhausting 3-hour Alex Jones segment (Thursday, June 13, 2019) where he talks about how, despite the probableness of false flags in such situations, Iran is definitely burning tankers in the Persian gulf (because it's the only power in the region technologically capable of attacking a ship!!!!!), about how Hezbollah and Yemen control the Democratic party, about how the Chinese are totally and undeniably behind Google and Facebook censorship along with the omnipotent gay community, about how the template to victory is found in the WWII Allies' struggle...blah...blah...blah.

I've learned more from this short article about how the world is run than by anything in that 3-hour screamfest. I had no idea Zuckerberg was under mind-control. I had no idea Satan's power was so strong right from the beginning of Facebook. I'll be praying for this person whomever he is. Thank you, Henry, for making sense of life again.