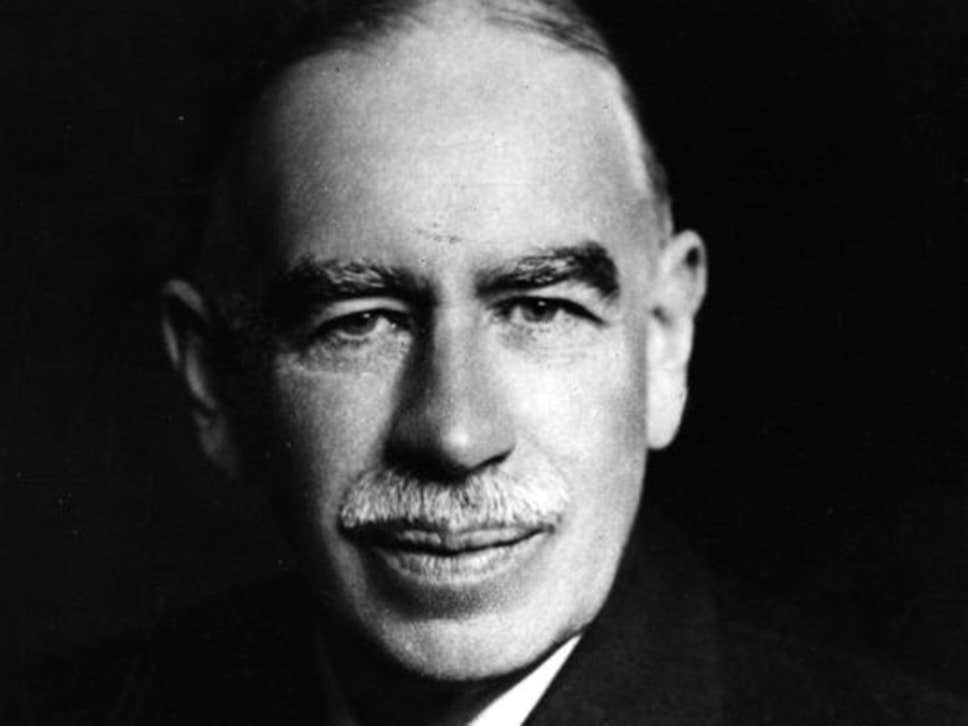 "Keynes was the chief intellectual influence
on English public life in the twentieth century,"
-- biographer Richard Davenport-Hines.
Keynes' name is synonymous with stimulus spending
and debt,  which enriches the central bankers.
He is additional evidence that pedophiles
run Western society on behalf of the Rothschilds.
"Keynes was a libertine hedonist who wasted most of his adult life engaging in sexual relationships with children, including travelling around the Mediterranean visiting children's brothels. [This is verified by references in his letters. See footnotes] ...Keynes was part of a generation that rose against Victorian traditions and regarded them as a repressive institution to be brought down. It is impossible to understand the economics of Keynes without understanding the kind of morality he wanted to see in a society he increasingly believed he could shape according to his own will." Saifedean Ammous The Bitcoin Standard p.95
John Maynard Keynes: New biography reveals shocking details about the economist's sex life
by Sean O'Grady
(henrymakow.com)
Putting "sex lives of politicians" into Google yields 6,820 hits. The Roman emperors score 3,220. For great artists, it's a respectable, if that's the word, 2,090 hits. But "sex lives of economists"? "No results found".
Perhaps that's to be expected for what Thomas Carlyle described as the "dismal science". Yet the greatest and most revolutionary economist of the 20th century, John Maynard Keynes, (1883-1946) applied the same sort of unconventional adventurism to his sex life, and this most intellectual of men was also possessed of considerable carnal curiosity. In the latest biography of him, by Richard Davenport-Hines, we learn a great deal more about his habits. 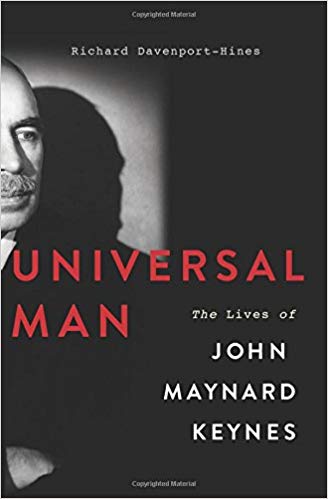 Basically, Keynes collected and catalogued his sexual activities as obsessively as other men did postage stamps (indeed that was an early hobby of his - make of it what you will). He kept detailed records of encounters, with names or initials of partners, allocated by year from 1901 - his first sexual experience, with a fellow Etonian, at age 17 - though the classification had ceased by 1925, when he married the Russian ballerina Lydia Lopokova.
She was no beard - they were deeply in love, and apparently greatly enjoyed foreplay: "I want to be foxed and gobbled abundantly," he once wrote, while she referred to his "nimble fingers". He wasn't a perfect lover, however, and was rumoured to suffer premature ejaculation. Wittgenstein went on honeymoon with them, which can't have helped.
Bi, bi-curious, gay, straight, or what? Keynes seems, successively, predominantly homosexual and then mostly heterosexual, changing his mind - radically - about the balance of his sex life in middle age, much in the way he rejected classical economics for his new theories. ("When the facts change, I change my mind. What do you do, sir?")
Before then - it's not known whether he was monogamous after his marriage - he was promiscuous and in Edwardian times, as now, there was plenty of cruising, if you wanted it. And Keynes did. He went "feasting with panthers" in railway carriages, Cambridge colleges, and across London - Soho and Bloomsbury were centres of this demimonde, as were public parks and baths. 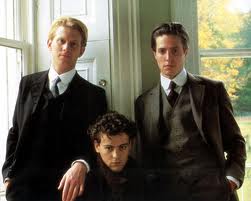 One list reveals his catholic tastes: "Stable boy of Park Lane; The Swede of the National Gallery; The Soldier of the baths; The French Conscript; The Blackmailer; sixteen-year-old under Etna; Lift boy of Vauxhall; Jewboy; Grand Duke Cyril of the Paris Baths..."
He had 65 encounters in 1909, 26 in 1910, 39 in 1911... Thus did Keynes at least meet people from less privileged backgrounds and less clever than he - which may have made him more liberal and tolerant. That in turn gave his economic mission - to ensure everyone had the means of life and to enjoy the arts - a personal motivation.
There were longer lasting affairs too, the most significant being with Duncan Grant, an artistic dilettante and former lover of Lytton Strachey. When the latter found out about Maynard it sparked a bitchy reaction; "Oh heaven! Heaven! The thought recoils, and I find myself shrieking and raving." Keynes was "reeking of that semen".
Rent boys were not ruled out, nor ménages à trois. A Mrs Anderson, for example, was picked up because she wanted to watch "you two boys having a bit of fun together". This later developed into a foursome, with a bowler-hatted young man from Ealing joining in: Keynes nipped out to get him much as you might pop to the shops if you'd run out of milk. 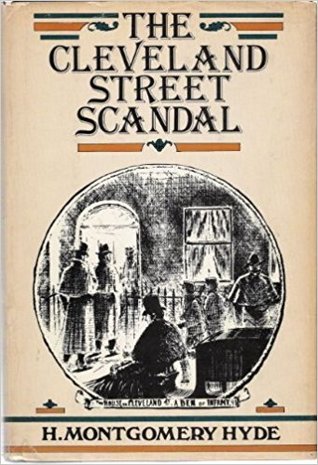 The Cleveland Street Scandal of 1889 alerted wider society to the practice of men procuring GPO telegram delivery boys for cheap sex in makeshift brothels (four shillings the going rate - about £23 now). Yet even after the life sentence laid down for sodomy in an 1885 law (it's an apocryphal story that lesbianism was omitted because Queen Victoria couldn't understand it), and the trial of Oscar Wilde for gross indecency, things were less repressive in Keynes' day than in the 1950s, when police persecution and entrapment of men such as Alan Turing, John Gielgud and Lord Montagu peaked in its cruelty. One wonders what we might have lost had Keynes, who died in 1946, suffered what Turing did.
The mighty mathematician Keynes did not discover a correlation between his luck in bedding his conquests and movements in national income. A link between gross domestic product and gross indecency would have been a great discovery: about the only opportunity this econo-sexual missed.
--------------------------
Related- Revilo Oliver - The Homosexual Conspiracy Against Society
Keynes the Man- Hero or Villain - Murray Rothbard   (YouTube)
from Peter W

The chief American Fabians, acting as carriers of the Keynesian sickness, were Felix Frankfurter and Walter Lippmann. Covertly, they mobilized their Leftist ...

Keynes at Harvard: Economic Deception as a Political Credo

The FabianSociety: Masters of Subversion Unmasked, by Cassivellaunus. A brief ... To sugar-coat their calls for state control of the economy, the Fabians called for growing ... Like the other false prophet of Socialism, Karl Marx, Keynes was an ...
[PDF]

Keynes, the Labour Movement, and How to Pay for the War - Core

Nov 28, 2018 -John Maynard Keynes's war-time proposals for compulsory saving or ... to various groups including theFabianSociety and the National Trade ..... There was a good case for sugar and butter rationing but when they got to.
First Comment by TL
This has already been hinted by your house satanist, Aloysius Fozdyke, back in 2010
Satanist Insider: "There is No Escape!"
"As to the coming economic depression, all that is great is built upon sorrow. It was engineered before I was born. I have heard the names of those responsible but honestly I've forgotten exactly who was who. Keynes was the front man. I was told he had certain sexual needs which were used against him. We are ready and able to obtain additional assets at their bargain basement price. People remain our best acquisitions: politicians, academics, entertainers and the media."
I have never really been able to grasp his theories at school, sometimes, I just memorized them word by word. It seems the problem was not with me ...

I suppose if they print money out of thin air for nothing, that's where they think babies come from.

"The mighty mathematician Keynes did not discover a correlation between his luck in bedding his conquests and movements in national income". I believe the term for stimulating a depressed economy (being in the shit)
is pump priming.

We need to be careful not to throw babies out with the bathwater. More welfare, carefully targeted, might have meant less desperate individuals along the shores of the Mediterranean for Keynesian predators.

I guess when we say Economists know the price of everything and the value of nothing, we forget the satanists, who a surplus of inverted values.

Thanks for another important article. I am not sure whether I could agree on your assertion that pedophiles rule the world for the Rothschild Crime Syndicate. Keynes was not the only pedophile, though among bankers this aberration might be more common than in other occupations. At any rate, the Keynes story reminded me immediately of André GIDE, another noted pedophile, but who was very open about it (see his Journal, especially until 1939). And Gide was given a Nobel Prize. Others, like Harry Graf KESSLER, who also kept a lively, highly interesting diary were just regular faggots, though he might have been also a pedophile as is so often the case, see J.K. DOVER on Greek Homosexuality.

My point being that until the Second World War, pedophilia might have been a fashionable, upper-class, manifestation of snobbery. And an area where the upper class might meet the underclass, both being sworn to secrecy. In other words, rather a sociological and cultural phenomenon than a political one.

Gays for the most part don't have have kids or if they do, want lots of support from government services. How many gays are not socialists and how many members of strong and intact generational families are? It's almost 0% for both groups.