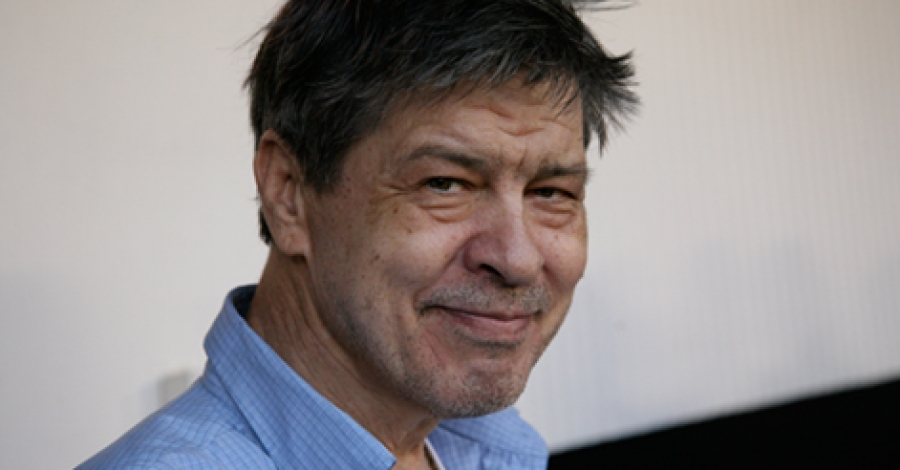 (left, Joe Sobran, 1946-2010)
How does a tiny country like Israel control the most powerful country on earth, the USA?  Israel is the Rothschild's personal fiefdom - their army, nuclear arsenal and secret service. The Rothschilds produce US currency out of thin air in the form of a debt to themselves. The US and all countries could do this themselves debt-and-interest free. The Rothschilds must enslave mankind in order to protect this scam and collect on their "debt." This is the essence of Communism.   The US is the Rothschild's bitch. Indeed anyone who wishes to succeed must be a witting or unwitting collaborator in the Rothschild's scam.
For essays like "The Jewish Faction," Joe Sobran, an editor at the National Review, was fired. No country that allows its banking system to be controlled by its arch enemies can expect to remain free. The world has been colonized by the central banking cartel using Freemasonry & Organized Jewry as its instruments.  Sobran says "Jews" think they're persecuted when in fact their leaders persecute mankind. This has become evident as Westerners see their cultural values, freedom and security eroded, and genocide promoted by migration and miscegenation.
"At any rate, Christians knew from the start how the Tribe felt about them, and nothing has changed since then except that today's Christians have become remarkably naive about it. Christ tells us to forgive our enemies, but he doesn't ask us to pretend that they are our friends... "
The Jewish Establishment (Sept. 1995)
by Joe Sobran
(Excerpt by henrymakow.com)
The Jewish establishment, it hardly needs saying, is predominantly secularist and systematically anti-Christian. In fact, it is unified far more by its hostility to Christianity than by its support of Israel, on which it is somewhat divided. The more left-wing Jews are faintly critical of Israel, though never questioning its "right to exist" -- that is, its right to exist on terms forbidden to any Christian country; that is, its right to deny rights to non-Jews.
A state that treated Jews as Israel treats gentiles would be condemned outright as Nazi-like. But Israel is called "democratic," even "pluralistic."
Explicitly "Jewish" organizations like the American Jewish Committee and the Anti-Defamation League enforce a dual standard. What is permitted to Israel is forbidden to America.
This is not just thoughtless inconsistency. These organizations consciously support one set of principles here -- equal rights for all, ethnic neutrality, separation of church and state -- and their precise opposites in Israel, where Jewish ancestry and religion enjoy privilege. They "pass" as Jeffersonians when it serves their purpose, espousing rules that win the assent of most Americans. At the same time, they are bent on sacrificing the national interest of the United States to the interests of Israel, under the pretense that both countries' interests are identical. (There is, of course, no countervailing American lobby in Israel.) 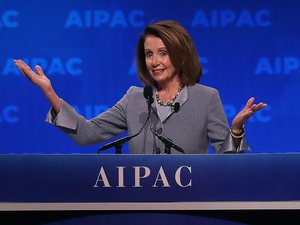 The single most powerful Jewish lobbying group is the American Israel Public Affairs Committee (AIPAC), which, as its former director Thomas Dine openly boasted, controls Congress. At a time when even Medicare may face budget cuts, aid to Israel remains untouchable. If the Israelis were to begin "ethnic cleansing" against Arabs in Israel and the occupied lands, it is inconceivable that any American political figure would demand the kind of military strike now being urged against the Serbs in ex-Yugoslavia.
Jewish-owned publications like the Wall Street Journal, The New Republic, The Atlantic Monthly, U.S. News & World Report, the New York Post, and New York's Daily News emit relentless pro-Israel propaganda; so do such pundits as William Safire, A.M. Rosenthal, Charles Krauthammer, Jeane Kirkpatrick, and George Will, to name a few.
That Israel's journalistic partisans include so many gentiles -- lapsed goyim, you might say -- is one more sign of the Jewish establishment's power. So is the fact that this fact isn't mentioned in public (though it is hardly unnoticed in private.)
ANTI-SEMITE AS CURSE 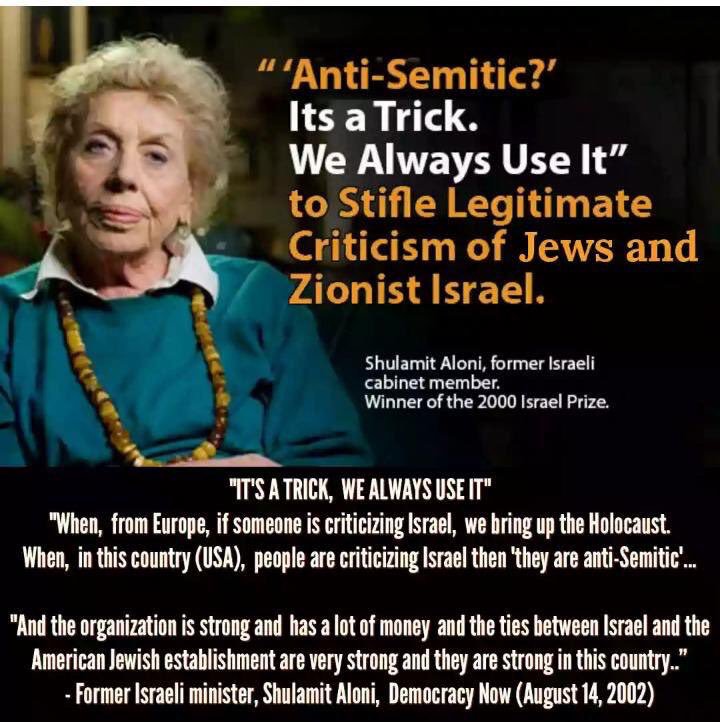 On the concept of Israel controlling America. Iâ€™d suggest thatâ€™s an outward appearance.

If all the higher ups are â€˜in on itâ€™ together, in the Masonry and Bâ€™nai Bâ€™rith-sense, we could argue thereâ€™s more of collaboration and cooperation in direction setting. Just as we see in countries, states and cities, laws being passed that seem to be authored at the same source.

As mentioned in your article, that semi-hidden hand of those such as the Rothschilds are identifiable as they bring uniformity to the organized chaos. They have a limited playbook and their activities are recognizable every time.

Iâ€™d suggest that the United States, Israel, Britain and others are all playing the same game as they have the same leadership. Some are further ahead in certain characteristics and functions than others, with all on the same path. The only solution being an awake population. But they know this and thatâ€™s why they carry out 24/7 psychological warfare.

We - Aryans - are responsible for 97% of all human scientific and technological progress in history. At the same time we are more compassionate - less self centered - than any other race. We are the only race that cares about the future of humanity, the preservation of the planet and the animals species that are living within it.

We like taking a walk in Nature - I like forests and seas and hate concrete crowded places - especially if they don't have a park with lots of trees, plants and flowers near by. I like looking at fellow Whites and feel this deep connection of brotherhood, family and belonging...

When our race pushes the frontiers of human exploration and science - like in 97% of the time - the ones who are credited for this achievement are "humanity" or "mankind" as a whole... i.e.. "Mankind landed on the moon"... "Mankind invented this and that"... in other words every positive invention is attributed to "mankind" instead of the real creators - we the White race.

Yet when something bad happens they have no problem putting the blame on us "Whites"... i.e. Whites did the "Holocaust". Whites did "slavery". Whites did colonialism etc.

Our only negative side is that we are cucked and as a German by blood I can also see why : We were taken over by Cultural Marxism i.e. evil ideas of racial and gender equality (Feminism) that are killing our fertility and our racial integrity and leading us towards genocide.

My ancestral homeland is already cucked by putting German feminists in charge of the military whose very existence is meaningless in the face of all the subversion and alien invasion that's taking place in Germany.

We only need to awaken our people - fellow Aryans - worldwide, unite and fight for our survival and we shall win

An Anti-Semite is someone the Jews hate.

If sufficient people had their thinking caps on they would see that the Jews of today have little to complain about, if people did sufficient study of them they would see a totally disproportionate amount of Jews
and crypto Jews in their media and if their thinking caps were still cool enough to keep on their hotted up heads, they might even ask why?

Either the Jews have the right God, who works only for them, or the Jews are so superior to everyone else they succeed beyond all expectations like no other groups, or there is some kind of conspiracy going on
behind the scenes in the form of then kind of discrimination and in group preference that these days is denied to all other groups. Or we, the people, really are this stupid.

The article targets Jewish sectors and Israel. The this involves the International Jew Bankers goes without saying.