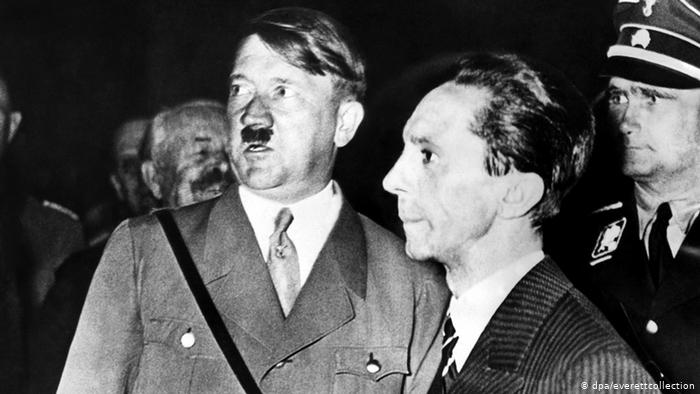 "In May 1944 the deportation of Hungary's Jews to Auschwitz began. In just eight weeks, some 424,000 Jews were deported. By the end of the Holocaust, some 565,000 Hungarian Jews had been murdered."
This is the official history but Goebbel's diary refers only to railcar shortages and using Hungarian Jews for labor.
Even a "holocaust denier" like David Irving acknowledges that two million Jews were gassed.  It's a shame that other details cannot be scrutinized without fear of persecution.
Trust Sabbatean Zionists to politically exploit a human tragedy that they were partly responsible for.
Joseph Goebbels Diaries Reveal Inconvenient Truths that Challenge Conventional Narratives
By Thomas Muller
(Excerpt by henrymakow.com)
Apr 18, 1944 (II.12.44)
"The Führer then explained to the Gauleiters the background of his campaign in Hungary, and how it was designed. ...In particular, the Führer expected contributions from Hungary of food, oil, manganese, and people. In particular, he wants the 700,000 Jews in Hungary involved in beneficial activities for our war effort."
Apr 27, 1944 (II.12.199)
"300,000 Hungarian Jews have been detained and imprisoned in the concentration camps. They should come, in large part, to Germany as a workforce. Himmler will take care of this; above all, they are to be used for our difficult war production programs." 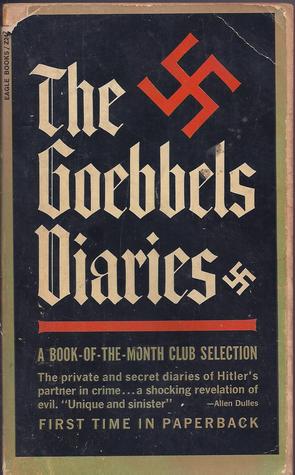 May 4, 1944 (II.12.232)
"Our plenipotentiary in Hungary, Veesenmayer, gives an excellent speech on the decisive Hungarian factors. ...In particular, it's to his credit that the Hungarian potential is now in large part requisitioned for our war efforts. Also, the Jewish Question is now being handled more energetically. I insist that the measures taken against the Jews in Hungary have a factual basis. It's not enough that one only announces in the press what happens, but one must also explain it. In Budapest, the Jews are starting to be gathered into ghettos. The ghettos are built in the vicinity of the armament factories because air attacks are likely there. It is hoped thereby to avoid British-American attacks on Budapest, if at all possible."
By 1944, Germany's war production had relocated factories to bomb-proof underground locations, and small, satellite camps near factory locations. In Hungary, the Jewish labor force was already on or near location. But labor shortages were so dire that Nazi officials requested 700,000 Hungarian Jews be pulled from the satellite camps and brought to Germany for labor in armaments production. In 1944, any and all Europeans were conscripted into the labor force.
Many able-bodied Hungarian Jewish men were also up in the Carpathian mountains building massive in-depth defensive fortifications in summer 1944. They usually were labor battalions under Hungarian command.
A letter from Hitler to Horthy was uncovered. Hitler says Hungarian Jews will not sit out the war. A week later, on April 9, 1944, Prime Minister Sztójay places 300,000 Jewish laborers at the disposal of the Reich. Winter Watch note: There were 800,000 Jews in Hungary at this time.
Even so in this Times of Israel article from 2016 we see a fessing up, describing the "Glass House" operation whereby 50,000 to 80,000 Hungarian Jews were given passes to leave the country to Palestine.
In 1944, the Jews were still a strongly entwined group, especially in the economy. The expulsion of all Hungarian Jews, or those in the provinces outside Budapest, in an interval of two months, would have been like a virtual atom bomb dropped on the Hungarian economy.
As of April 19, 1944, the German authorities in Hungary were "encountering greatest difficulties" procuring rail transport even for 10,000 employable Jews on their hands. On April 27, they reported that, while transport had finally been arranged for 4,000 of them, rail shortages were still delaying the deportations for labor, which at that point contemplated 50,000 employable Jews.
Auschwitz was a large industrial complex. Much smaller contingents of Hungarian Jews would have been sent there as labor. But to use scarce rail stock to ship the infirm, elderly and children off to Auschwitz?
Yet, a fictitious claim attributed to the Auschwitz "camp resistance movement" states that from May 15 to May 25, 1944, each day saw 13 trains arrive, each train consisting of 48 to 50 cars, 100 Hungarian Jews to a car. That's 62,400 to 65,000 per day. There are no records of protests from German officials about having these valuable rail assets commandeered.
Other claims place 147 separate trains with box-car transports that were used. From Aug. 7-30, 1944, some 74,000 more Polish Jews were railed in from Lodz. In the midst of it, 7,503 ghetto inhabitants from Terezin (Theresienstadt), in western Bohemia, were sent 400 miles east to Auschwitz on three transports (May 15, May 16 and May 18, 1944).
Between Sept. 28 and Oct. 28, 1944, with the war lost and German columns pinned down all over Europe, the SS allegedly transported 18,402 Jews from Theresienstadt, Bohemia (today's Czech Republic) to Auschwitz, Poland, in 11 transports (over 180 box cars). The gassings allegedly continued until late October 1944.
These multiple mass movement of people operations would have to occur throughout the summer and fall of 1944 as German lines crumbled before Allied and Soviet offensives. Axis forces faced severe manpower and supply shortages largely impacted by transport and deployment.
D-Day was in June 1944. At about the time of the Normandy breakout at St. Lo, a massive Soviet offensive called Operation Bagration started on June 22, 1944, that caught the Axis poorly deployed.
The Soviets focused their massive attacks on Army Group Centre -- not Army Group North Ukraine, as the Germans had originally expected. More than 2.3 million Soviet troops went into action against German Army Group Centre, which had a strength of fewer than 800,000 men. At the points of attack, the numerical and quality advantages of the Soviet forces were overwhelming.
By early August 1944, the Soviets were just east of Auschwitz, approaching Krakow, Poland, and were in eastern Slovakia. The German Luftwaffe was effectively neutered in these offensives and making desperate attempts to interdict Allied air raids. At this point, Germany was facing a refugee onslaught in the evacuation of its own nationals.
Furthermore, if extermination was the objective, why not improvise means to kill them in Hungary, and perhaps even blame it on the Hungarians? In fact, there are sites in Hungary that need to be disinterred. Although sites like Cservenka and Kerecsend have turned up smaller numbers of bodies, historians wedded to the Auschwitz story keep the forensics proceeding slowly, if at all. In actuality, most of the mass graves unearthed in Hungary contained the bodies of Hungarians who support the Axis war effort.

The basic problem with the holocaust is this: If they say that Hitler killed six million Jews, its sounds plausible, although it contradicts known Jewish population records. But when they say they were gassed 100 at a time, when the camp had crematoria for about 8 - 18 at a time and it takes at least an hour to cremate a body - think about it - a stack of rotting corpses in a room that would have to be moved to the crematoria to be cremated a few at a time - or that they were then moved to a pile where they were cremated all at once on a pile of wood. Its not easy to move dead bodies around as the Bolsheviks (Russian Jews) found out when they killed sixty million Christians - its easier to move the living than the dead. People that conduct mass executions do not go to the trouble of moving millions of dead when the living can walk. In a war its no trouble to find soldiers that love killing, and 6 million bullets has to be cheaper than facilities for gassing six million people.
General Motors doesn't build 20,000 cars in a factory per day in a system that can only paint 2000 cars per day, nor do they move their cars to another factory for painting.

They always put the nonsense at the beginning of the narrative, to get us to accept the precept. Once you accept the precept, everything else sounds believable, but in this case only if you dispense with logic for the rest of the story.

Marcos covered it pretty well in his response. Modern Judaism's world conquest goals are a distortion. There are different dispensations, ages in the history
covered by the Bible. We are in the age of grace. God did something new through concluding all are under sin, Jew and Gentile alike. There is a coming day of judgment for the world that doesn't accept God's gift of eternal life
but applying OT tactics of driving out current inhabitants of Palestine is a complete deception. The message for all Jew and Gentile is to simply repent and believe the Gospel as Jesus presented and explained in the New Testament.